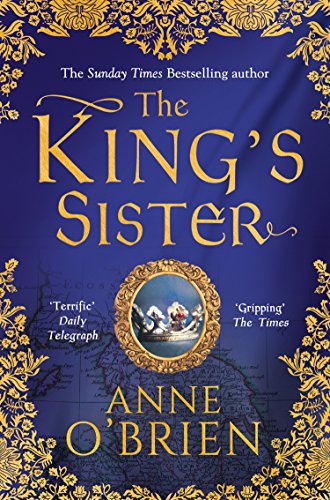 England’s Forgotten Queens ‘The gripping tale of Elizabeth of Lancaster, sibling of Henry IV. Packed with love, loss and intrigue’ – Sunday Express S Magazine One betrayal is all it takes to change history 1382. Daughter of John of Gaunt, sister to the future King Henry IV, Elizabeth of Lancaster has learned the shrewd tricks of the court from England’s … END_OF_DOCUMENT_TOKEN_TO_BE_REPLACED 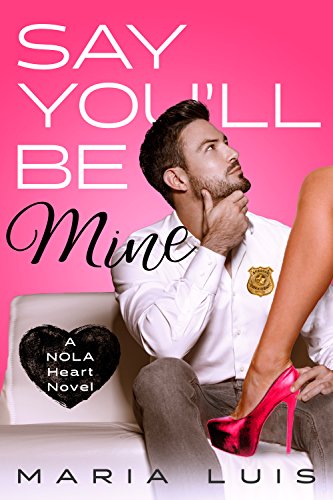 Laws of Engagement for dealing with an Ex:Rule #1: Don’t give into temptation for a kiss just to see if they taste the same.Rule #2: No clothing removal. Seriously, don’t take them off. Twelve years and too many pairs of stilettos later, Shaelyn Lawrence is back where she started: New Orleans. She’s returned only to take care of her grandmother, … END_OF_DOCUMENT_TOKEN_TO_BE_REPLACED 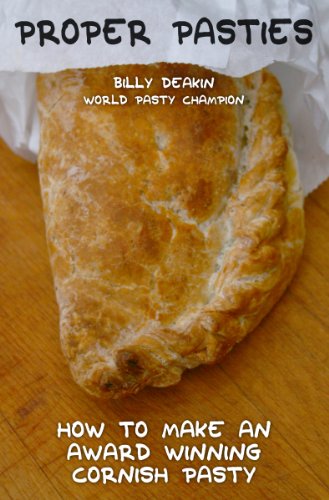 In ‘Proper Pasties" Billy Deakin, 2 times World Pasty Champion, delves into the colourful history of the Cornish pasty and what it means to the Cornish people. From tin mining and pilchard driving in Cornwall, to the 2012 "pasty tax scandal" and beyond, the book discusses the pasty’s history, and why it’s so popular today, before sharing more than 20 … END_OF_DOCUMENT_TOKEN_TO_BE_REPLACED 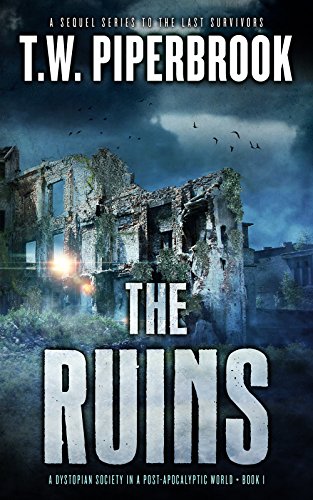 **For a few days only, Book 1 is FREE and Books 2 and 3 are $0.99!**SEQUEL SERIES TO THE BEST-SELLING LAST SURVIVORS SERIESDanger Lurks In The Ruins Three survivors travel the ruins of a collapsed society, sifting through the rusted relics of the Ancients' civilization as they search for a better future, hoping to escape the horrors of the past. … END_OF_DOCUMENT_TOKEN_TO_BE_REPLACED 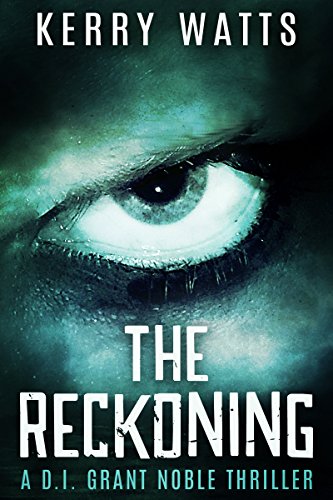 A series of grisly murders drags D.I. Grant Noble back from compassionate leave following the tragic death of his wife. Ross Blake sees the injustice of the world all around him and sees no other option but to begin evening the score. The slayings initiate a shocking sequence of events that will lead directly back to Grant’s door. But can … END_OF_DOCUMENT_TOKEN_TO_BE_REPLACED 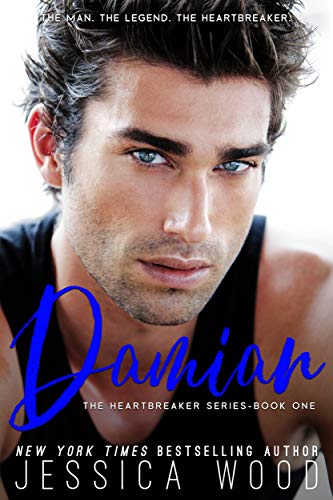 **From New York Times Bestselling author Jessica Wood comes Damian, book one in The Heartbreaker series.** Meet Damian Castillo. The man, the legend, the heartbreaker. As a self-proclaimed man-whore, Damian doesn’t believe in love or commitment. In fact, he can’t remember the last time he’s had feeling for a woman that went beyond hot, no-strings-attached sex. The only things he … END_OF_DOCUMENT_TOKEN_TO_BE_REPLACED 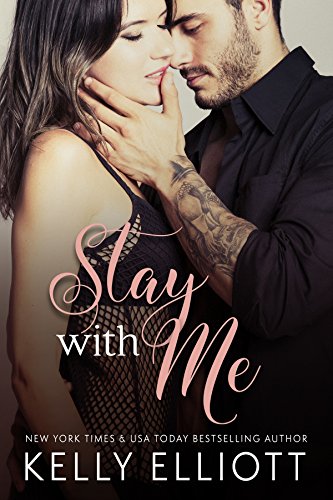 Life moves on. Only people who have never lost anyone they loved with all their heart can blindly believe those words. What if I didn’t want to move on? What if I wanted to wake up every morning with that familiar ache in my chest, knowing I’d never see her again? But, life can change in a moment. I knew … END_OF_DOCUMENT_TOKEN_TO_BE_REPLACED 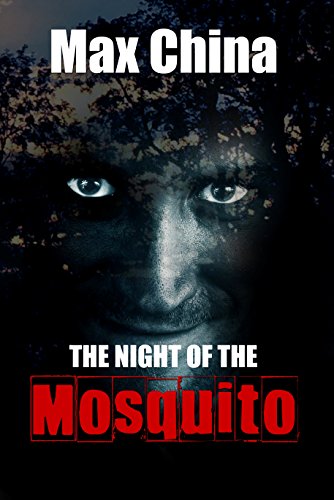 What people are saying about The Night of the Mosquito: “This riveting and brutal crime thriller kept me on the edge of my seat right from the start with its apocalyptic cataclysm, cannibalistic serial killer, compelling characters and glimmering of paranormal atonement. Dramatic and intense, the story moves along at a brisk pace with a series of chilling developments, intertwining … END_OF_DOCUMENT_TOKEN_TO_BE_REPLACED 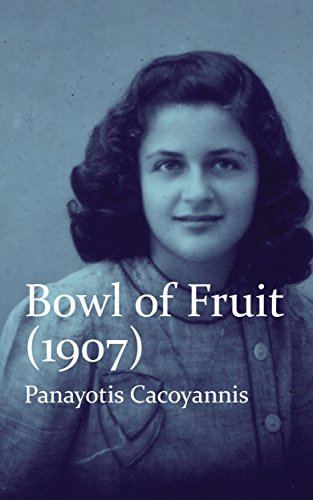 Leon's past is a labyrinth of truths, half-truths and untruths – not one story but many different stories at once, which Leon has been trying to put behind him. But ghost-writer Anna Tor knows much more about his history than he does, and when Leon reluctantly agrees to meet her, as they begin to trace together the two converging courses … END_OF_DOCUMENT_TOKEN_TO_BE_REPLACED 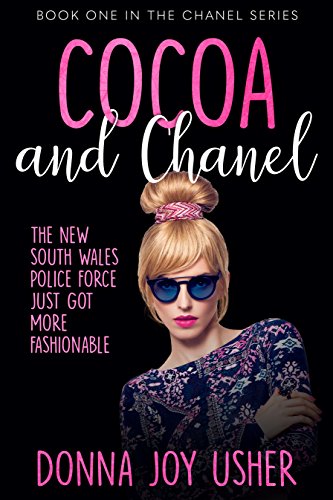 The New South Wales Police Force Just Got More Fashionable! Cocoa and Chanel is the acclaimed first novel in an exciting new Cozy Mystery Series By The Multi-Award-Winning Author, Donna Joy Usher. Winner of the 2014 Next Generation Indie Book Awards eBook Fiction Category. Winner of the National Indie Excellence Awards Humor Category. Faced with the unattractive options of an … END_OF_DOCUMENT_TOKEN_TO_BE_REPLACED 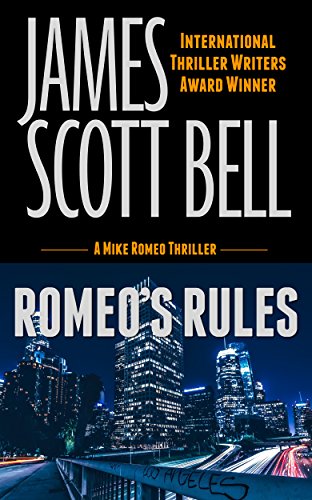 If you want to stay alive, you better know the rules . . .Natalia Mayne said, “What’s the first rule?”“Fear nothing,” I said.“You have any more?”“Do unto them before they do unto you.”“Really?””And you don’t owe the truth to people who lie."“I’ve never met anybody like you.”“I’ve heard that before.” Mike Romeo is an ex-cage fighter living off the grid … END_OF_DOCUMENT_TOKEN_TO_BE_REPLACED 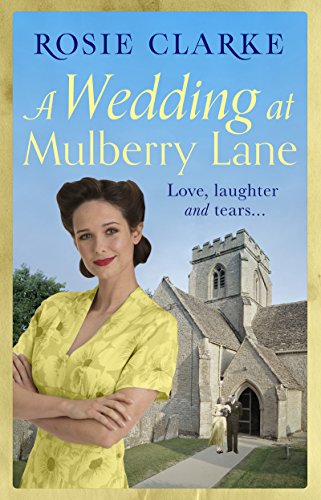 Love, marriage, birth, death and betrayal in the East End of London make up life in Mulberry Lane, perfect for fans of Nadine Dorries, Cathy Sharp and Donna Douglas. Maureen Jackson knew life as a trainee nurse wouldn’t be easy, but she didn’t expect her hospital to be badly bombed on her first shift. Plus Maureen still has her family … END_OF_DOCUMENT_TOKEN_TO_BE_REPLACED 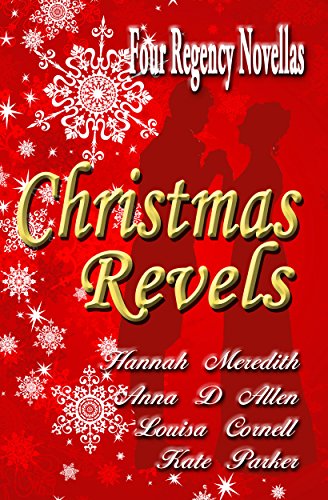 “This delightful quartet of stories has everything on your wish list—passion, emotion, laughter, and love. Do not wait ‘til Christmas to open!” – Anne Barton, author of Scandalous Summer Nights Includes the 2015 WINNER of the HOLT MEDALLION AWARD for outstanding literary fiction in a Romance Novella – “A Perfectly Dreadful Christmas” by Louisa Cornell “A Light in Winter or … END_OF_DOCUMENT_TOKEN_TO_BE_REPLACED 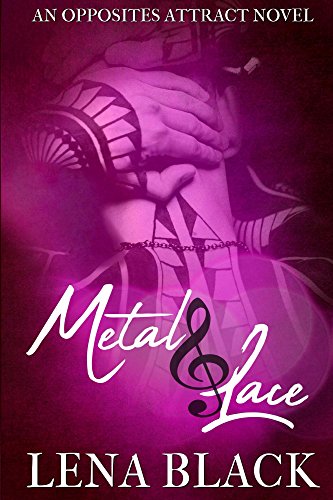 From the author of A Dominant Series comes an opposites attract story of a Metal god on the edge and the music journalist who saved him.  This isn't who I am… I've never been what you considered the take-home-to-your-mama type. F*ck, I usually don't even stick around past the next morning. For as long as I can remember, I've lived … END_OF_DOCUMENT_TOKEN_TO_BE_REPLACED 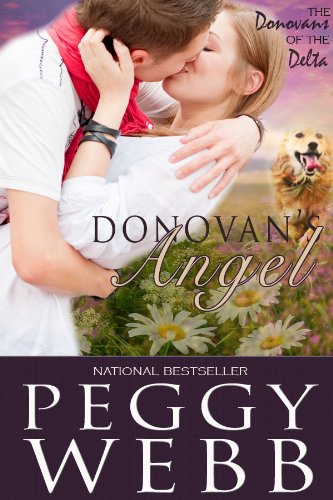 “A vagabond musician decides to settle down in a small town and promptly falls in love with her next door neighbor. To her dismay, he turns out to be the local minister. Ms. Webb has done a really lovely job of weaving in the more serious problems relating to the hero’s vocation while maintaining a marvelous sense of humor and … END_OF_DOCUMENT_TOKEN_TO_BE_REPLACED 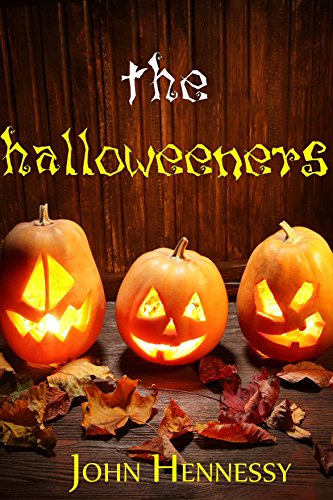 Halloween Trick or Treating – the buck stops here. A super children’s scary story for Halloween and all year roundAward winning author John Hennessy brings you his latest scary story but this time, it’s for the kids. Recommended for children aged 9+ and over Four children are all dressed up and ready for Halloween. There’s Kirsty, the witch. Craig the … END_OF_DOCUMENT_TOKEN_TO_BE_REPLACED 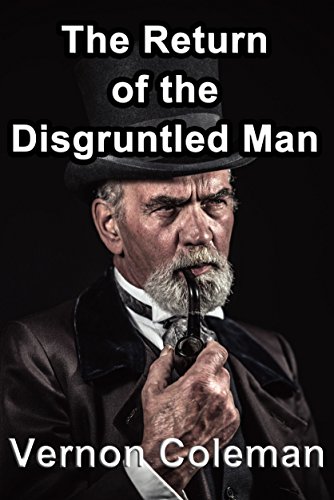 Please do NOT buy this expecting a Bilbury style book! The fourth in Vernon Coleman’s series of diaries. (The other four books are: ‘Diary of a Disgruntled Man’, ‘Just Another Bloody Year’ and ‘Bugger Off and Leave Me Alone” and ‘Life on the Edge’).A book for the politically incorrect who can question and laugh at the absurdities of modern life. … END_OF_DOCUMENT_TOKEN_TO_BE_REPLACED 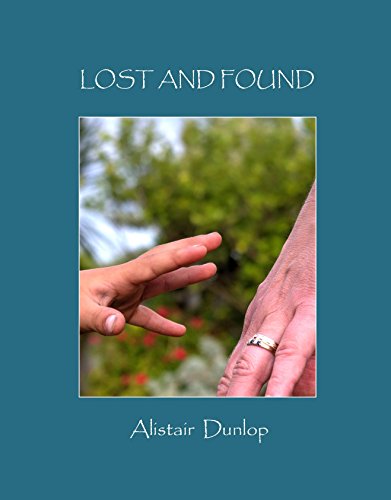 Marjory was adopted at birth. Her childhood was happy but as she entered her teens illness and bereavement began to affect the happy home she had always known. Despite what was happening around her Marjory always managed to remain positive. By the time she neared forty years of age, her family situation had changed so much that she felt she … END_OF_DOCUMENT_TOKEN_TO_BE_REPLACED 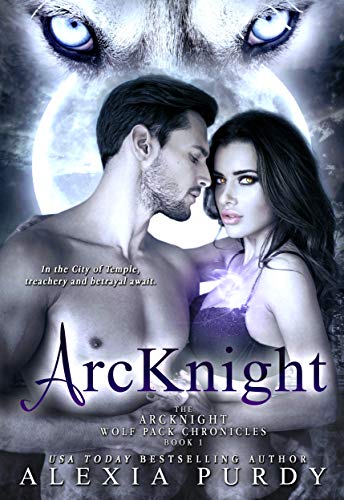 Book 1 of The ArcKnight Wolf Pack Chronicles. Book 2 Sovereignty is Now Available! In the treacherous City of Temple where supernaturals and humans intertwine, only the most cunning will survive. Teaming up with a handsome shifter named Ephrem, the banished Princess Lilliana must find her stolen Ardent talisman before a sinister enemy uses it against both rival wolf pack … END_OF_DOCUMENT_TOKEN_TO_BE_REPLACED 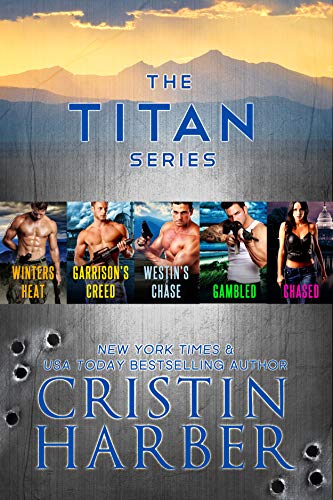 The Titan Series books 1-5: Winters Heat, Garrison’s Creed, Westin’s Chase, Gambled, and Chased WINTERS HEAT After putting her life on the line to protect classified intelligence, military psychologist Mia Kensington is on a cross-country road trip from hell with an intrusive save-the-day hero. She’d rather take her chances without the ruggedly handsome, cold-blooded operative who boasts an alpha complex … END_OF_DOCUMENT_TOKEN_TO_BE_REPLACED 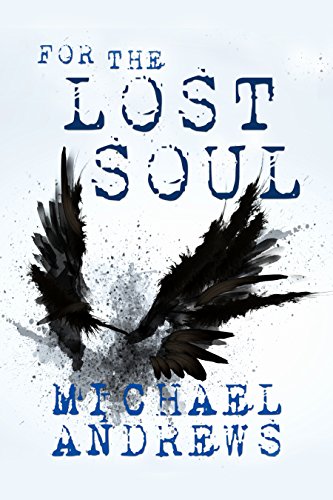 After years of relentless bullying, teenager Joseph Harris is close to despair. When he is assaulted at school on his sixteenth birthday, both his teachers and parents ignore his pleas for help. Seeing no other choice, he takes his own life to end his misery. Expecting to be damned to Purgatory, Joe awakens in Limbo where he is offered the … END_OF_DOCUMENT_TOKEN_TO_BE_REPLACED 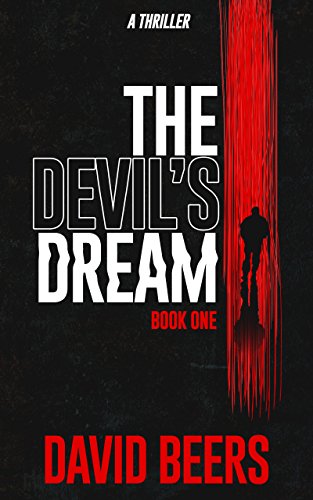 AMAZON’S BEST SELLING AUTHOR SHOWS YOU A TERRIFYING GENIUS… FBI Agent Allison Moore is a rising star at the bureau. Smart, strong, and good with a gun—her future is bright… So they called her with a name no one wanted to hear again: Matthew Brand. Everyone knew him. His past was legend. Ten years ago, Brand’s genius was unrivaled. He … END_OF_DOCUMENT_TOKEN_TO_BE_REPLACED 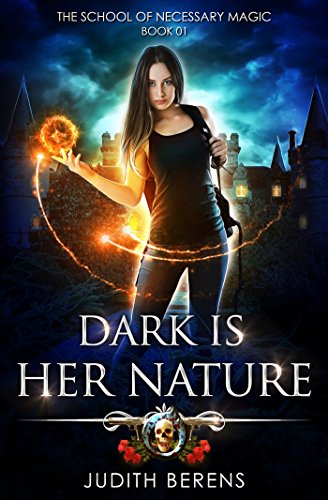 For Hire: Teachers for special school in Virginia countryside. Must be able to handle teenagers with special abilities. Cannot be afraid to discipline werewolves, wizards, elves and other assorted hormonal teens. Apply at the School of Necessary Magic.  Alison is a young Drow princess whose power is just beginning to grow inside of her – too bad for the dark forces … END_OF_DOCUMENT_TOKEN_TO_BE_REPLACED 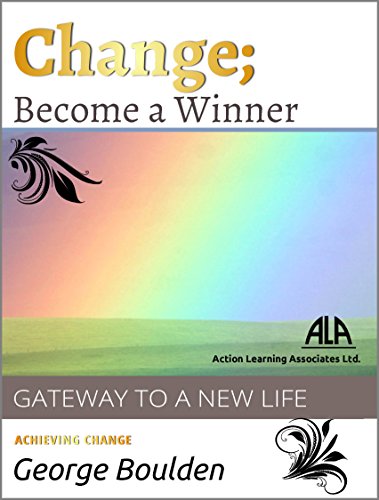 If you seeking promotion in your current job or perhaps to find a new job; would you like to run your own business, have a better work/life balance or retire at fifty? This book is for you. It;1.Empowers you to unlock your aspirations and create achievable life enhancing goals. 2.Provides an insight, through our 4 step model, into the Nature … END_OF_DOCUMENT_TOKEN_TO_BE_REPLACED 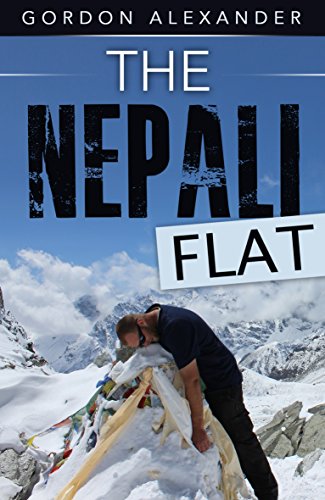 Take a man from sea level. Place him in the high Himalaya. Then laugh at him! Join Gordon in Nepal as he drags his ‘heavy arse’ over the Himalayas in this hilarious, adventure-soaked account of the Three Passes Trek. Together with guide Subash and porter Nima, Gordon tackles high passes in excess of 17,500 feet and explains how high altitude … END_OF_DOCUMENT_TOKEN_TO_BE_REPLACED 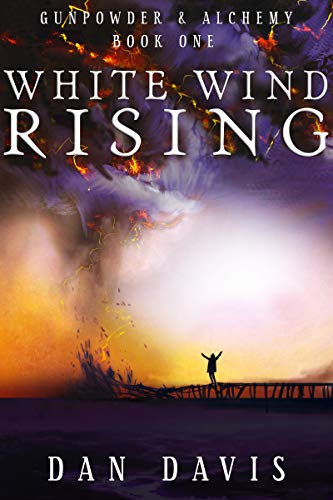 Archer must unlock his power to defeat the evil Alchemist and save the Vale from tyranny.Young Archer is a prisoner in the Alchemist’s Tower. Determined to escape, he finds he is not alone. Archer discovers other enemies of the Alchemist. Children named Writer, Weaver, Keeper… and a young dragon with wings bound by chains. Only together will their powers be … END_OF_DOCUMENT_TOKEN_TO_BE_REPLACED 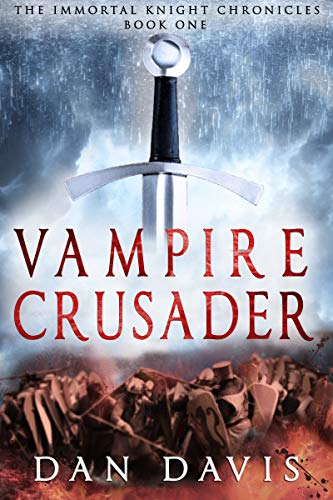 The immortal knight, Richard of Ashbury, hunts his nemesis through centuries of war… AD 1190, England. A young knight’s family is slaughtered. His eternal quest for vengeance begins. Sir Richard swears an oath to destroy Earl William de Ferrers, who has returned from the Holy Land with an insatiable thirst for blood. As the lords of Christendom fight to retake … END_OF_DOCUMENT_TOKEN_TO_BE_REPLACED 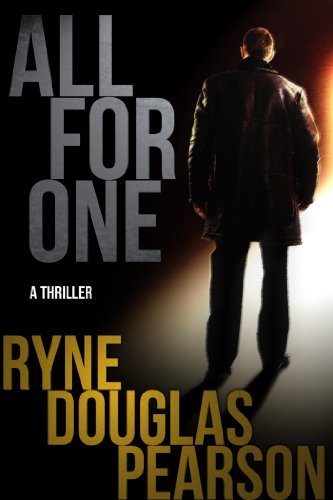 The darkest secrets we keep even from ourselves… Mary Austin is the kind of teacher that parents adore and children wish for. Firm and compassionate, a guiding light in their lives, she would do anything to protect her students.But that loyalty is tested when the school's sadistic bully is found dead on campus, and suspicion falls on six children in her … END_OF_DOCUMENT_TOKEN_TO_BE_REPLACED 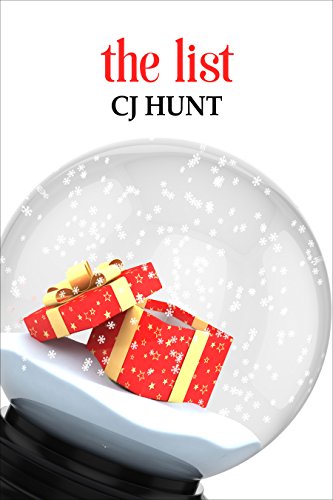 “CJ Hunt spins funny, warm prose in her small town series about love and family. Be sure you have a cozy blanket and a comfy place to read because you’ll be turning pages until you’ve read every last book." ~Odette Stone, author of The Guilty Series When Selina Peterman arrives in Rivers End one stormy night, it’s disorienting enough to … END_OF_DOCUMENT_TOKEN_TO_BE_REPLACED 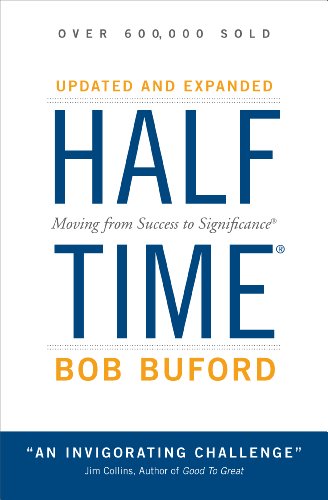 £1.99   £6.49
Get Deal Get Deal
Remove filters
eBook Deals are valid for only A FEW DAYS!
Sign up now to don't miss book deals anymore