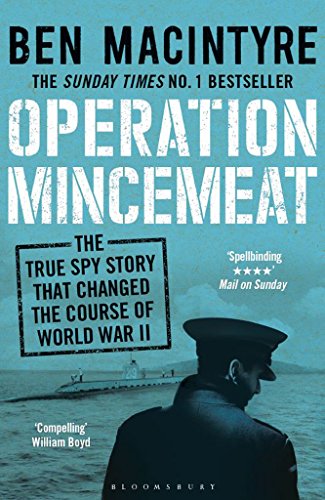 One April morning in 1943, a sardine fisherman spotted the corpse of a British soldier floating in the sea off the coast of Spain and set in train a course of events that would change the course of the Second World War. Operation Mincemeat was the most successful wartime deception ever attempted, and certainly the strangest. It hoodwinked the Nazi … END_OF_DOCUMENT_TOKEN_TO_BE_REPLACED 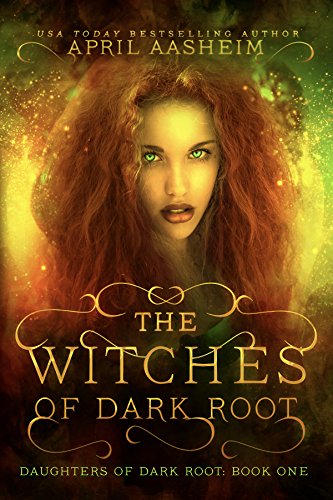 "There are some secrets darker than witchcraft." – Dora MaddockDeep within an Oregon forest is a town called Dark Root, a town steeped in magick, mystery, and witchcraft.But for Maggie Maddock, Dark Root is also a prison. Forced to work in her mother’s magick shop, she watches the world world move forward without her. When a mysterious stranger offers to … END_OF_DOCUMENT_TOKEN_TO_BE_REPLACED 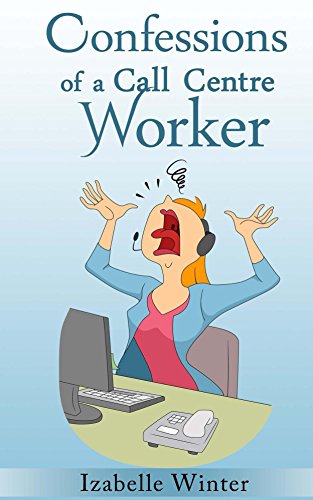 Have you ever wondered what it’s like to work in a call centre? Imagine speaking to members of the public fifty or more times every day, always having to be courteous and professional no matter what they say to you. Could you keep your cool while talking to all levels of stupid? Would you be able to wear a headset … END_OF_DOCUMENT_TOKEN_TO_BE_REPLACED 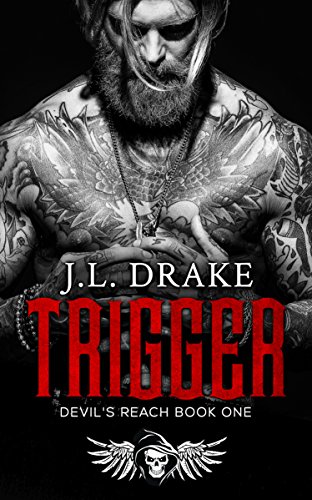 ***This is the first book in the series and it ends with a cliffhanger. Intended for 18+. May contain Triggers.*** I was raised by the Devil himself. Formed into a man who was unreachable. I went from the boy with bruises to the man with a trigger. Killing is the only thing that calms the itch. The demons inside were … END_OF_DOCUMENT_TOKEN_TO_BE_REPLACED 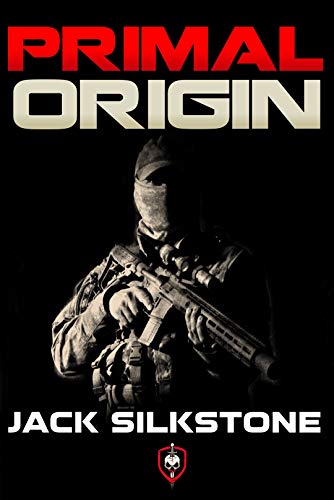 "Your mission is to build an organization capable of dealing with men…Men who think they are above the law. Men who sow hatred and pain wherever they walk. Men who are evil." That’s the call to arms for Vance, Ice, Mitch, and Bishop, a team of highly trained operatives who’ve gone rogue and formed PRIMAL, a global vigilante unit. They … END_OF_DOCUMENT_TOKEN_TO_BE_REPLACED 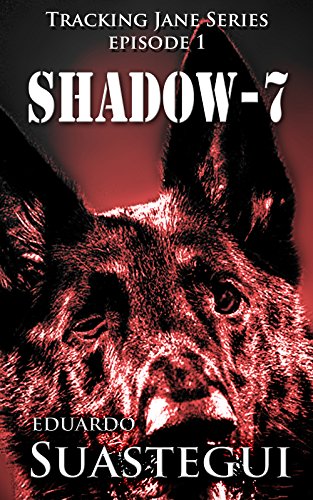 Meet Major McMurtry…Her voice will draw you into her pain. Her struggle will show you how to overcome. In her search for love you will find hope. Army canine trainer and handler Jane McMurtry served in Afghanistan with her dog Shadow until an IED blew her legs away. Now, after learning to walk again, alongside a new canine companion, Jane … END_OF_DOCUMENT_TOKEN_TO_BE_REPLACED 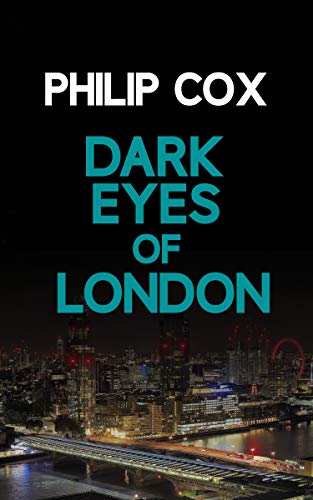 “One heckuva thrill ride. With all the twists and turns you’ll just keep turning the pages…” ”I’m so sorry; she died under the train…” Librarian Tom Raymond takes a phone call from the last person he expected to hear from: his ex-wife Lisa. She says she needs to talk. She can’t say what it’s about, and it has to be … END_OF_DOCUMENT_TOKEN_TO_BE_REPLACED 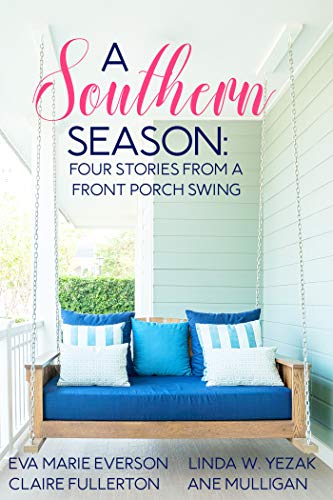 Four seasons. Four stories. Each one set in the enchanting world of the South. These are the kinds of stories your grandmother told you from a front porch swing.Ice Melts in Spring by Linda W. Yezak When Kerry Graham’s boss forces her to return to the Gulf of Mexico where her husband drowned years ago, she feels only spring’s chill … END_OF_DOCUMENT_TOKEN_TO_BE_REPLACED 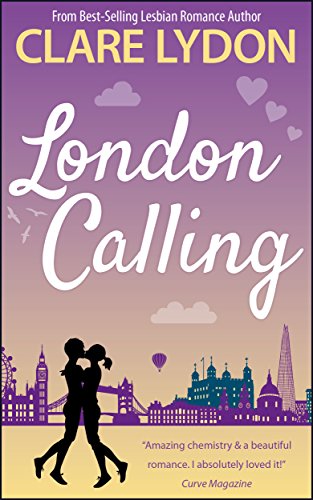 A break-up. A mix-up. Will there be a make-up? Jess Sharp’s life hasn’t exactly gone according to plan. She’s 32, unemployed, and single after a devastating breakup. She’s also left Australia for London to live in her parents’ spare room. Her chaotic life seems to be spiraling until she meets someone who could be a game-changer. She’s optimistic after a … END_OF_DOCUMENT_TOKEN_TO_BE_REPLACED 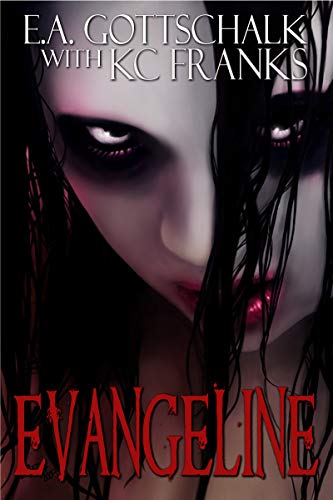 AN AMAZON INTERNATIONAL BEST-SELLER:  Angeline Gottschalk, bullied in high school and abused on the farm, is hiding a dark and terrifying secret.  Because buried deep inside this timid farmer’s daughter lurks a twisted alter-ego named Evangeline, the cold-blooded serial killer who narrates this extraordinary account of a teenage vigilante striking fear in America’s Heartland.WARNING:  Evangeline contains graphic content; including strong language, sexual situations and … END_OF_DOCUMENT_TOKEN_TO_BE_REPLACED 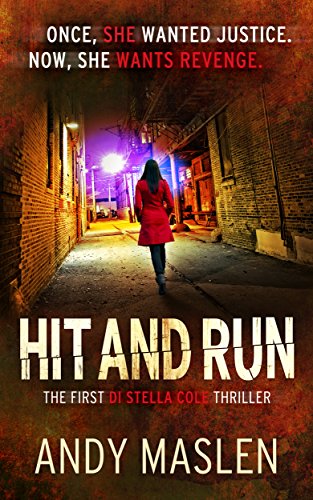 The widow’s a cop. And she wants revenge. Detective Inspector Stella Cole was a rising star in London’s Metropolitan Police. Then a hit-and-run driver killed her husband, Richard, a human rights lawyer. Grief drove Stella to booze and pills. Back at work after a year’s compassionate leave, Stella secretly re-investigates his death and begins to suspect a cover-up. Freelance journalist … END_OF_DOCUMENT_TOKEN_TO_BE_REPLACED 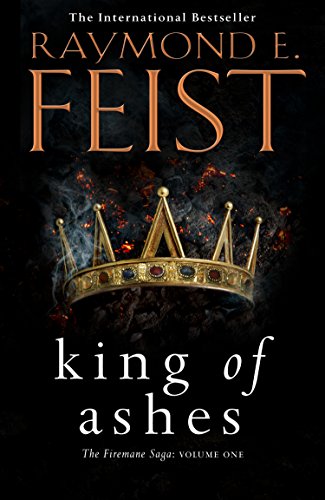 A new novel from internationally bestselling author Raymond E. Feist. The world of Garn once boasted five great kingdoms, until the King of Ithrace was defeated and every member of his family executed by Lodavico, the ruthless King of Sandura, a man with ambitions to rule the world. Ithrace’s ruling family were the legendary Firemanes, and represented a great danger … END_OF_DOCUMENT_TOKEN_TO_BE_REPLACED 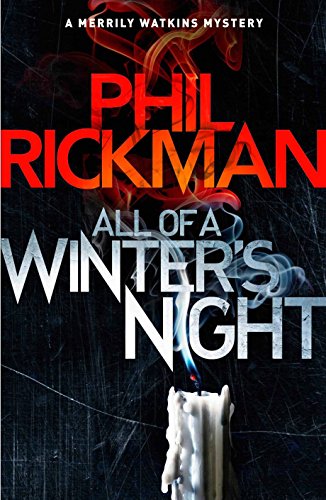 Merrily Watkins is the most singular of crime fiction protagonists… As ever [Rickman]’s supremely skillful at teasing out the menace that lies behind English folk customs and legends and weaving them into a compelling contemporary narrative. – Mail on Sunday IN THE DARK HEART OF THE COUNTRYSIDE… When Aidan Lloyd’s bleak funeral is followed by a nocturnal ritual in the … END_OF_DOCUMENT_TOKEN_TO_BE_REPLACED 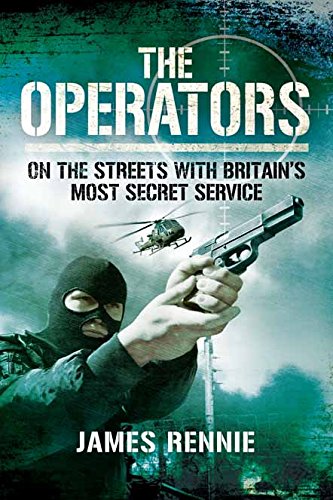 Few outside the security services have heard of 14 Company. As deadly as the SAS yet more secret, the Operators of 14 Company are Britain’s most effective weapon against international terrorism. For every bomb that goes off 14 Company prevent twelve. The selection process is the most physically, intellectually and emotionally demanding anywhere in the world. Trained to operate under … END_OF_DOCUMENT_TOKEN_TO_BE_REPLACED 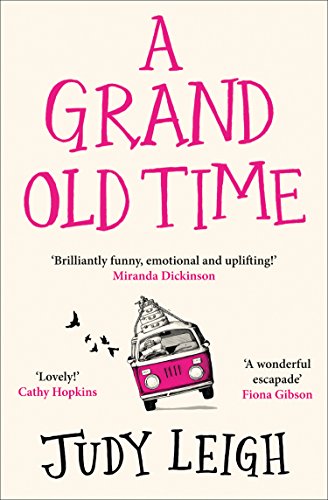 ‘I absolutely loved everything about this book… 5* out of 5*’ The Ginger Book Geek It’s never too late to have the time of your life . . . Evie Gallagher is regretting her hasty move into a care home. She may be seventy-five and recently widowed, but she’s absolutely not dead yet. And so, one morning, Evie walks out … END_OF_DOCUMENT_TOKEN_TO_BE_REPLACED 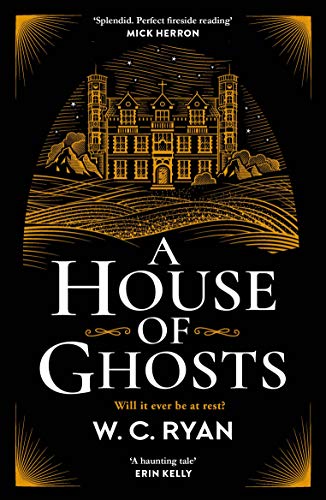 A gripping mystery with a classic feel: And Then There Were None meets The Silent Companions Winter 1917. As the First World War enters its most brutal phase, back home in England, everyone is seeking answers to the darkness that has seeped into their lives. At Blackwater Abbey, on an island off the Devon coast, Lord Highmount has arranged a … END_OF_DOCUMENT_TOKEN_TO_BE_REPLACED 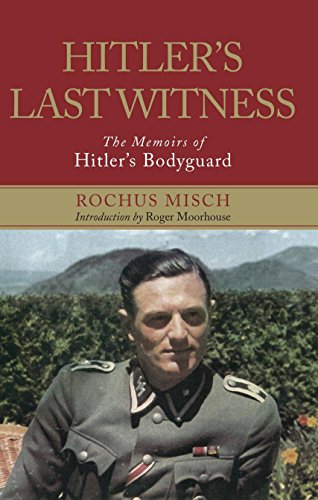 After being seriously wounded in the 1939 Polish campaign, Rochus Misch was invited to join Hitler’s SS-bodyguard. There he served until the war’s end as Hitler’s bodyguard, courier, orderly and finally as Chief of Communications. On the Berghof terrace he watched Eva Braun organize parties; observed Heinrich Himmler and Albert Speer; and monitored telephone conversations from Berlin to the East … END_OF_DOCUMENT_TOKEN_TO_BE_REPLACED 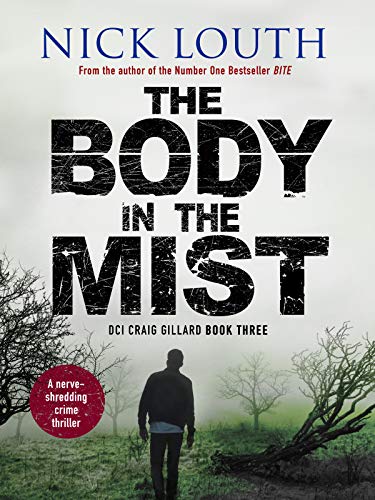 A brutal murder hints at a terrifying mystery, and this time it’s personal. A body is found on a quiet lane in Exmoor, victim of a hit and run. He has no ID, no wallet, no phone, and – after being dragged along the road – no recognisable face. Meanwhile, fresh from his last case, DCI Craig Gillard is unexpectedly … END_OF_DOCUMENT_TOKEN_TO_BE_REPLACED 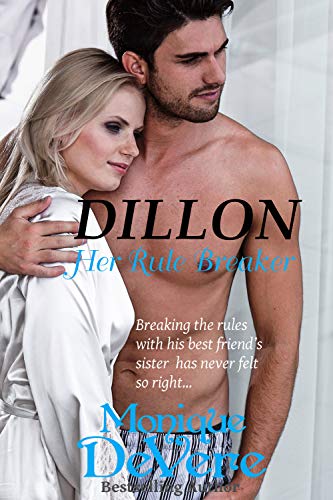 Breaking the rules with his best friend’s sister has never felt so right! Ever since a horrifying experience in her childhood, Renée Swank has had to endure her family’s overprotection, which forced her to move to the UK eight years ago. Now she’s back in California to open her lingerie boutique. And renting the apartment across the hall from her … END_OF_DOCUMENT_TOKEN_TO_BE_REPLACED 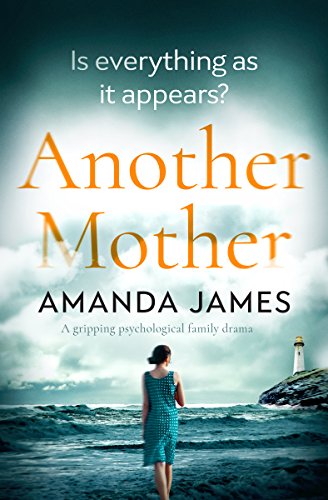 A suspenseful and gripping psychological thriller, perfect for fans of domestic noir. Adopted at birth, for years Lu has secretly dreamt of finding her birth mother but childhood bullying has left her with a lack of confidence. When a tragic accident changes her life forever it sets her on a mission to get in contact with her birth mother and … END_OF_DOCUMENT_TOKEN_TO_BE_REPLACED 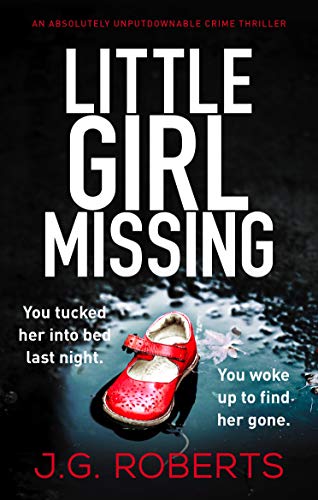 ‘Amazing… I laughed, cringed, cried, gasped, and screamed… I read the whole book in one sitting!! Every page leaves you wanting more and more… a page turner from beginning all the way to end.’ Goodreads Reviewer, 5 stars How can a little girl vanish into thin air? Five-year-old Cassie Bailey’s mother tucked her into bed and kissed her goodnight. This … END_OF_DOCUMENT_TOKEN_TO_BE_REPLACED 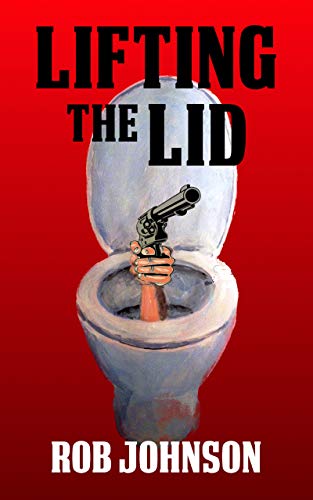 When Trevor Hawkins hits the open road in his beat-up old camper van with his incorrigible dog, Milly, his quest for adventure soon spirals dangerously out of control. The simple act of flushing a hotel toilet transforms his life from redundant sales assistant to fugitive from a gang of psychopathic villains, the police and MI5. Then there’s private detective Sandra … END_OF_DOCUMENT_TOKEN_TO_BE_REPLACED 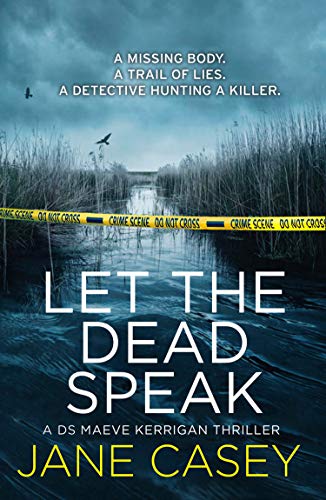 A top ten Sunday Times bestselling author From award-winning author Jane Casey comes a powerful crime thriller, with a delicious edge of psychological suspense that will keep you on the edge of your seat until the final page… A murder without a bodyEighteen-year-old Chloe Emery returns to her West London home one day to find the house covered in blood … END_OF_DOCUMENT_TOKEN_TO_BE_REPLACED 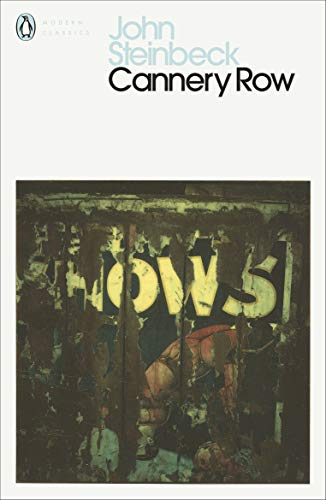 In the din and stink that is Cannery Row a colourful blend of misfits – gamblers, whores, drunks, bums and artists – survive side by side in a jumble of adventure and mischief. Lee Chong, the astute owner of the well-stocked grocery store, is also the proprietor of the Palace Flophouse that Mack and his troupe of good-natured ‘boys’ call … END_OF_DOCUMENT_TOKEN_TO_BE_REPLACED 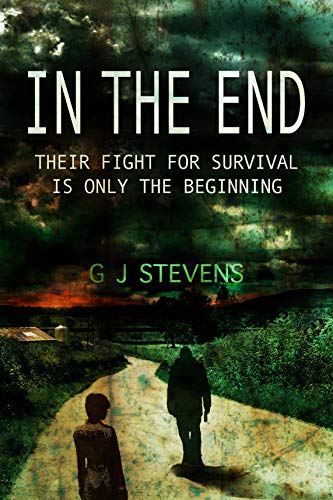 When humanity faces an undead nightmare, one man’s party turns into a race to survive. Logan has always taken things a little too seriously. So when his New Year’s Eve attempt to unwind descends into chaos, he’s the first to realize it’s no joke. After Logan and his friends miss the evacuation transport, he’s given a choice: lead the group … END_OF_DOCUMENT_TOKEN_TO_BE_REPLACED 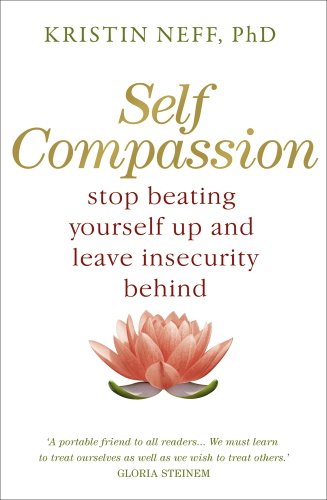 Kristin Neff PhD, is a professor in human development whose 10 years’ of research forms the basis of her timely and highly readable book. Self Compassion offers a powerful solution for combating the current malaise of depression, anxiety and self criticism that comes with living in a pressured and competitive culture. Through tried and tested exercises and audio downloads, readers … END_OF_DOCUMENT_TOKEN_TO_BE_REPLACED

£1.99   £9.99
Get Deal Get Deal
Remove filters
eBook Deals are valid for only A FEW DAYS!
Sign up now to don't miss book deals anymore