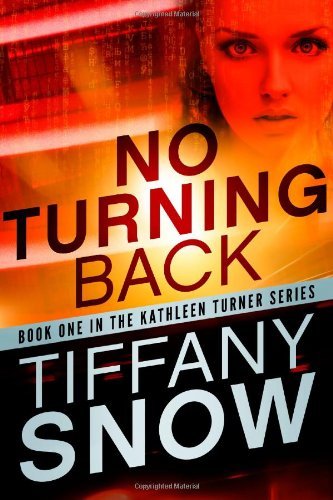 Being a bartender by night and law firm runner by day helps make ends meet for Kathleen Turner. Mostly. Being 23 and single in Indianapolis wasn’t exactly a thrilling adventure, but then again, that’s not what Kathleen wanted. At least, not until she met Blane Kirk.Navy SEAL turned high-profile attorney, Blane is everything a woman could want. The only problem? … END_OF_DOCUMENT_TOKEN_TO_BE_REPLACED 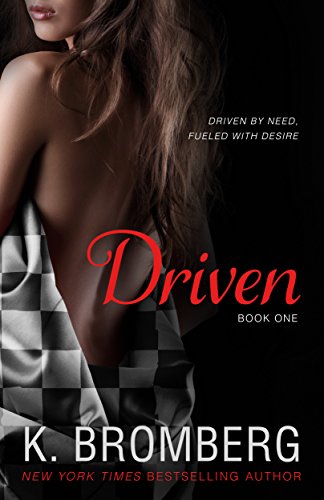 Now a limited series streaming on Passionflix beginning August 2018. From New York Times Bestselling author K. Bromberg comes the first book in an unforgettable series about lust, love, redemption, and healing . . . Colton Donavan lives on that razor thin edge toward out of control. Whether it’s on the track or off of it, everything he wants is … END_OF_DOCUMENT_TOKEN_TO_BE_REPLACED 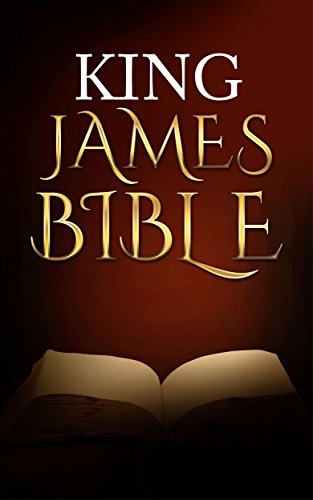 This new digital edition of the complete King James Bible includes a Table of Contents for easy navigation. 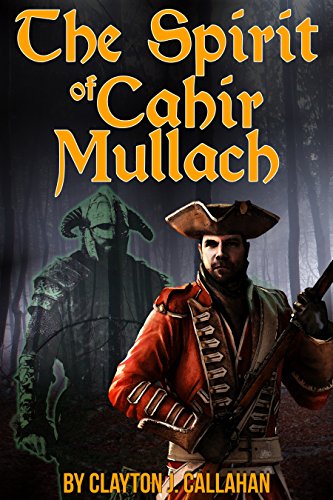 The legend of Lord Oisin was well known in Balie. His heroic defense of the town against the Viking raiders was the stuff of story and song. And, it was said that his spirit still dwells within the ruins of his great castle, Cahir Mullach. But in more modern times, war seems less heroic. Thousands of unnamed redcoats are now … END_OF_DOCUMENT_TOKEN_TO_BE_REPLACED 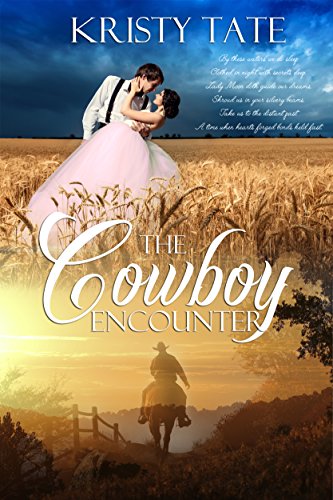 Love beyond time…When Dr. Becca Martin stumbles into the Witching Well, she finds that all of her medical training can’t protect her from the dangers of the Wild West and the charms of Clint Warwick. Convinced that her excursion into a distant past and place is nothing more than a delusion, she indulges in a fantastical romance, but when hostilities … END_OF_DOCUMENT_TOKEN_TO_BE_REPLACED 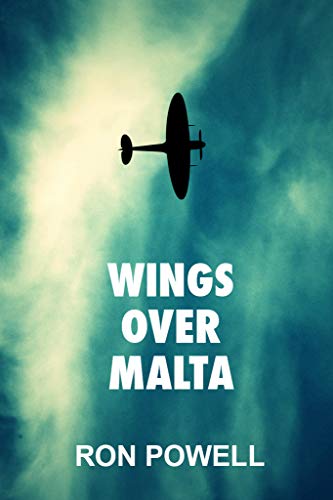 ‘You can almost feel the g as you spin through the pages of this book!’In March 1942, Battle of Britain Spitfire ace, Jack Williams, is one of 15 pilots flying the first Spitfires to reach the most heavily bombed place on Earth: the tiny Mediterranean island of Malta. Their task is simple, regain control of the air.But when not sheltering … END_OF_DOCUMENT_TOKEN_TO_BE_REPLACED 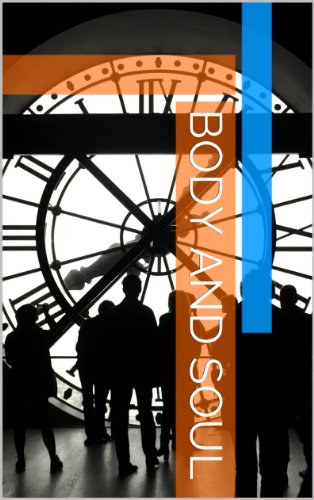 Two very different men are on a pathway to a meeting which will change both their lives for ever. One is a Scottish ex-soldier, ex-boxer, ex-husband, ex-father and ex-drunk struggling to turn his life around. The other, the CEO of an American multi-national, has both wealth and power. They do not know each other and only the American believes he … END_OF_DOCUMENT_TOKEN_TO_BE_REPLACED 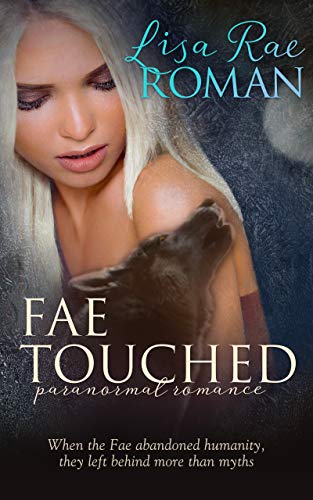 First Place Paranormal Novel Category 2019 IDA Contest OKRWA When the Fae abandoned humanity, they left behind more than myths  Abby isn’t human…she’s only pretending to be. Never remain in one city too longDon’t go out after sundownUnder no circumstances reveal your magic These are the rules Abigail MacCarthy has followed since escaping the secret agency that controlled her life for years. But eluding … END_OF_DOCUMENT_TOKEN_TO_BE_REPLACED 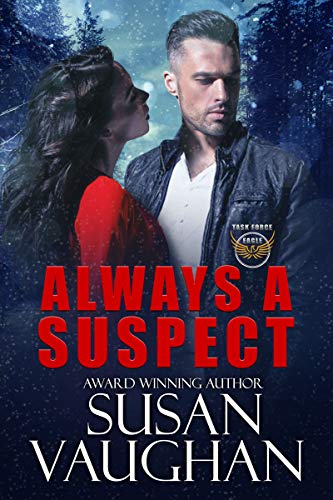 NEW COVER! Prequel to the Task Force Eagle series – Part of a series, but a stand-alone novel with its own conclusion. No cliff-hangers. Is she a criminal or a victim? Or both? After the deaths of two husbands and a fiancé, Claire Saint-Ange is branded the Widow Spider in her coastal Maine town. Tormented by threatening phone calls and … END_OF_DOCUMENT_TOKEN_TO_BE_REPLACED 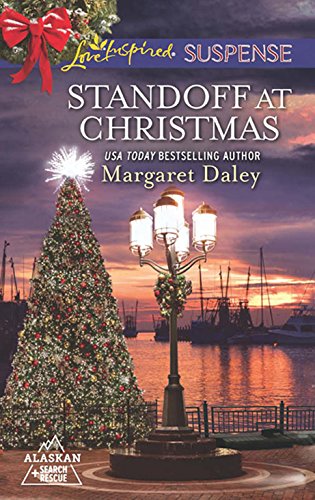 DANGEROUS HOLIDAY HOMECOMING Anchorage K-9 officer Jake Nichols returns home for Christmas to recover from the accident that almost killed him—and find a little peace and quiet. But those plans are shattered when his childhood friend Rachel Hart gets caught up in a drug-smuggling ring after her aunt is brutally murdered. Jake quickly discovers that Port Aurora is no longer … END_OF_DOCUMENT_TOKEN_TO_BE_REPLACED 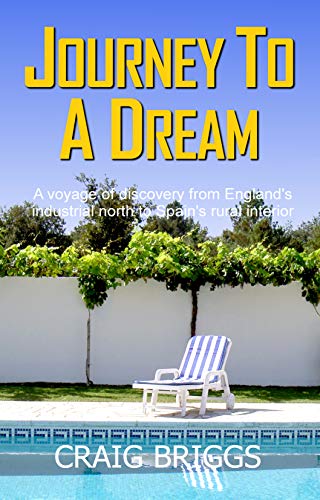 Sell up, move abroad, and live the good life. How difficult could it be? “I found it hard to put down laughed, smiled & loved the journey.”“Funny, interesting and hugely enjoyable read.”“I have read a lot of travel books and this one is up there with the best.”“A great read describing life in Spain wonderfully.”“This is an exceptionally well written … END_OF_DOCUMENT_TOKEN_TO_BE_REPLACED 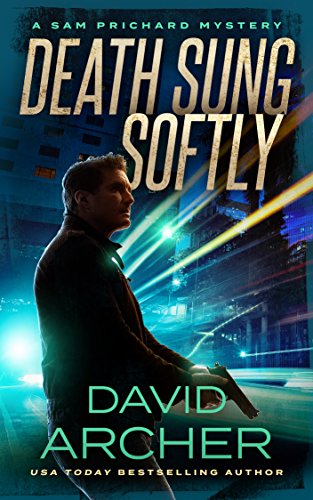 Sam opens his practice as a Private Investigator, and gets his first real case almost instantly: Find Barry Wallace, a local rock singer who was on the verge of making it big, and vanished suddenly! When Barry’s body turns up minus his head and hands, the case becomes ominous, and now he has to find a killer, instead! The evidence … END_OF_DOCUMENT_TOKEN_TO_BE_REPLACED 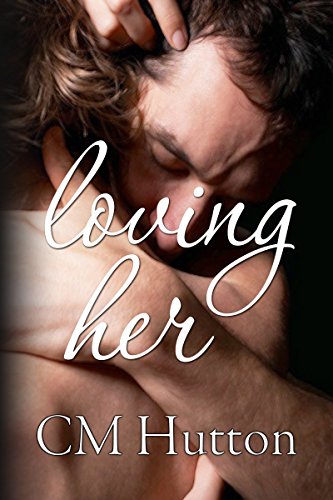 FOR MATURE AUDIENCES ONLY…18+ Contains strong language and adult sexual situations. Fourth Edition (Newly Revised with bonus scenes and details added) Boring, but completely gorgeous. That was my first impression of him. My next two thoughts were ‘pompous ass’ and ‘cocky jerk.’ And, I had the glorious pleasure of sharing a table with him for the entire night. He didn’t … END_OF_DOCUMENT_TOKEN_TO_BE_REPLACED 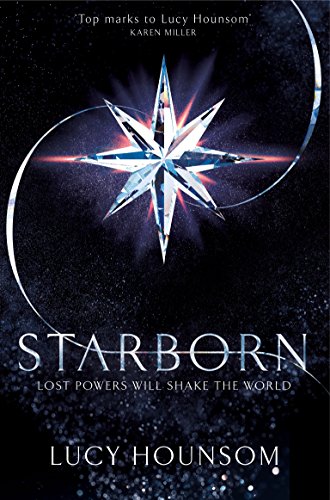 Shortlisted for the 2016 David Gemmell Morningstar Award for Best Debut Death and destruction will bar her way. . . Kyndra’s fate holds betrayal and salvation, but the journey starts in her small village. On the day she comes of age, she accidentally disrupts an ancient ceremony, ending centuries of tradition. So when an unnatural storm targets her superstitious community, … END_OF_DOCUMENT_TOKEN_TO_BE_REPLACED 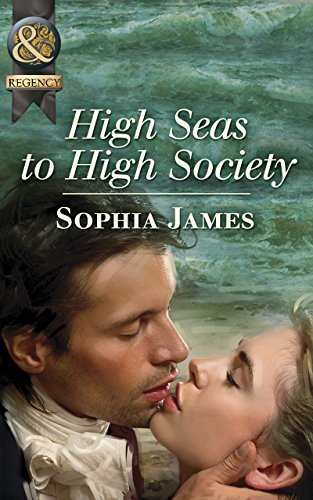 Asher Wellingham, Duke of Carisbrook, was captivated by her! He had happened upon Lady Emma Seaton swimming naked and, beyond her beauty, had seen the deep curling scar on her thigh–a wound that could only be the mark of a sword. Who was this creature of contradictions? Something about her brought back tantalizing memories from the past. Her ill-fitting, threadbare … END_OF_DOCUMENT_TOKEN_TO_BE_REPLACED 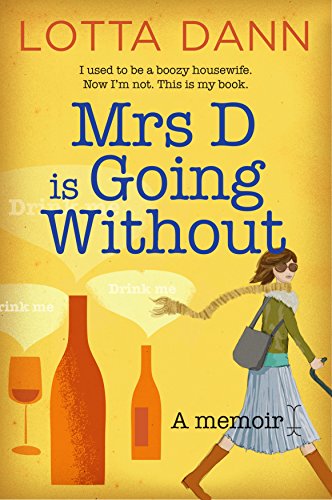 Lotta Dann was in trouble – her fun drinking habit had slowly morphed into an obsessive hunger for wine. One bottle a night was never quite enough. When she tried to cut down, she found it nearly impossible to have an alcohol-free day. Everyone around could see her drinking, but no one realised what a serious problem it was. She … END_OF_DOCUMENT_TOKEN_TO_BE_REPLACED 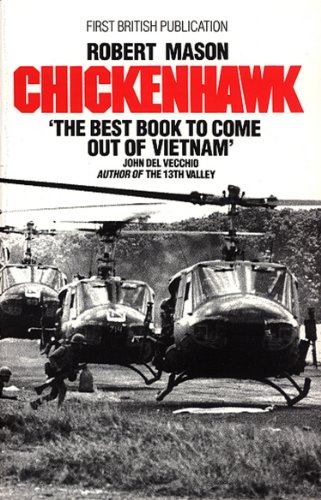 ‘Robert Mason tells a gripping account of the relentless courage and heroism amidst the insanity of the Vietnam war. The final few pages are the most shocking I have read in any book.’ – Tim Peake A stunning book about the right stuff in the wrong war. As a child, Robert Mason dreamed of levitating. As a young man, he … END_OF_DOCUMENT_TOKEN_TO_BE_REPLACED 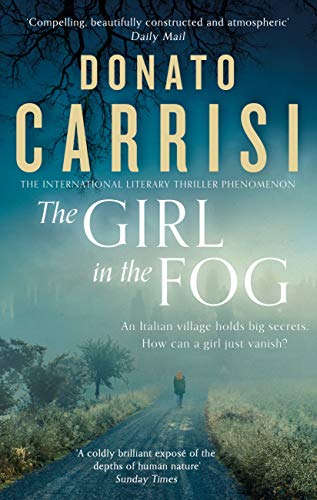 Sunday Times Crime Book Club PickMail on Sunday Thriller of the Week ‘A coldly brilliant exposé of the depths of human nature’ SUNDAY TIMES ‘Compelling, beautifully constructed and atmospheric’ DAILY MAIL Sixty-two days after the disappearance . . . A man is arrested in the small town of Avechot. His shirt is covered in blood. Could this have anything to … END_OF_DOCUMENT_TOKEN_TO_BE_REPLACED 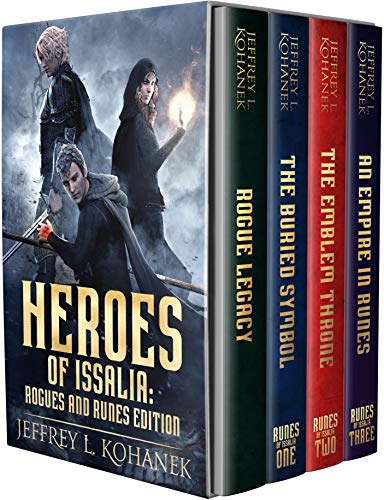 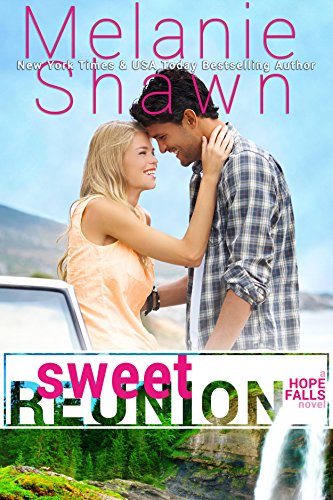 For Amanda Jacobs, dealing with the pain of losing her beloved Dad is the toughest thing she’s ever gone through, and it comes with a lot of complications, as well – like taking over the family business, Mountain Ridge Outdoor Adventures. It makes her miss the simplicity of being a teenager, when she was surrounded by her amazing friends, The … END_OF_DOCUMENT_TOKEN_TO_BE_REPLACED 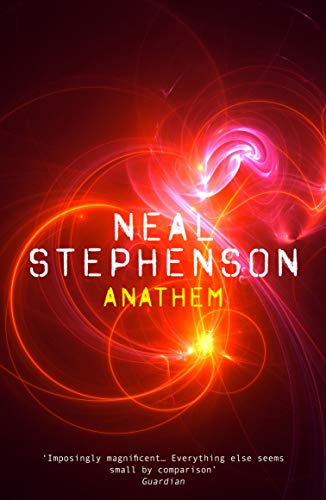 Erasmas, "Razï", is a young avout living in the Concent, a sanctuary for mathematicians, scientists, and philosophers. Three times during history’s darkest epochs, violence has invaded and devastated the cloistered community. Yet the avout have always managed to adapt in the wake of catastrophe. But they now prepare to open the Concentïs gates to the outside world, in celebration of … END_OF_DOCUMENT_TOKEN_TO_BE_REPLACED 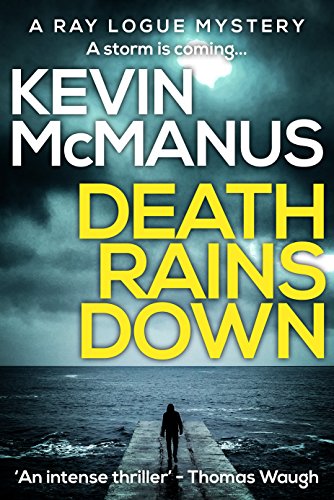 Detective Ray Logue is a maverick. He is stationed in Superintendent Jim Mulcahy’s police department, having never quite got over the death of his wife 8 years earlier. Logue is now a hard-drinking and damaged cop, a loose cannon, a thorn in Mulcahy’s side, apt to take the law into his own hands – but he always gets results. So … END_OF_DOCUMENT_TOKEN_TO_BE_REPLACED 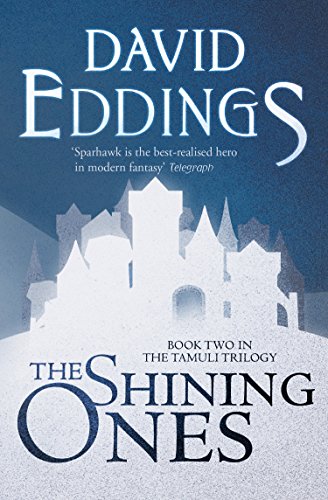 Continuing the epic tale begun in Book One of The Tamuli, Domes of Fire… Sparhawk and Queen Ehlana must do everything they can to educate Tamuli Emperor Sarabian in the art of leadership if they are to have any chance of standing against the evil forces that threaten their kingdoms. Sarabian’s enemies are regrouping and once again plan to attempt … END_OF_DOCUMENT_TOKEN_TO_BE_REPLACED 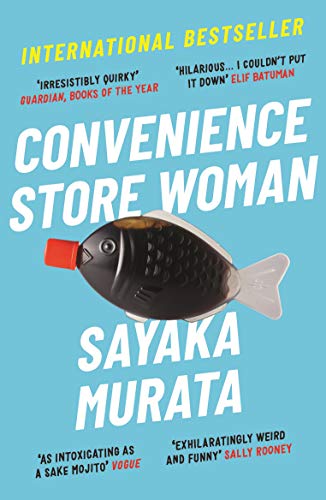 She found sanctuary in a supermarket. Now she’s about to lose it. Keiko isn’t normal. At school and university, people find her odd, and her family worries she will never fit in. To make them happy, Keiko takes a job at a newly opened convenience store where she finds peace and purpose in simple daily tasks. But in Keiko’s circle … END_OF_DOCUMENT_TOKEN_TO_BE_REPLACED 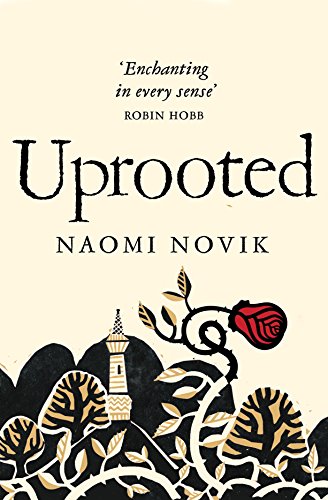