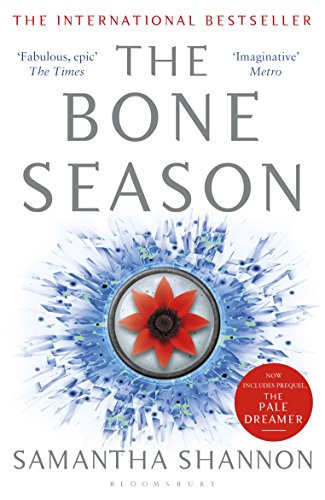 A dreamer who can start a revolution For the past two hundred years the Scion government has led an oppressive campaign against unnaturalness in London. Clairvoyance in all its forms has been decreed a criminal offence, and those who practise it viciously punished. Forced underground, a clairvoyant underworld has developed, combating persecution and evading capture. Paige Mahoney, a powerful dreamwalker … END_OF_DOCUMENT_TOKEN_TO_BE_REPLACED 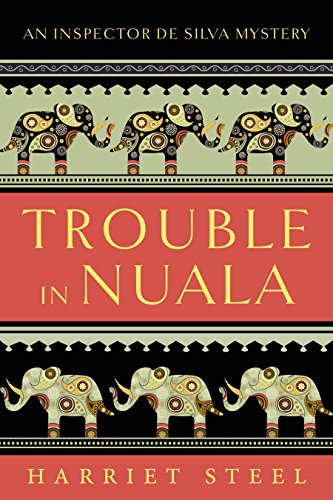 In the opening book of this popular and charming series set in the 1930s among the rolling green hills of colonial Ceylon, Inspector Shanti de Silva is not finding life in his new post in the sleepy town of Nuala as restful as he had hoped. An arrogant plantation owner with a lonely wife, a crusading lawyer, and a death … END_OF_DOCUMENT_TOKEN_TO_BE_REPLACED 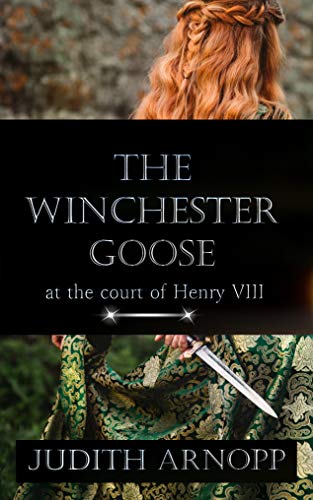 ‘Written with passion and empathy, Arnopp’s insight and extensive, faultless research shines throughout A Song of Sixpence.’  Tudor London: 1540. Each night, after dark, men flock to Bankside seeking girls of easy virtue; prostitutes known as The Winchester Geese. Joanie Toogood has worked the streets of Southwark since childhood but her path is changed forever by an encounter with Francis Wareham, … END_OF_DOCUMENT_TOKEN_TO_BE_REPLACED 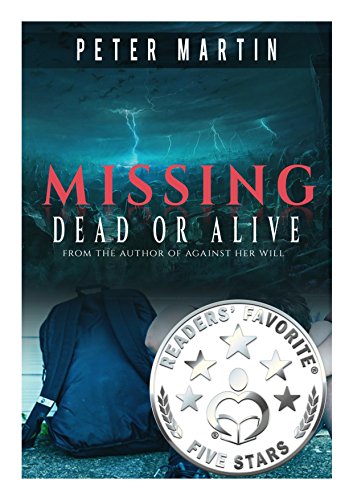 A YOUNG BOY DISAPPEARS ON HIS WAY TO SCHOOL FOR NO APPARENT REASON. HIS DISTAUGHT FAMILY SEARCH EVERYWHERE AND THE POLICE ARE UNABLE TO TRACE HIM. IS THEIR SON ALIVE OR IS HE DEAD? THEY WILL NEVER REST UNTIL THEY FIND OUT THE TRUTH. BUT AT WHAT PRICE? When Tim, Maria and Bob’s fourteen-year-old son goes missing, they are baffled … END_OF_DOCUMENT_TOKEN_TO_BE_REPLACED 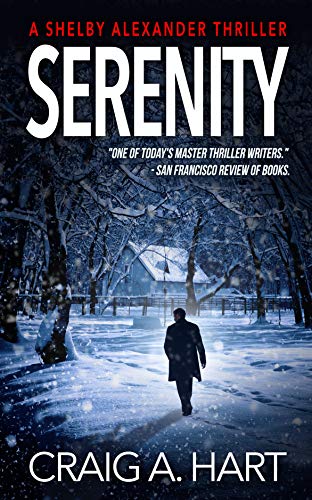 by Craig A. Hart

More than 160,000 readers have been thrilled by the Shelby Alexander adventures. Continue the thrills with Serenity Stalked, book two in the series! Hart is "one of today’s master thriller writers. " – San Francisco Review of Books. About the Series: Shelby Alexander is an aging ex-boxer and retired fixer who moves back to the small town of his youth … END_OF_DOCUMENT_TOKEN_TO_BE_REPLACED 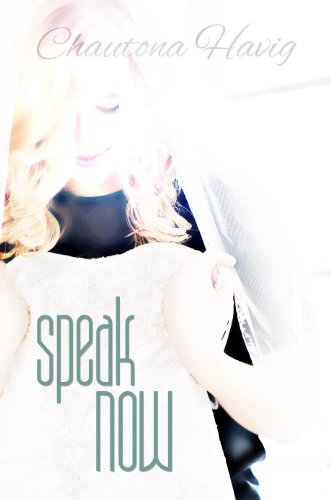 They met at a wedding and his children stole her heart. What started as a polite dance at the reception initiated a whirlwind romance. He admires her heart–not to mention her beauty. She feels more comfortable with him than anyone she’s ever met. Their chemistry–so intense that they can’t risk affection. Their temptation threshold is simply too narrow to risk. … END_OF_DOCUMENT_TOKEN_TO_BE_REPLACED 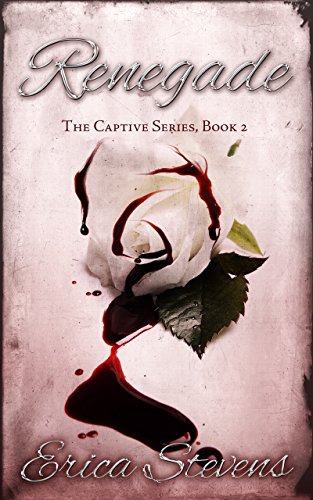 Free of the palace, Aria is still tormented by memories of Braith… the vampire prince who shattered her heart. Her only solace from the anguish is with Max, her best friend, and fellow blood slave. Just as Aria begins to salvage the broken pieces of her wounded spirit, a marauding group of vampires raid the caves where the rebels are … END_OF_DOCUMENT_TOKEN_TO_BE_REPLACED 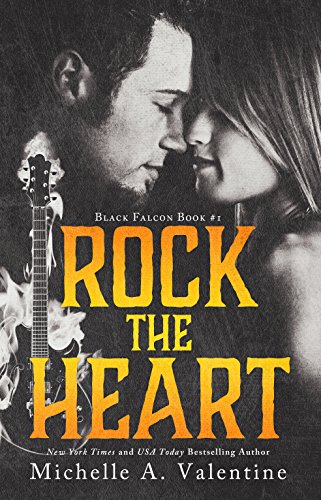 by Michelle A. Valentine

New York Times Bestselling Series! For the last four years, good girl Lane has regretted breaking up with Noel Falcon. She thought she was sensible when she told him his dreams of being a rock star would get him nowhere, but now that he’s a rock god and her career is stagnant, she realizes just how wrong she was. When … END_OF_DOCUMENT_TOKEN_TO_BE_REPLACED 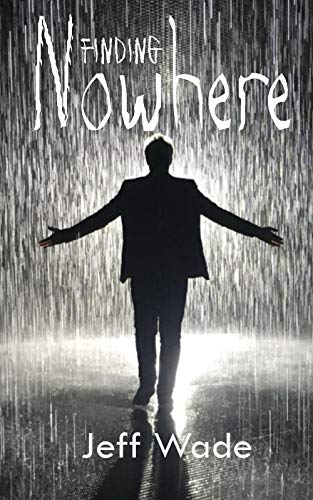 He asked of God what he’d silently asked the killer. Of course there was no reply. There never was. Master Pastor, who is neither a master nor a pastor, spends the hours of his life in a fruitless search. For God, for himself—and now for Jessi, his ten-year-old surrogate daughter. She’s been kidnapped. Left for dead, the sole living witness … END_OF_DOCUMENT_TOKEN_TO_BE_REPLACED 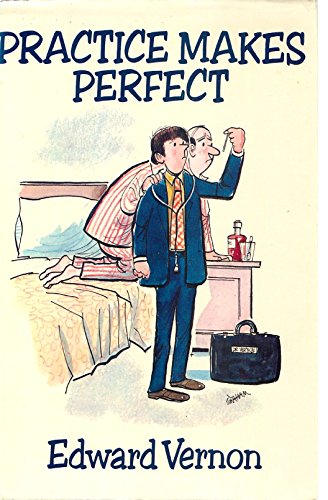 It’s the 1970s and newly qualified GP Edward Vernon has taken a job as an assistant to an elderly general practitioner in a small town in the English midlands. It is his first job in general practice; his first brave excursion into the dangerous world where patients walk round in their clothes. Dr Vernon soon finds himself bemused, fascinated and … END_OF_DOCUMENT_TOKEN_TO_BE_REPLACED 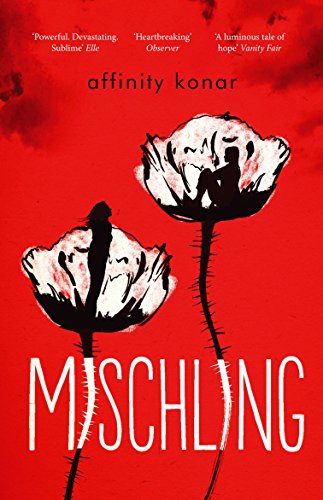 Longlisted for the Dublin Literary Award 2018 It’s 1944 when the twin sisters arrive at Auschwitz with their mother and grandfather. In their benighted new world, Pearl and Stasha Zagorski take refuge in their identical natures, comforting themselves with the private language and shared games of their childhood. As part of the experimental population of twins known as Mengele’s Zoo, … END_OF_DOCUMENT_TOKEN_TO_BE_REPLACED 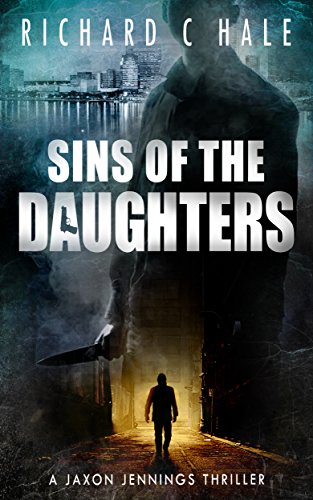 Our Sins Define Us. Or do they? Jaxon Jennings, private eye and brand new father, sees the world in a new light. One where he and his wife, Victoria, can raise their young daughter sheltered from the sins of this world, from his own sins and past mistakes. He has responsibilities and priorities. He has a new life. And his … END_OF_DOCUMENT_TOKEN_TO_BE_REPLACED 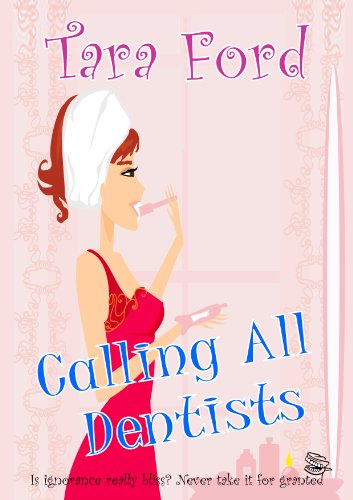 Calling All Dentists is the second book from the Calling All… series. Emma Frey shares a flat with her friend and colleague Ruby, a geeky bookish romantic with a taste for Mills & Boon. Emma has a fear of the dentist which is becoming a real problem as her gums continue to recede, but she cannot face the thought of … END_OF_DOCUMENT_TOKEN_TO_BE_REPLACED 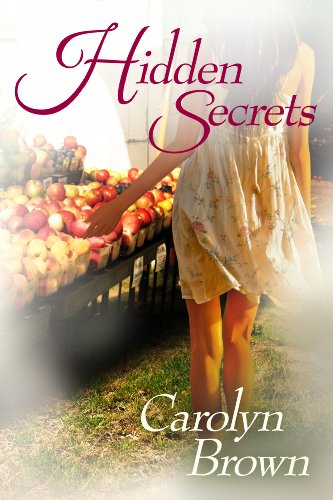 Kim Brewster’s ill-fated marriage was annulled so quickly that she thought she could keep the whole thing a secret…until she found out she was pregnant. But before her confession can blow a hole in the seemingly perfect lives of the Brewster women, her great-grandmother, Hannah, drops a bomb of her own. She’s selling her hotel and moving to a farm … END_OF_DOCUMENT_TOKEN_TO_BE_REPLACED 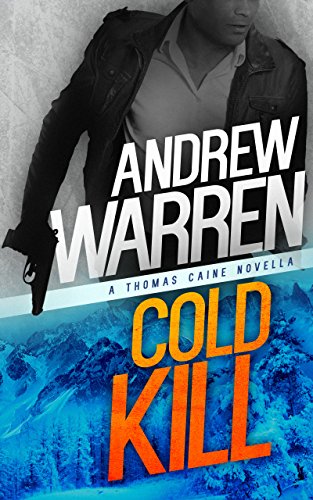 A betrayed assassin. A savage Russian commander. Who will be the victor in a brutal game of death? "Of all the thriller authors out there, Andrew Warren is the one I turn to when I want a thriller high." – USA Today Bestselling author Ty Patterson Thomas Caine is being hunted. To protect a friend, the vengeful assassin has taken … END_OF_DOCUMENT_TOKEN_TO_BE_REPLACED 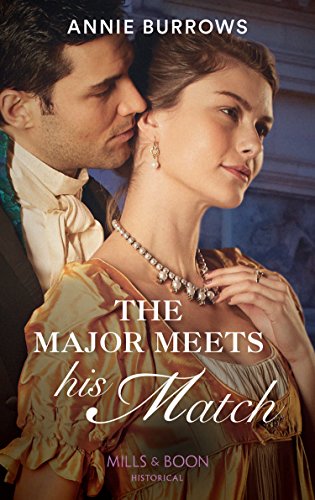 The major must wed Wastrel, rebel, layabout…just a few of the names Lord Becconsall has hidden his quick intellect and sharp wit behind over the years. Recently titled, ex-military and required to wed, Jack views ton ladies with a cynical eye… Until he falls upon–quite literally–Lady Harriet Inskip. After years of being overlooked, Harriet cannot believe that Lord Becconsall is … END_OF_DOCUMENT_TOKEN_TO_BE_REPLACED 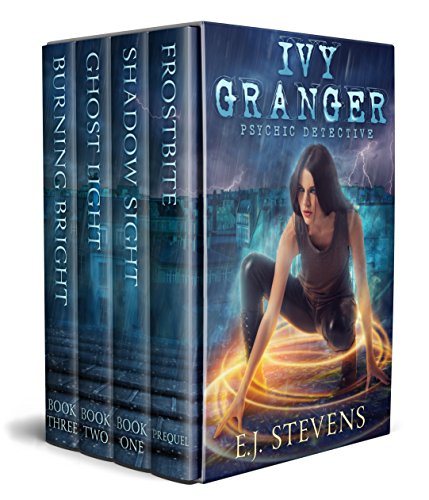 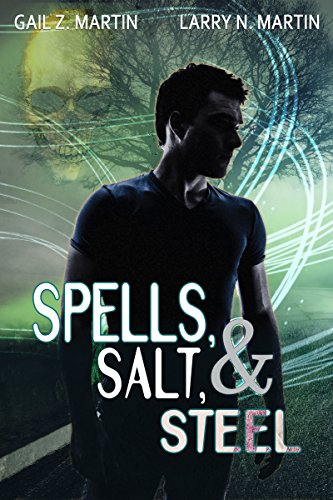 When all else fails, the ass end of a carp makes a damn fine weapon. No, that didn’t come from the lips of Bubba the Monster Hunter, but it sure could have! That sentence right there kinda encapsulates the life of Mark Wojcik, Monster Hunter. A blue-collar mechanic from the wilds of PA, Mark likes his beer cold, his poker … END_OF_DOCUMENT_TOKEN_TO_BE_REPLACED 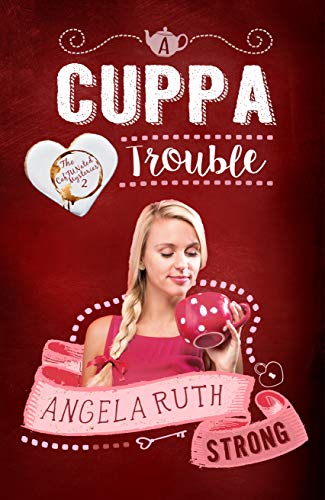 Can a couple of baristas chase down a car thief without spilling a drop of their favorite drink? Plans for a Valentine’s Day grand opening of a small town coffee shop go awry when the first customer is killed. Evidence points toward the victim being mixed up in a car theft ring, but shop owners Tandy and Marissa have reason … END_OF_DOCUMENT_TOKEN_TO_BE_REPLACED 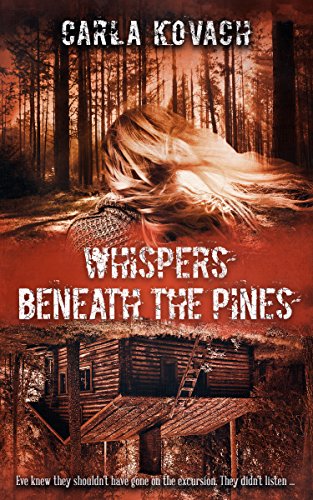 Edition 2. Twenty two year old classroom assistant Eve leaves England for sunny Turkey with her four childhood friends and Kevin; her first love who she hasn’t seen for six years. The group plan to have one last adventure before they have to finally relent to adulthood. What they think will be a week of sun, parties and romance soon … END_OF_DOCUMENT_TOKEN_TO_BE_REPLACED 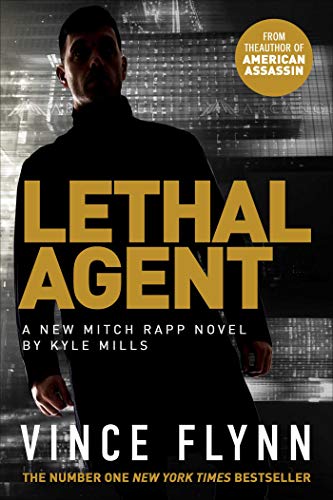 In the next Mitch Rapp thriller, a bioterrorist threat threatens an America already weakened by internal divisions. The head of ISIS, Sayid Halabi, survived Mitch Rapp’s attack on him, but while he convalesced, he plotted. Once healed, Halabi kidnaps a brilliant Yemeni microbiologist and forces him to produce anthrax. ISIS releases videos of his progress and uses them to stir … END_OF_DOCUMENT_TOKEN_TO_BE_REPLACED 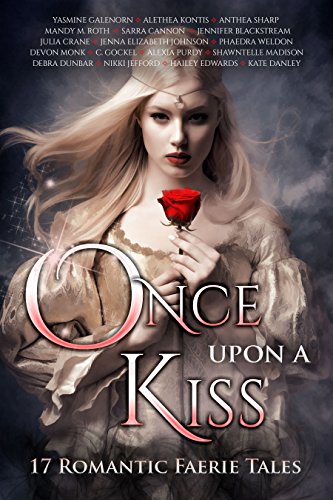 17 magical stories from NY Times and USA Today bestsellers and award-winning authors that will warm even the coldest hearts. Inspired by old favorites as well as lesser-known tales, find retellings of Cinderella, Beauty and the Beast, Sleeping Beauty, The Little Mermaid, Old Rinkrank, King Thrushbeard, The Princess and the Pea, and many more – all with fresh, romantic twists. … END_OF_DOCUMENT_TOKEN_TO_BE_REPLACED 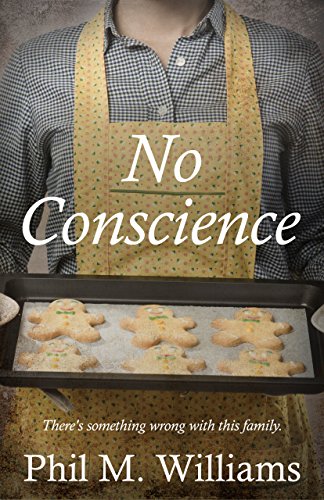 There’s something wrong with this family. Mary Shaw’s the doting mother, showering her children with gifts from the heart and the pocketbook. Wes Shaw’s different than his siblings—darker, awkward, the perpetual ne’er-do-well. The Shaws have survived divorce and death, but something sinister is in their midst. The truth threatens to tear them apart. The lies threaten to tear them apart. … END_OF_DOCUMENT_TOKEN_TO_BE_REPLACED 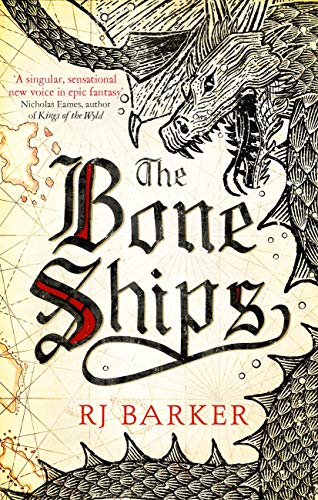 ‘Excellent . . . one of the most interesting and original fantasy worlds I’ve seen in years’ADRIAN TCHAIKOVSKY ‘Brilliant’ ROBIN HOBB, author of The Assassin’s Apprentice TWO NATIONS AT WAR. A PRIZE BEYOND COMPARE. For generations, the Hundred Isles have built their ships from the bones of ancient dragons to fight an endless war. The dragons disappeared, but the battles … END_OF_DOCUMENT_TOKEN_TO_BE_REPLACED