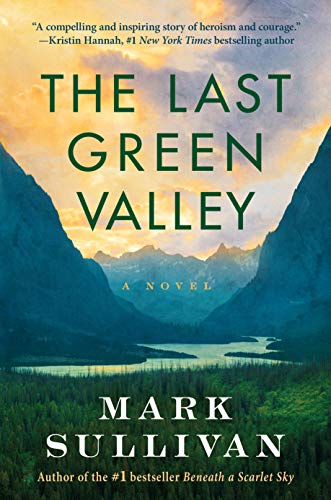 “Mark Sullivan has done it again! The Last Green Valley is a compelling and inspiring story of heroism and courage in the dark days at the end of World War II.” —Kristin Hannah, #1 New York Times bestselling author From the author of the #1 bestseller Beneath a Scarlet Sky comes a new historical novel inspired by one family’s incredible … END_OF_DOCUMENT_TOKEN_TO_BE_REPLACED 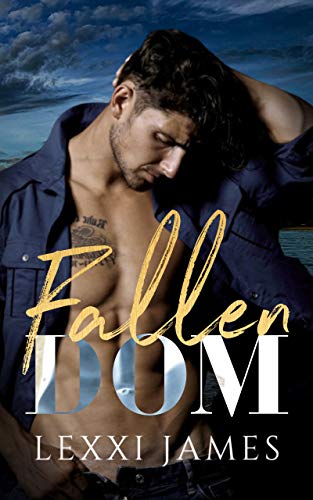 Kathryn Chase never imaged saving his life would lead to her submissions. Jake Russo thought he could leave it all behind. Being a soldier. And his life as a Dom. A brush with death will do that to a man. Make him believe that abandoning the past would be his only future. But he had one cross to bear. Watching … END_OF_DOCUMENT_TOKEN_TO_BE_REPLACED 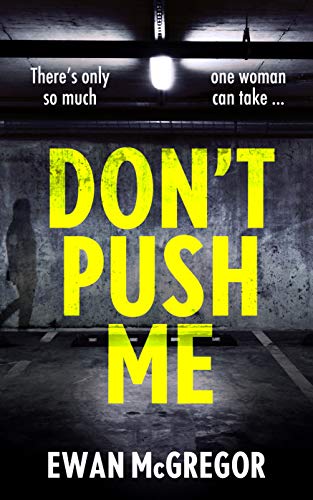 There’s only so much one woman can take… Everything is going wrong for Kat Matthews. Overweight. Drinking far too much. Career going nowhere fast. One failed marriage already behind her. She’s never been this unhappy before, and to top it all off she’s now being bullied at work by two girls young enough to be her daughters’. Kat has no … END_OF_DOCUMENT_TOKEN_TO_BE_REPLACED 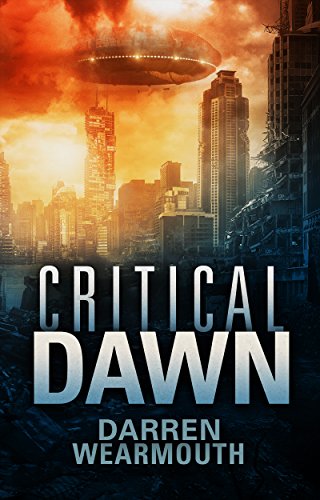 Aliens have planned against us for centuries… And now the attack is ready.Charlie Jackson’s archaeological team find advanced technology in an undisturbed 16th Century graves. While investigating the discovery, giant sinkholes appear across planet, marking the start of Earth’s colonization and the descent of civilization. Charlie, and the rest of humanity will have to fight for survival, sacrificing the life … END_OF_DOCUMENT_TOKEN_TO_BE_REPLACED 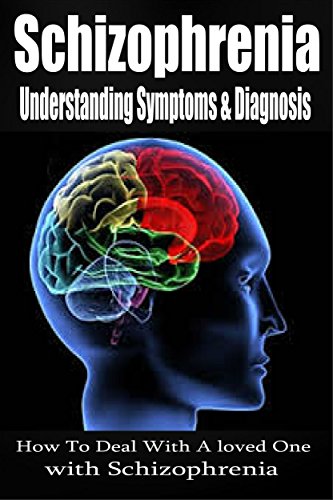 Schizophrenia – Understanding Symptoms, Diagnosis & Treatment Schizophrenia has become a recognized psychotic disorder in modern day psychology and research has shown that 1 in 100 suffer from this disease in some proportion or degree. It is a dreaded disease and comes as a near death blow to those who are diagnosed with this condition. This fear does not necessarily … END_OF_DOCUMENT_TOKEN_TO_BE_REPLACED 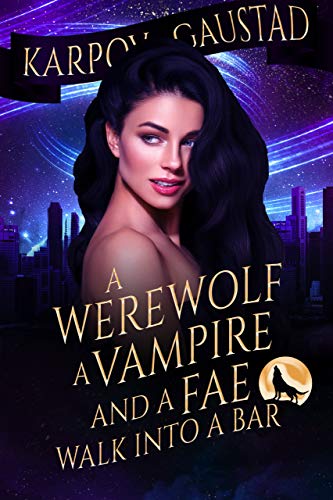 I lived a pretty ordinary life—a kid raised in my family’s bar who went off to college to escape the small-town life. But when my grandfather died and I returned to take over the family business, I discovered a much more extraordinary world waiting for me.Vampires, werewolves and fae are real.And they want my baby.My daughter is meant to fulfill … END_OF_DOCUMENT_TOKEN_TO_BE_REPLACED 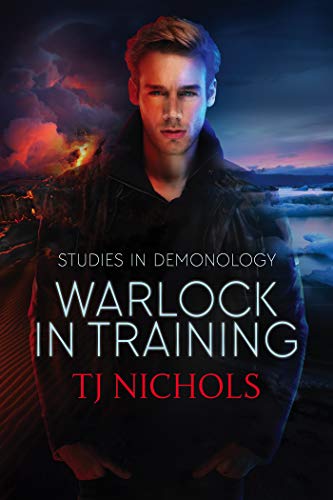 "Recommended."-Binge On Books Angus Donohue doesn’t want to be a warlock. He believes draining demons for magic is evil, but it’s a dangerous opinion to have–his father is a powerful and well-connected warlock, and Angus is expected to follow the family tradition.His only way out is to fail the demon summoning class. Failure means expulsion from the Warlock College. Despite … END_OF_DOCUMENT_TOKEN_TO_BE_REPLACED 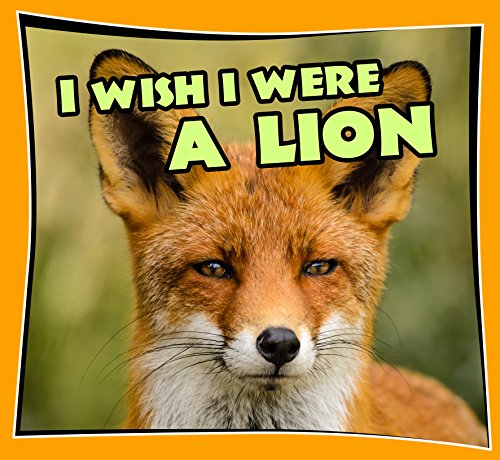 This is Bross. Bross is a FOX. He is 7 years old. But Bross doesn’t want to be a FOX . He would prefer to be a LION. He wants to have all the advantages that LION have. So, let’s join him on his dream. Great book for Kids 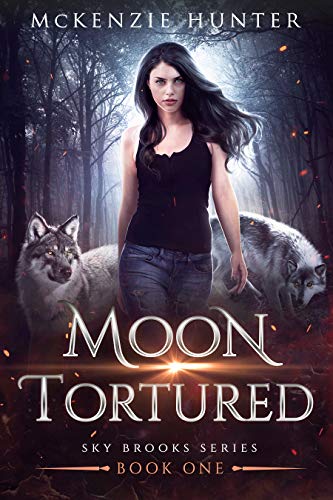 Nothing is ever what it seems—including me.The Midwest Pack has three goals: Protect the pack. Protect the pack. And yeah, protect the pack.I have my own goal: Live a simple life and hope no one ever discovers that the quiet young woman next door turns into a wolf. All my efforts go up in flames when a vampire attack draws … END_OF_DOCUMENT_TOKEN_TO_BE_REPLACED 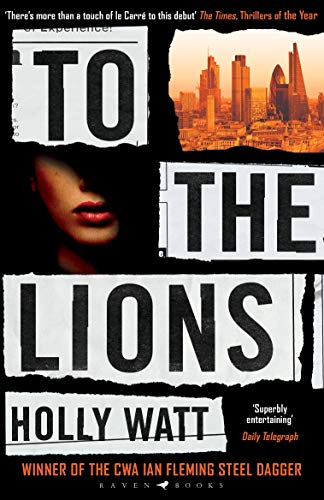 WINNER OF THE 2019 CWA IAN FLEMING STEEL DAGGER CHOSEN AS A TIMES, SUNDAY TIMES, TELEGRAPH AND GUARDIAN BOOK OF THE YEAR 'A dark trail of murder, political corruption and lies' iA journalist must follow the clues, no matter how far that takes her.Casey Benedict, star reporter at the Post, has infiltrated the lives and exposed the lies of countless … END_OF_DOCUMENT_TOKEN_TO_BE_REPLACED 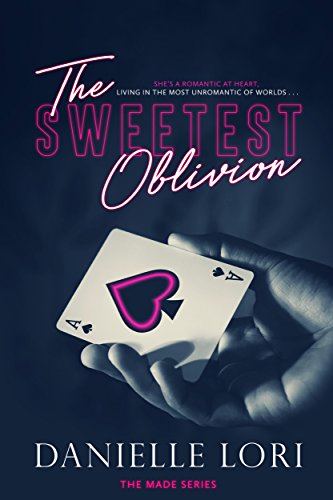 AMAZON CHARTS BESTSELLER She’s a romantic at heart, living in the most unromantic of worlds . . .Nicknamed Sweet Abelli for her docile nature, Elena smiles on cue and has a charming response for everything. She’s the favored daughter, the perfect mafia principessa . . . or was.Now, all she can see in the mirror’s reflection is blood staining her … END_OF_DOCUMENT_TOKEN_TO_BE_REPLACED 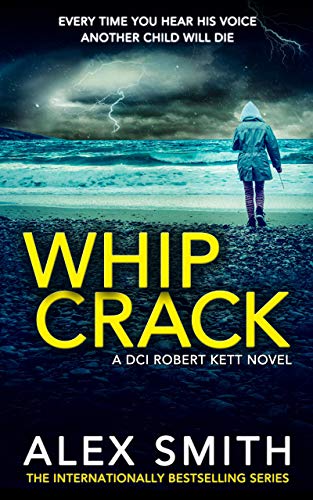 Every time you hear his voice, another child will die.DCI Robert Kett’s family may be whole again, but he is a broken man.Suspended from duty, he takes his girls out of the city for a much-needed holiday on the Norfolk Coast.Instead of the peace he desperately needs, however, Kett finds a community in chaos. Four teenagers are missing, and time … END_OF_DOCUMENT_TOKEN_TO_BE_REPLACED 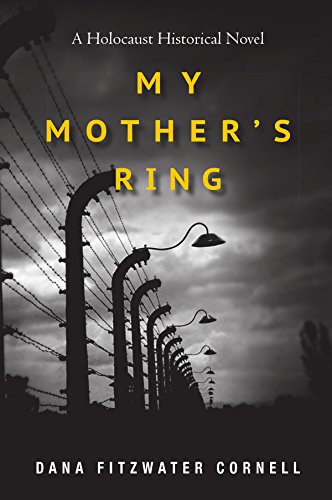 ~Runner-up in the 2013 London Book Festival~ Genre: Historical Fiction The Holocaust didn’t really end in 1945. Not for everyone. Even after the war, survivors’ lives were influenced by their terrifying experiences. Some of them were never able to retell their stories—for others, it took decades. In My Mother’s Ring: A Holocaust Historical Novel, Henryk Frankowski feels compelled to pen … END_OF_DOCUMENT_TOKEN_TO_BE_REPLACED 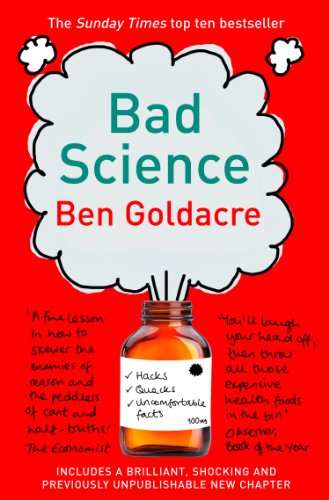 Ben Goldacre’s wise and witty bestseller, shortlisted for the Samuel Johnson Prize, lifts the lid on quack doctors, flaky statistics, scaremongering journalists and evil pharmaceutical corporations. Since 2003 Dr Ben Goldacre has been exposing dodgy medical data in his popular Guardian column. In this eye-opening book he takes on the MMR hoax and misleading cosmetics ads, acupuncture and homeopathy, vitamins … END_OF_DOCUMENT_TOKEN_TO_BE_REPLACED 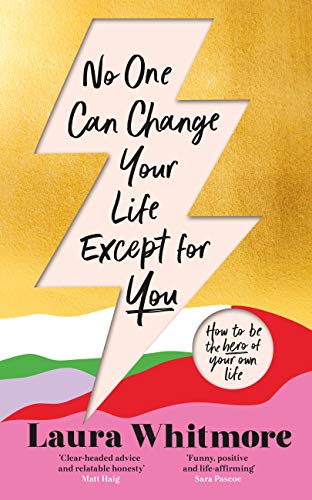 'Funny, positive and life-affirming, Laura is like a PT for your self-confidence.' SARA PASCOE'Clear-headed advice and relatable honesty.' MATT HAIG'My favourite kind of book – like a glass of wine with your smart, funny friend.' KATHERINE RYAN'When I was a kid the first album I owned was by Wilson Phillips. I remember the lyric from the song Hold On, 'No … END_OF_DOCUMENT_TOKEN_TO_BE_REPLACED 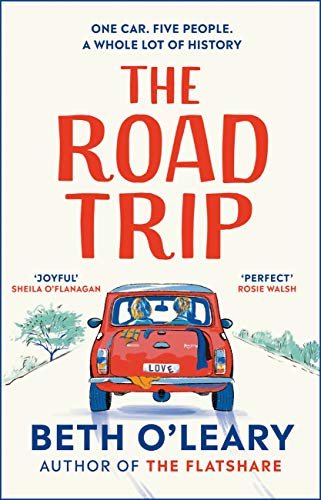 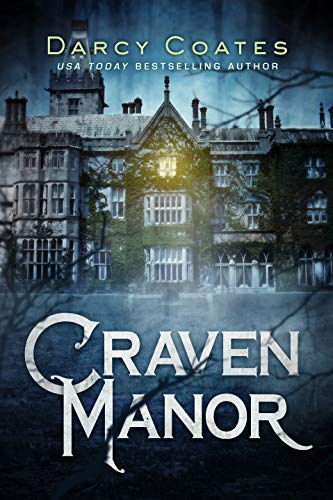 Daniel is desperate for a job. When someone slides a note under his door offering him the groundskeeper’s position at an old estate, it seems too good to be true.Alarm bells start ringing when he arrives at Craven Manor. The mansion’s front door hangs open, and leaves and cobwebs coat the marble foyer. It’s clear no one has lived there … END_OF_DOCUMENT_TOKEN_TO_BE_REPLACED 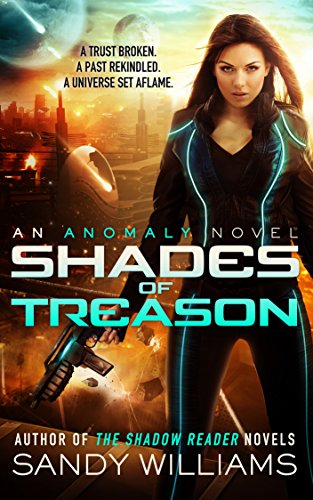 Ash would have given her life to save her teammates.Instead, they gave their lives to save hers.Lieutenant Ramie Ashdyn is an anomaly, a person whose genetics makes her stronger and smarter than the average human. She’s pledged her life to protect the Coalition, an alliance of thirteen planetary systems, but when a top secret operation turns bloody, she’s charged with … END_OF_DOCUMENT_TOKEN_TO_BE_REPLACED 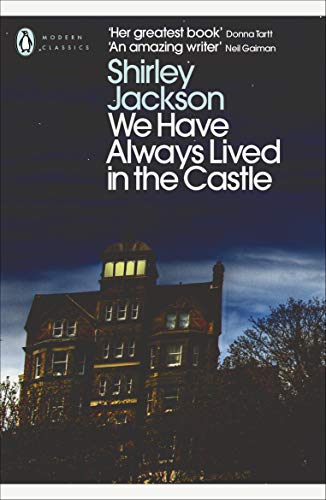 'Her greatest book … at once whimsical and harrowing, a miniaturist's charmingly detailed fantasy sketched inside a mausoleum … the deeper we sink, the deeper we want to go' Donna TarttLiving in the Blackwood family home with only her sister Constance and her Uncle Julian for company, Merricat just wants to preserve their delicate way of life. But ever since … END_OF_DOCUMENT_TOKEN_TO_BE_REPLACED 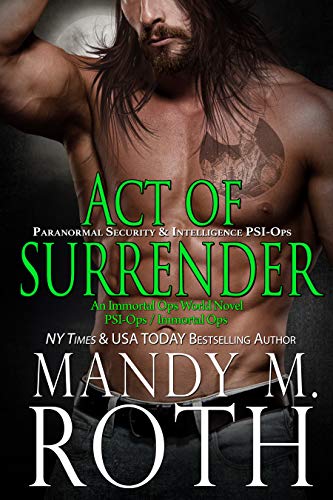 Dr. James Hagen thought he’d bid Paranormal Security and Intelligence Agency good riddance nearly ten years back. He’d been an operative with them for so long that carving out a new path in life had taken time, but he’d achieved it. He’d made it his mission in life to help the wayward find a path again, to help those who … END_OF_DOCUMENT_TOKEN_TO_BE_REPLACED 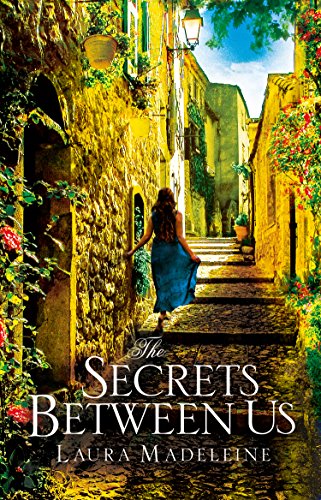 A gripping mystery with a heart-breaking revelation, The Secrets Between Us is a sublimely satisfying story of lost love, betrayal and the dangers of war.‘Sublimely satisfying’ Veronica Henry, author of The Forever HouseHigh in the mountains in the South of France, eighteen-year-old Ceci Corvin is trying hard to carry on as normal. But in 1943, there is no such thing … END_OF_DOCUMENT_TOKEN_TO_BE_REPLACED 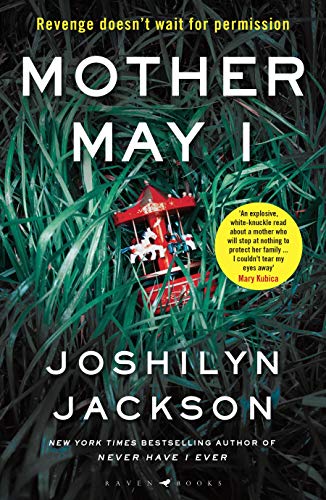 'Brilliantly unnerving … expertly crafted' Sunday Times, Thriller of the Month 'Jackson raises the stakes again and again' Guardian'Finely paced, shrewdly observed … Mother May I is a thinking (and feeling) reader's thriller' Wall Street JournalIt's every mother's worst nightmare. 'If you ever want to see your baby again, GO HOME. Tell no one. Do not call the police. Do … END_OF_DOCUMENT_TOKEN_TO_BE_REPLACED 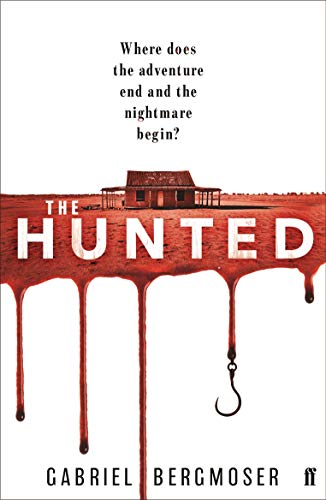 Where does the adventure end . . . and the nightmare begin?Frank owns a service station on a little-used highway. His granddaughter, Allie, is sent to stay with him for the summer, but they don't talk a lot.Simon is a dreamer and an idealist, in thrall to the romance of the open road and desperately in search of something.Maggie is … END_OF_DOCUMENT_TOKEN_TO_BE_REPLACED 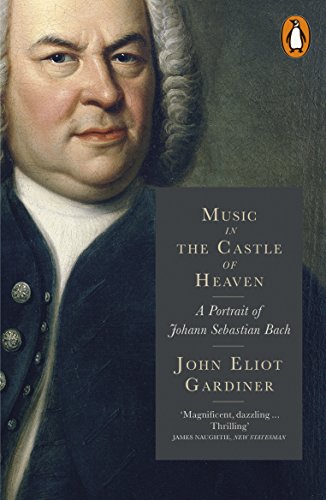 Johann Sebastian Bach is one of the most unfathomable composers in the history of music. How can such sublime work have been produced by a man who (when we can discern his personality at all) seems so ordinary, so opaque – and occasionally so intemperate? John Eliot Gardiner grew up passing one of the only two authentic portraits of Bach … END_OF_DOCUMENT_TOKEN_TO_BE_REPLACED 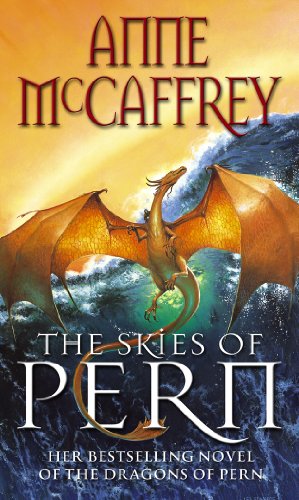 A new age is dawning on Pern, for since the dragons have changed the orbit of the Red Star, the horrors of Threadfall will soon be a thing of the past. But even as the dragon riders are trying to decide what their future role will be, further dangers are beginning to emerge, as those calling themselves the Abominators plot … END_OF_DOCUMENT_TOKEN_TO_BE_REPLACED 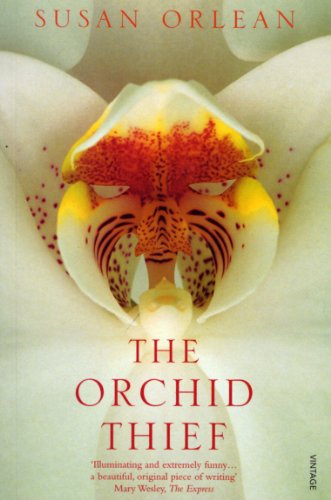 Susan Orlean first met John Laroche when visiting Florida to write for the New Yorker about his arrest for stealing rare ghost orchids from a nature reserve. Fascinated both by Laroche and the world she uncovered of orchid collectors and growers, she stayed on, to write this magical exploration of obsession and the strange world both of the orchid obsessives … END_OF_DOCUMENT_TOKEN_TO_BE_REPLACED 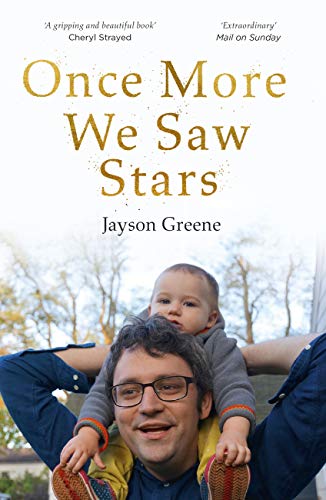 Listed in Time's 100 Must-Read Books of 2019'A gripping and beautiful book about the power of love in the face of unimaginable loss' Cheryl Strayed'Extraordinary . . . both heartbreaking and life-affirming . . . you will find your heart magically expanded' Mail on Sunday'Greene's account of his loss is remarkably uplifting. It's hard-won proof that love can survive our … END_OF_DOCUMENT_TOKEN_TO_BE_REPLACED