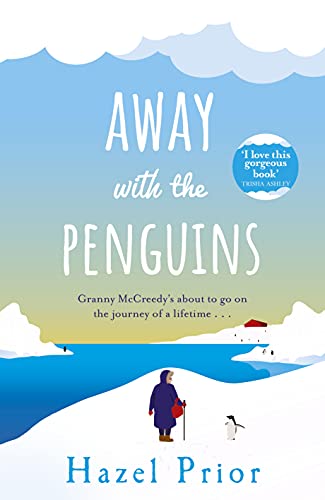 A truly feel-good book club read – a #1 bestseller in ebook and audio!'This year's Eleanor Oliphant . . . Funny, bittersweet and wholly original.' Daily Express Veronica McCreedy is about to have the journey of a lifetime . . .Veronica McCreedy lives in a mansion by the sea. She loves a nice cup of Darjeeling tea whilst watching a … END_OF_DOCUMENT_TOKEN_TO_BE_REPLACED 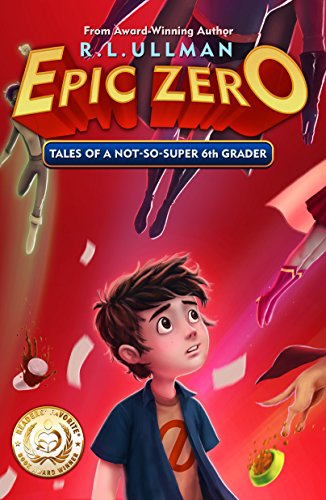 Growing up in a superhero family is cool, unless you’re powerless… **Gold Medal Winner – Readers’ Favorite Book Awards** ★★★★★Over 6,000 five-star series reviews on Amazon and Goodreads.All Elliott Harkness wants is to be a superhero. His parents are superheroes. His older sister is a superhero. Heck, even his dog is a superhero. But Elliott has a problem—he’s a “Zero”—which … END_OF_DOCUMENT_TOKEN_TO_BE_REPLACED 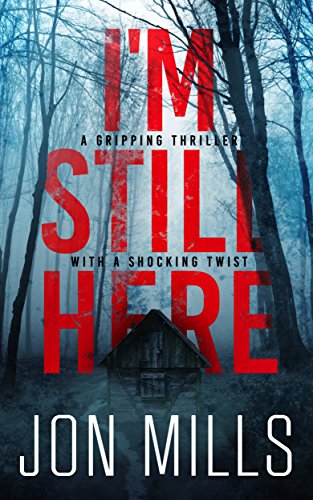 The Amazon Charts bestselling author of Lost Girls delivers a suspenseful thriller that will keep you turning pages and guessing until the end.Still haunted by her brother’s disappearance and the high profile murder trial that gripped the nation, New York homicide detective, Kara Walker deals with survivor’s guilt by tracking down killers. But as the anniversary of her brothers abduction … END_OF_DOCUMENT_TOKEN_TO_BE_REPLACED 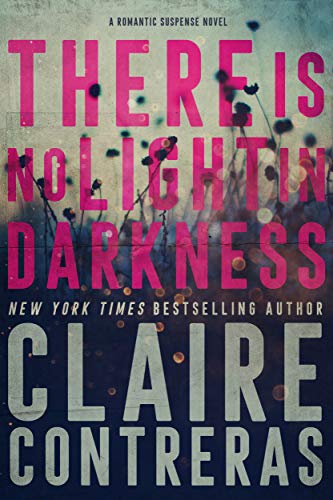 Blake Brennan’s past is cloudy at best, but when she decides to uncover what happened when she was a child, she finds herself getting pulled deeper into a web of lies. When her loved ones are threatened, she must decide if finding the truth about her family is worth losing the ones who have always been there for her. This … END_OF_DOCUMENT_TOKEN_TO_BE_REPLACED 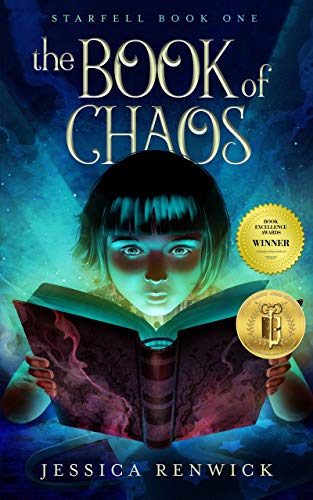 A magical book. An enchanted forest. One brave girl on a quest to save her family. Join Fable on this spellbinding adventure for middle grade children!Winner of the 2019 Children’s Literary Classics Award for Middle Grade GeneralWinner of the 2019 Book Excellence Award for Children’s Fiction There is no magic in the village of Larkmoor. None, except for the spark … END_OF_DOCUMENT_TOKEN_TO_BE_REPLACED 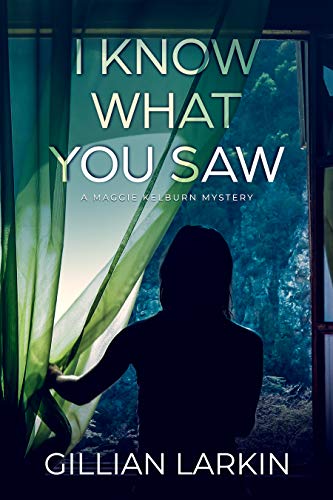 First, there were hedgehogs. Then there was a murder. And now, Maggie Kelburn is on the run from a killer. Maggie Kelburn is an ordinary woman who lives on an ordinary street. A quiet street where nothing unremarkable happens. Until a neighbour is murdered. Maggie doesn’t know she captured the murder on video until a surveillance expert, Sam Ward, shows her … END_OF_DOCUMENT_TOKEN_TO_BE_REPLACED 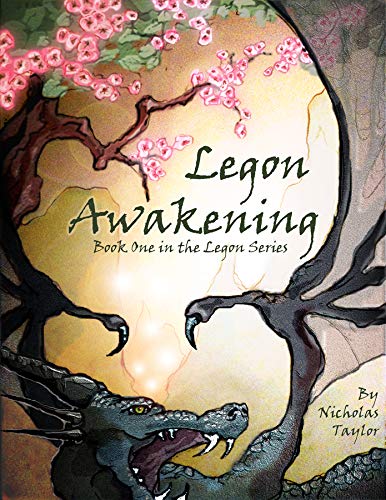 Set in a world that is not our own, Legon Awakening takes you through an epic journey into a land full of wonderment, illusion, and innovation.Legon is a simple young man in the small town of Salmont, a town in the center of the Empire that few know about and even fewer care about. All he wishes to do is … END_OF_DOCUMENT_TOKEN_TO_BE_REPLACED 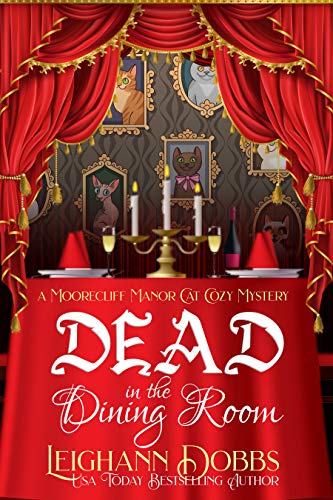 The butler did it…. or did he?A classic whodunit with a clever senior sleuth and mystery solving cats set in a manor house. When the patriarch of Moorecliff Manor drops dead at dinner, it’s up to Aunt Araminta and her Siamese cats Arun and Sasha to uncover the identity of the killer. It will be no easy task, as there … END_OF_DOCUMENT_TOKEN_TO_BE_REPLACED 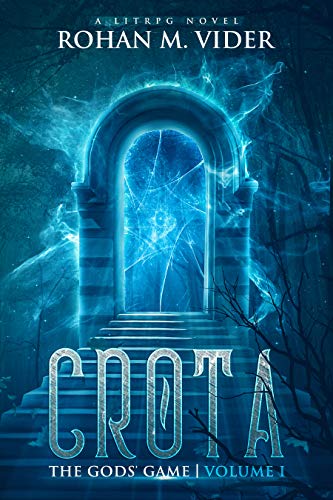 The start of an epic LITRPG fantasy adventure… Of a game played between gods where the playing field is the world itself and the pieces, living beings. A young man is caught unwittingly between, in a strange world, without allies or help, and must battle for survival using his wits and magic alone.Pawn or Player…his fate is his to decide…which … END_OF_DOCUMENT_TOKEN_TO_BE_REPLACED 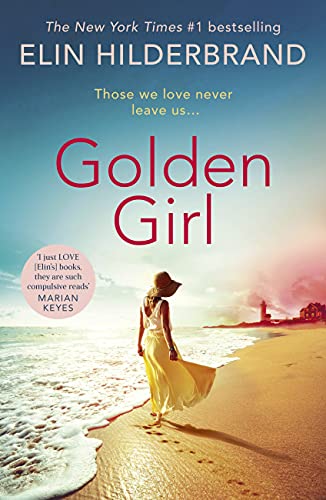 'I just LOVE [Elin Hilderbrand's] books, they are such compulsive reads' – Marian KeyesWhen Vivian Howe, author of thirteen novels and mother of three grown-up children, is killed in a hit-and-run incident while jogging near her home, she ascends to the Beyond. Because her death was unfair, she is allowed to watch what happens below with her children, her best … END_OF_DOCUMENT_TOKEN_TO_BE_REPLACED 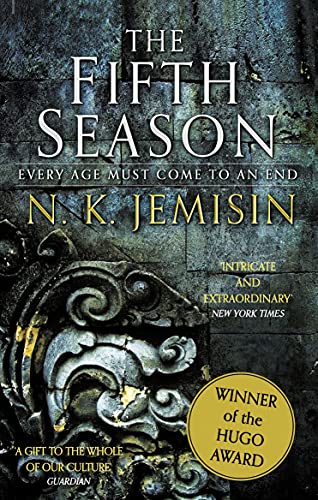 Winner of the Hugo Award for Best Novel Book 1 in the record-breaking triple Hugo-Award-winning trilogy***One of Time Magazine's top 100 fantasy books of all time*** ***Shortlisted for the World Fantasy, Nebula, Kitschies, Audie and Locus Awards*** ***A New York Times Notable Book and the inaugural Wired.com book club pick ***THIS IS THE WAY THE WORLD ENDS . . . … END_OF_DOCUMENT_TOKEN_TO_BE_REPLACED 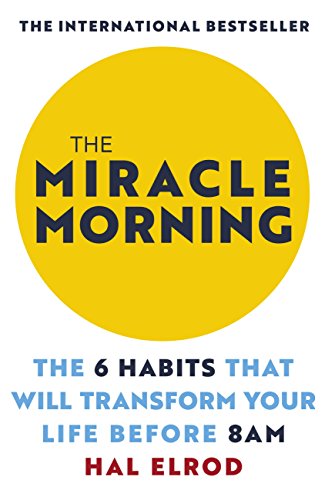 What's being widely regarded as "one of the most life changing books ever written" may be the simplest approach to achieving everything you've ever wanted, and faster than you ever thought possible'Hal Elrod is a genius and his book The Miracle Morning has been magical in my life' Robert Kiyosaki, bestselling author of Rich Dad Poor Dad What if you … END_OF_DOCUMENT_TOKEN_TO_BE_REPLACED 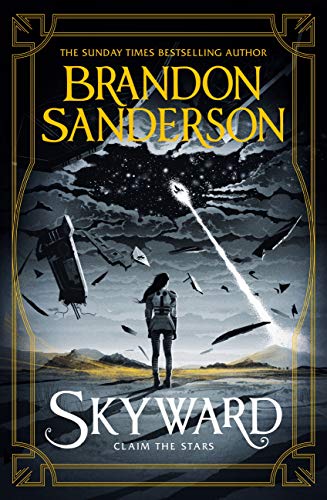 Spensa's world has been under attack for hundreds of years. An alien race called the Krell leads onslaught after onslaught from the sky in a never-ending campaign to destroy humankind. Humanity's only defense is to take to their ships and fight the enemy in the skies. Pilots have become the heroes of what's left of the human race. Spensa has … END_OF_DOCUMENT_TOKEN_TO_BE_REPLACED 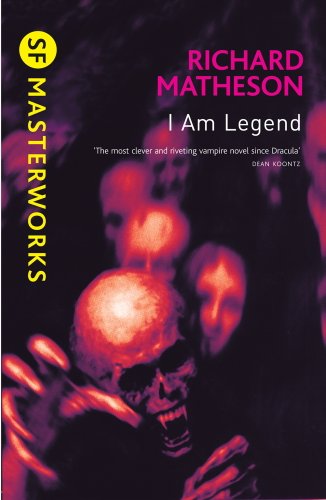 An acclaimed SF novel about vampires. The last man on earth is not alone …Robert Neville is the last living man on Earth … but he is not alone. Every other man, woman and child on the planet has been struck by a deadly pandemic. Now they are vampires, and they are hungry for Neville's blood.By day he is the … END_OF_DOCUMENT_TOKEN_TO_BE_REPLACED 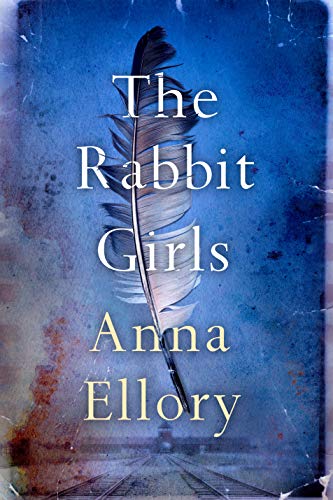 Berlin, 1989. As the wall between East and West falls, Miriam Winter cares for her dying father, Henryk. When he cries out for someone named Frieda – and Miriam discovers an Auschwitz tattoo hidden under his watch strap – Henryk’s secret history begins to unravel. Searching for more clues of her father’s past, Miriam finds an inmate uniform from the … END_OF_DOCUMENT_TOKEN_TO_BE_REPLACED 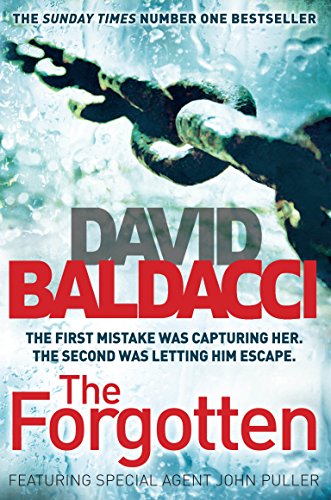 The second title in David Baldacci's bestselling series, The Forgotten is a fast-paced action thriller, featuring the hero of Zero Day – John Puller.Criminal investigator John Puller is drawn closer to home when his aunt is found dead in her house in Paradise, Florida. The local police have ruled the death as an accident, but Puller finds evidence to suggest … END_OF_DOCUMENT_TOKEN_TO_BE_REPLACED 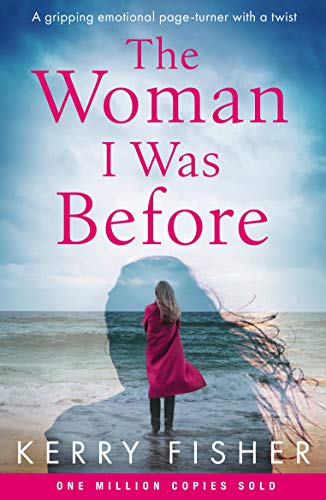 ‘For fans of Jodi Picoult and Liane Moriarty, this book is an intense page-turner… a book that you won’t be able to put down until the very last page. It’s awesome, read it!’ Our Grand LifeA new home can be a happy ending. Or a fresh start. Or a hiding place…Of all the emotions single mother Kate Jones feels as … END_OF_DOCUMENT_TOKEN_TO_BE_REPLACED

This new edition of The Great Gatsby includes a foreword by critically acclaimed novelist Michael Farris Smith, as well as an exclusive extract of his forthcoming novel, NICK, which imagines narrator Nick Carraway's life before he meets Gatsby Enigmatic, intriguing and fabulously wealthy, Jay Gatsby throws lavish parties at his West Egg mansion to impress Daisy Buchanan, the object of … END_OF_DOCUMENT_TOKEN_TO_BE_REPLACED 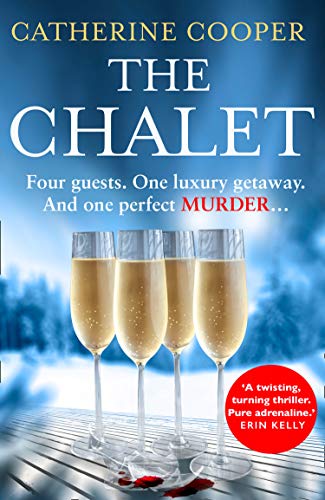 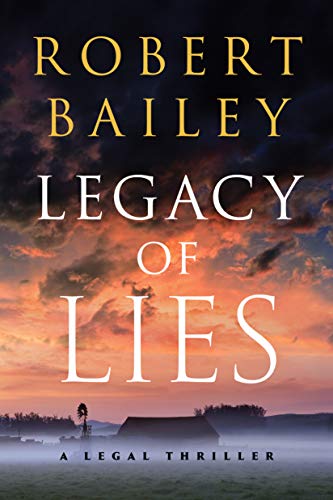 A small-town attorney takes on prejudice and corruption in this powerful legal thriller. Small-town lawyer Bocephus Haynes comes home late one night to find District Attorney General Helen Lewis waiting for him. Her ex-husband has just been killed. She’s about to be arrested for his murder. And she wants Bo to represent her. There’s a lot working against them. Just … END_OF_DOCUMENT_TOKEN_TO_BE_REPLACED 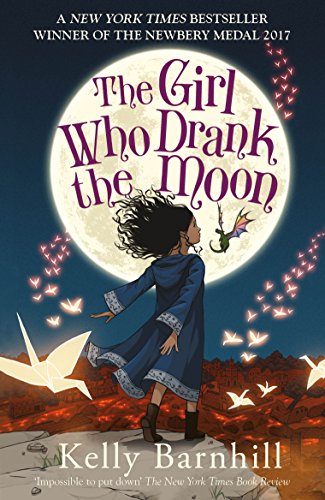 THE NO. 1 NEW YORK TIMES BESTSELLER AND NEWBERY MEDAL WINNER'This beautifully written, darkly funny coming-of-age story will enchant and entertain' Daily MailEvery year, the people of the Protectorate leave a baby as an offering to the witch who lives in the forest. They hope this sacrifice will keep her from terrorizing their town. But the witch in the Forest, … END_OF_DOCUMENT_TOKEN_TO_BE_REPLACED 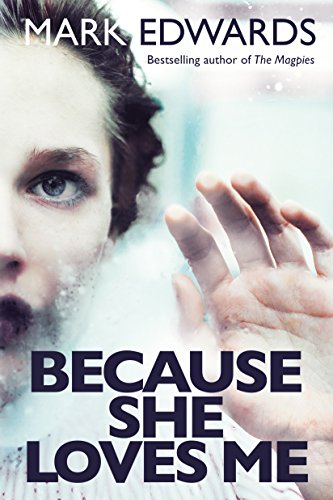 A gripping tale of jealousy and obsession, from the #1 bestselling author of The Magpies. When Andrew Sumner meets beautiful, edgy Charlie, he is certain his run of bad luck has finally come to an end. But as the two of them embark on an intense affair, Andrew wonders if his grasp on reality is slipping. Items go missing in … END_OF_DOCUMENT_TOKEN_TO_BE_REPLACED 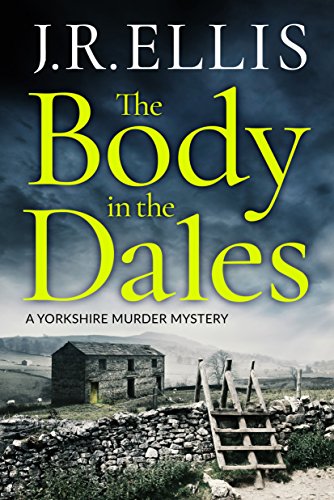 An unpopular victim. An impossible crime. A murderer on the loose. Revised edition: Previously published as The Body in Jingling Pot, this edition of The Body in the Dales includes editorial revisions. A body is discovered deep in a cave beneath the Yorkshire Dales. Leading the investigation into the mysterious death are experienced DCI Jim Oldroyd and his partner DS … END_OF_DOCUMENT_TOKEN_TO_BE_REPLACED 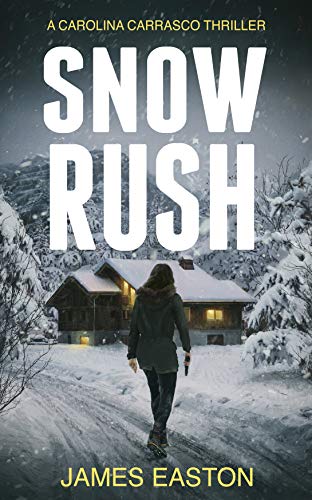 "It’s brilliant!" BBC Radio Tees Jason Bourne meets Karen Sisco in this pulsating European action thriller. In the plush French ski-town of Morzine, the season is underway and everything seems normal. But the quiet resort is about to become the venue for a brutal clash between dangerous men who feed on violence and a woman of honour who won’t back … END_OF_DOCUMENT_TOKEN_TO_BE_REPLACED 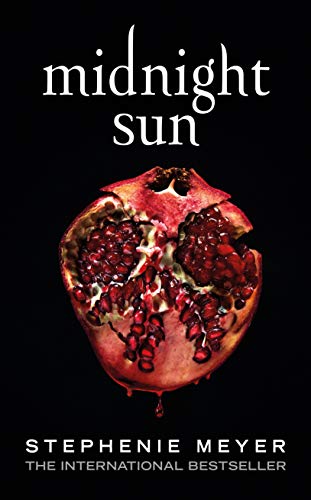 It's here! Number one bestselling author Stephenie Meyer makes a triumphant return to the world of Twilight with this highly-anticipated companion; the iconic love story of Bella and Edward told from the vampire's point of view.When Edward Cullen and Bella Swan met in Twilight, an iconic love story was born. But until now, fans have heard only Bella's side of … END_OF_DOCUMENT_TOKEN_TO_BE_REPLACED 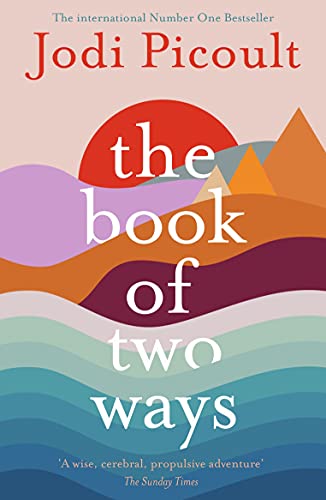 Order Jodi Picoult's stunning new novel about life, death, and missed opportunities. THE #1 NEW YORK TIMES BESTSELLER'A writer the world should be reading right now.' IndependentWho would you be, if you hadn't turned out to be the person you are now? Dawn is a death doula, and spends her life helping people make the final transition peacefully. But when … END_OF_DOCUMENT_TOKEN_TO_BE_REPLACED