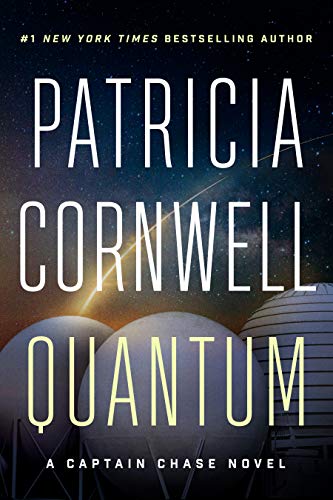 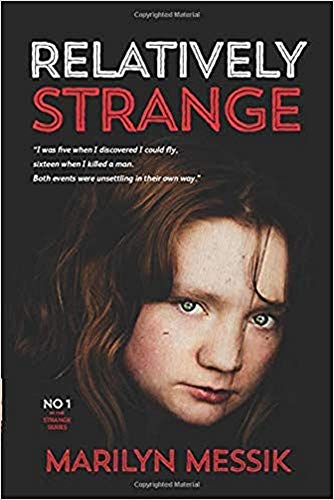 Sometimes the curtain between ordinary and extraordinary is the flimsiest of dividers! 1950s London, England. A baby girl was born – that was me, and my parents had no inkling I was different. Neither did I of course, and it was quite a while before it dawned on me that not everyone saw and heard as I did. My first … END_OF_DOCUMENT_TOKEN_TO_BE_REPLACED 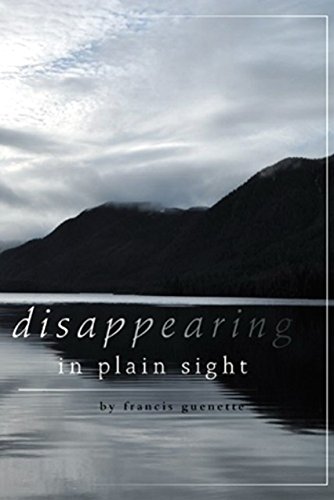 Sixteen-year-old Lisa-Marie has been packed off to spend the summer with her aunt on the isolated shores of Crater Lake. She is drawn to Izzy Montgomery, a gifted trauma counsellor who is struggling through personal and professional challenges. Lisa-Marie also befriends Liam Collins, a man who goes quietly about his life trying to deal with his own secrets and guilt. … END_OF_DOCUMENT_TOKEN_TO_BE_REPLACED 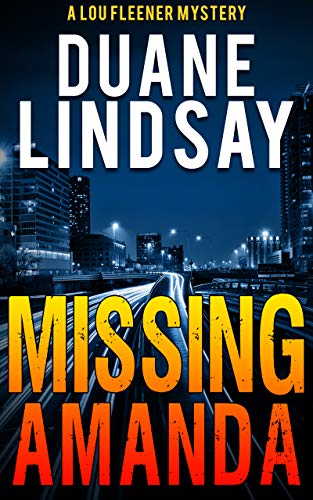 1950’S NOIR IS BACK— BUT WITH TONGUE FIRMLY IN CHEEK! P.I. Lou Fleener’s got a great disguise—he’s kind of short, slightly pudgy, and a little nondescript. But whatever you do, don’t get in a fight with him, even if you’ve brought a couple of buddies. Because you’re gonna lose every time. Some people just have a gift.One of Lou’s is … END_OF_DOCUMENT_TOKEN_TO_BE_REPLACED 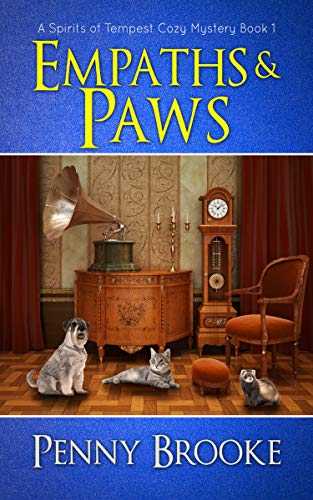 The seaside community of Tempest welcomes back one of its daughters as Fiona leaves city stress behind and moves into Mortimer House—the family Victorian she inherited.A sensitive, Fiona loves animals and soon finds herself adopted by a rambunctious mini schnauzer, Lizzie Borden, and an adorable kitten, Henrietta. Together with some old friends, Fiona converts the aged mansion into a boarding … END_OF_DOCUMENT_TOKEN_TO_BE_REPLACED 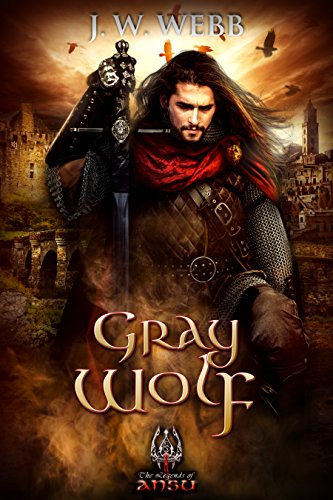 When he sees red, this berserker isn’t afraid of blood on his hands. Hopefully, none of it is his. Corin an Fol has no trouble channeling rage. So the moody teen angrily leaps into action to warn his people when a gang of murderous pirates launches an attack on their town. But when it’s too little too late, his veins … END_OF_DOCUMENT_TOKEN_TO_BE_REPLACED 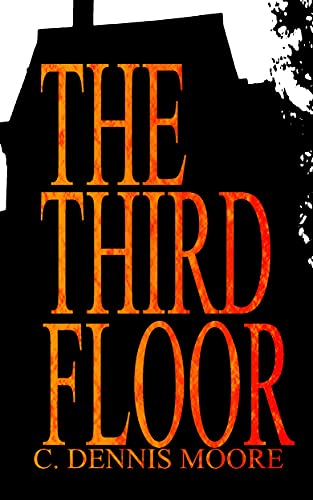 Hell House. The Amityville Horror. The Haunting of Hill House. Horror author C. Dennis Moore invites you to the newest haunted house on the block, a place so mean, even in a town where strange is the norm, the stories surrounding this house are legend. The problem is they’re all true.THEIR NEW HOME IS OUT TO GET THEM Welcome to … END_OF_DOCUMENT_TOKEN_TO_BE_REPLACED 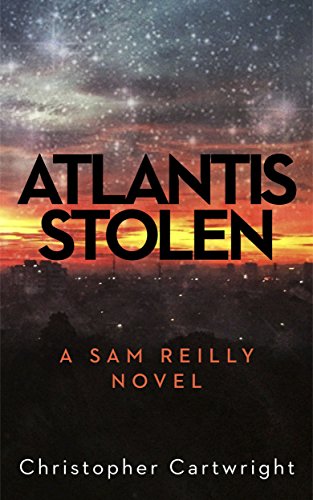 A civilization stolen from the history books. A billionaire’s obsession to unlock its secrets. A brotherhood determined to hide the truth. And time is running out.Only a handful of people know what destroyed the ancient Atlanteans, whose very existence is a secret that they will kill to protect. Unfortunately, the very same catastrophe that destroyed that once proud civilization is … END_OF_DOCUMENT_TOKEN_TO_BE_REPLACED 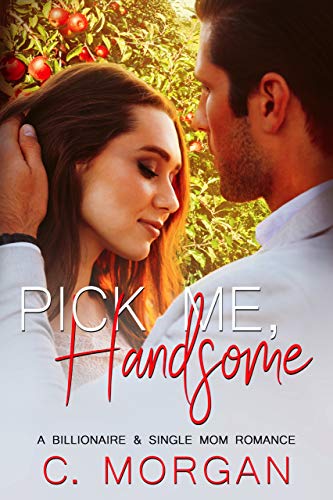 It’s all about the money. Maybe for some, but I’m not interested. I’d rather work with my hands than spend the billions my father left behind. The only thing that interests me is the apple orchard he left me. The old thing needs work, and I plan to make it beyond successful. What I didn’t expect to find between the … END_OF_DOCUMENT_TOKEN_TO_BE_REPLACED 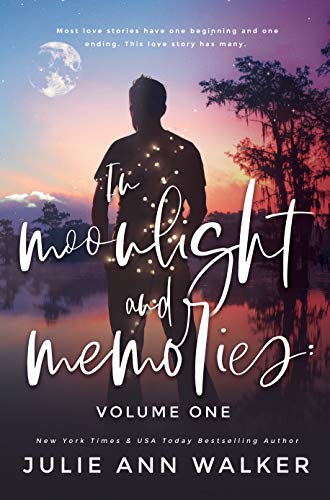 VOLUME ONEMOST LOVE STORIES HAVE ONE BEGINNING AND ONE ENDING. THIS LOVE STORY HAS MANY.From New York Times and USA Today bestselling author Julie Ann Walker comes an epic story about sacrifice, friendship, and the awe-inspiring power of love.Maggie: Ten years ago, Cash Armstrong stole my heart. Then he promptly joined the army—dragging my best friend with him—and left me … END_OF_DOCUMENT_TOKEN_TO_BE_REPLACED 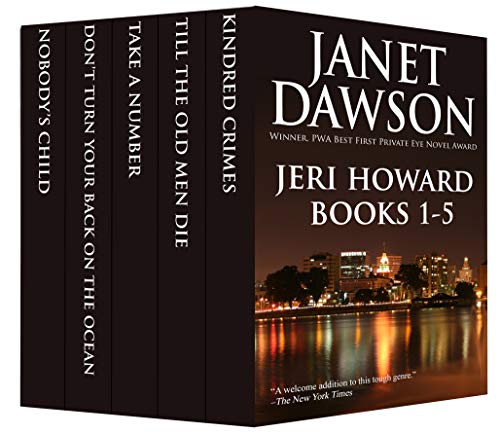 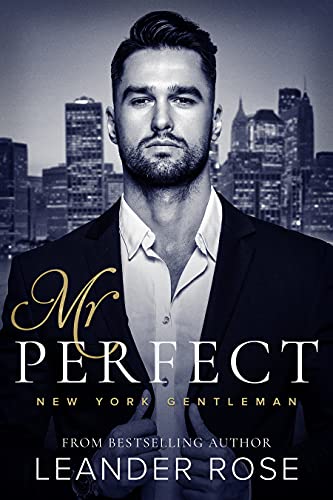 When beginning a new job, the most important rule is: Do not let your boss catch you whilst doing something forbidden.Businesswoman during the day and dancer at a bar during nighttime. When Charlotte moves to New York, she is determined to manage balancing an internship in a prestigious management consultancy and her job as a pole dancer. She needs the … END_OF_DOCUMENT_TOKEN_TO_BE_REPLACED 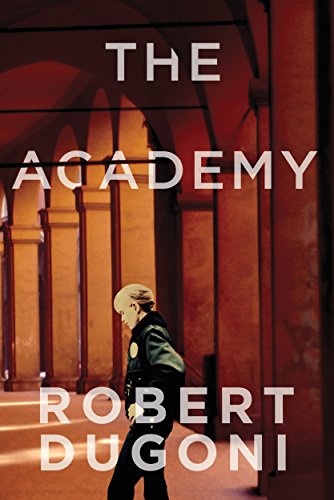 Quitting her job as a high school science teacher to join the Seattle Police Department was an easy decision for Tracy Crosswhite. Years earlier, what should have been one of the happiest days of her life instead became her worst nightmare when her younger sister, Sarah, disappeared. After the murder trial, while her family disintegrated, Tracy turned her heartbreak and … END_OF_DOCUMENT_TOKEN_TO_BE_REPLACED 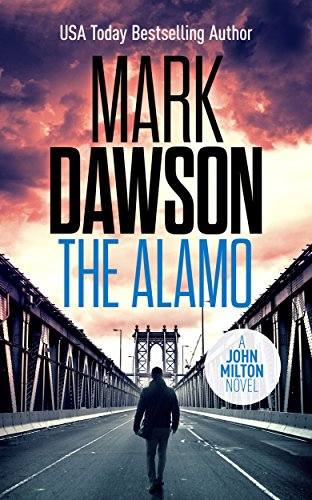 This standalone thriller is the perfect place to begin the million selling John Milton series.New York isn’t ready for Britain’s most dangerous ex-assassin…John Milton has finally found a place to escape the bloodshed: off-season Coney Island. No tourists. No special ops. Just peace and quiet. But when a local boy witnesses a grisly murder, Milton can’t resist investigating.Milton uncovers a … END_OF_DOCUMENT_TOKEN_TO_BE_REPLACED 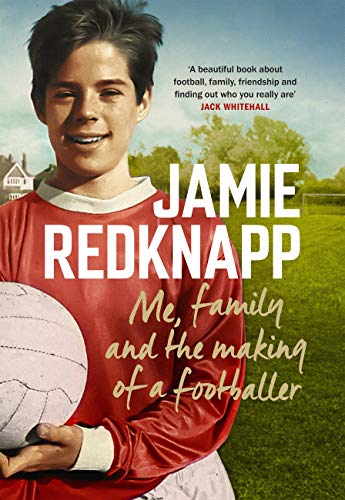 'a wonderful book … a great read' Daily Mail'a fascinating book … I really enjoyed it' Piers Morgan, Good Morning Britain'a heart-warming, funny and insightful read. Perfect for a rainy day by the fire.' FourFourTwo magazineOne of the Guardian's 'Biggest Books of Autumn 2020''A beautiful book about football, family, friendship and finding out who you really are.' JACK WHITEHALL'One of … END_OF_DOCUMENT_TOKEN_TO_BE_REPLACED 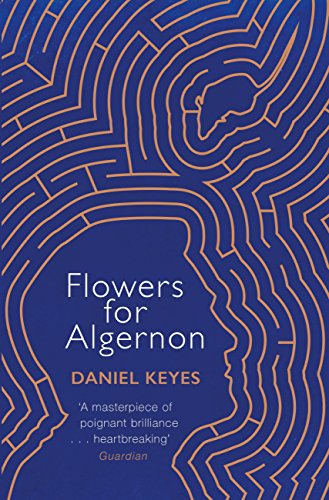 The classic novel about a daring experiment in human intelligenceCharlie Gordon, IQ 68, is a floor sweeper and the gentle butt of everyone's jokes – until an experiment in the enhancement of human intelligence turns him into a genius.But then Algernon, the mouse whose triumphal experimental transformation preceded his, fades and dies, and Charlie has to face the possibility that … END_OF_DOCUMENT_TOKEN_TO_BE_REPLACED 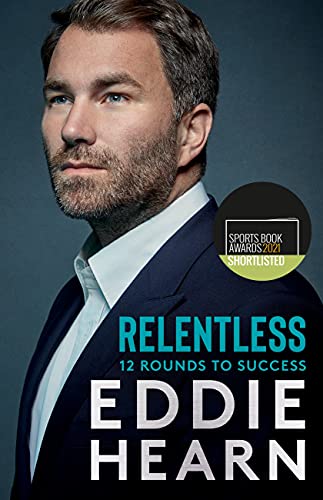 __________ SHORTLISTED FOR THE TELEGRAPH SPORTS BOOK AWARDS 2021 *The Sunday Times Number One Business Bestseller*Out now: the knockout book about success and mindset, by one of boxing's most respected and influential promoters.'[Relentless] fizzes with Hearn's work ethic' – Financial Times __________What does it take to succeed? What is the mindset required to be the best? How do you stay … END_OF_DOCUMENT_TOKEN_TO_BE_REPLACED 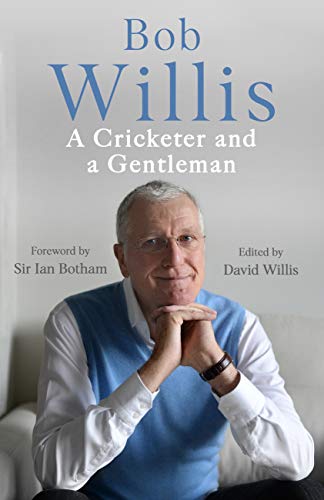 SHORTLISTED FOR THE TELEGRAPH SPORTS BOOK AWARDS CRICKET BOOK OF THE YEAR 2021 'Verdict on Willis book: a treat' – Express'The book is a gem' – Mike Atherton 'It's a lovely book, containing previously unseen musings from the great man' – David Lloyd'enjoyable and eye-opening… a delight to read' – The Telegraph 'A warm, polished recollection.' – The Guardian'It's such … END_OF_DOCUMENT_TOKEN_TO_BE_REPLACED 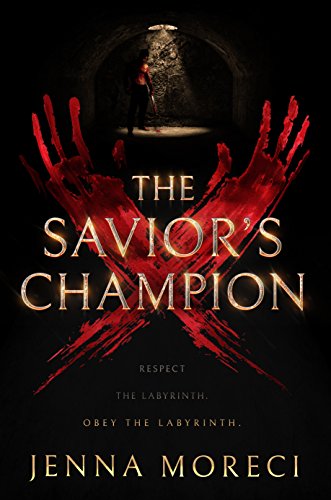 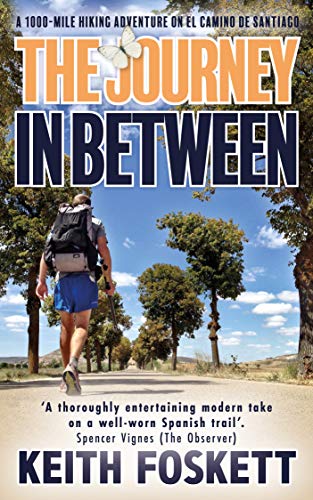 A man at a crossroads. A thousand-mile hike. A life forever changed. Keith Foskett was the definition of restless. Drifting aimlessly, he knew a piece was missing from his life. But when a stranger in a Greek bar tells him about a world-famous pilgrim’s trail, the chance encounter sets Foskett’s life in a new 1,000-mile direction.On El Camino de Santiago, … END_OF_DOCUMENT_TOKEN_TO_BE_REPLACED 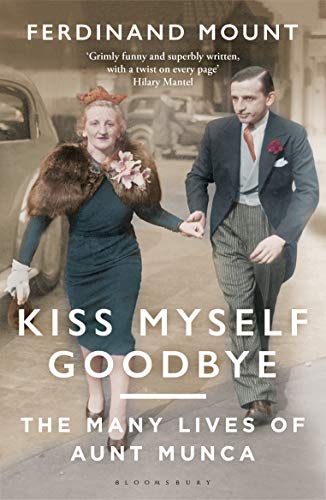 'Grimly funny and superbly written, with a twist on every page' – Hilary Mantel'Delightfully compulsive and unforgettably original' – Hadley FreemanShortlisted for the Duff Cooper Prize 2021Aunt Munca never told the truth about anything. Calling herself after the mouse in a Beatrix Potter story, she was already a figure of mystery during the childhood of her nephew Ferdinand Mount. Half … END_OF_DOCUMENT_TOKEN_TO_BE_REPLACED 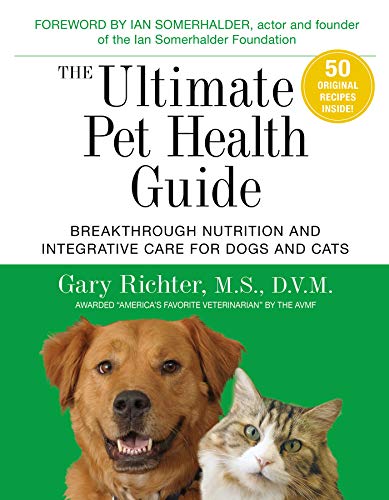 As a holistic veterinarian and scientist, Dr. Gary Richter helps dog and cat owners to navigate the thicket of treatment options and separate the fact from the fiction. He wants us to use what actually works, not just what Western science or alternative medicine say "should" work. This multifaceted approach to health is known as integrative medicine. Dr. Richter examines … END_OF_DOCUMENT_TOKEN_TO_BE_REPLACED 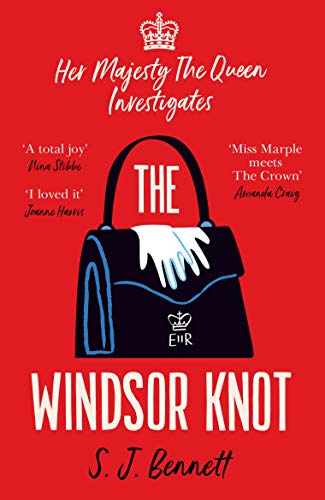 For fans of The Crown and The Thursday Murder Club by Richard Osman. On a perfect Spring morning at Windsor Castle, Queen Elizabeth II will enjoy a cup of tea, carry out all her royal duties . . . and solve a murder.'Like an episode of The Crown – but with a spicy dish of murder on the side' (DAILY … END_OF_DOCUMENT_TOKEN_TO_BE_REPLACED 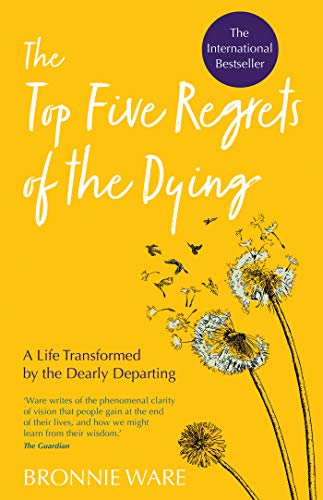 Revised edition of the best-selling memoir that has been read by over a million people worldwide with translations in 29 languages.After too many years of unfulfilling work, Bronnie Ware began searching for a job with heart. Despite having no formal qualifications or previous experience in the field, she found herself working in palliative care. During the time she spent tending … END_OF_DOCUMENT_TOKEN_TO_BE_REPLACED 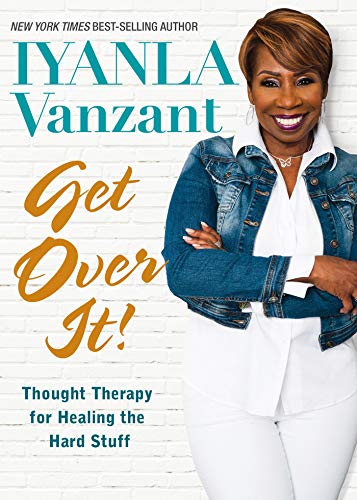 Get Over It! is a tool and a process that offers readers a path to dominion over their most powerful asset: their mind. In today’s turbulent climate, it can be challenging to stay on top of what is going on around us day-to-day, such as economic shifts, societal breakdowns, and lifestyle changes. We have become disconnected from our personal power, … END_OF_DOCUMENT_TOKEN_TO_BE_REPLACED 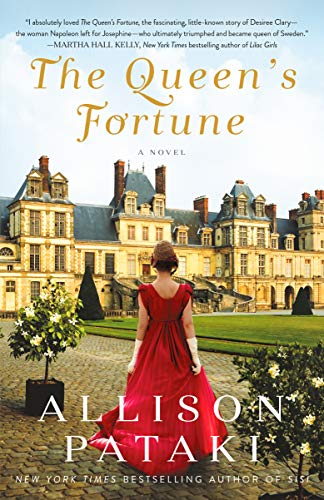 A sweeping novel about the extraordinary woman who captured Napoleon’s heart, created a dynasty, and changed the course of history—from the New York Times bestselling author of The Traitor's Wife, The Accidental Empress, and Sisi“I absolutely loved The Queen’s Fortune, the fascinating, little-known story of Desiree Clary—the woman Napoleon left for Josephine—who ultimately triumphed and became queen of Sweden.”—Martha Hall … END_OF_DOCUMENT_TOKEN_TO_BE_REPLACED

£1.99   £7.99
Get Deal Get Deal
Remove filters
eBook Deals are valid for only A FEW DAYS!
Sign up now to don't miss book deals anymore