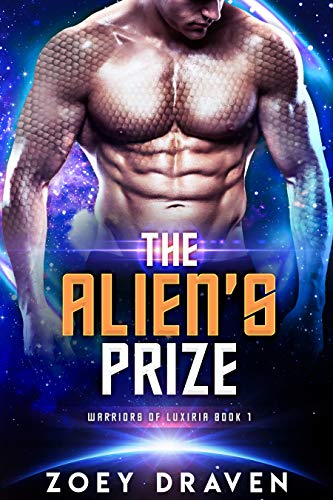 Welcome to Luxiria, where the twin suns are hot and the alien warriors are hotter… Kate Harper finally had everything going on back on Earth: her dream job, a kickass best friend, and an apartment completely void of her cheating ex. That is, until she wakes up, cuffed and naked, on an alien planet/fight club known as the Pit. Worse? … END_OF_DOCUMENT_TOKEN_TO_BE_REPLACED 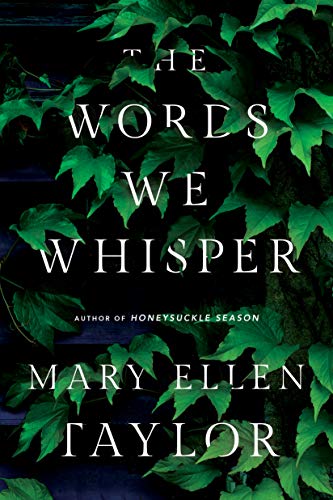 The Words We Whisper

From the bestselling author of Honeysuckle Season comes a sweeping saga that interweaves the past and present in an epic tapestry of love, war, and loss. As a hospice nurse, Zara Mitchell has already seen more death than most people will experience in a lifetime. So when her older sister asks her to help care for their ailing grandmother, Zara … END_OF_DOCUMENT_TOKEN_TO_BE_REPLACED 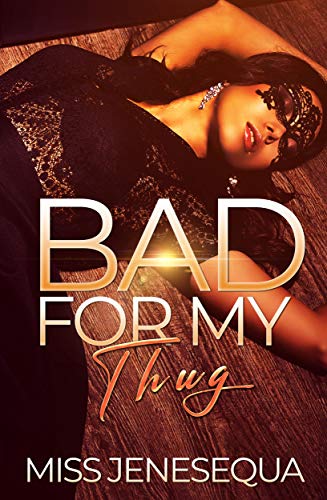 Bad For My Thug

Being bad for a thug never felt so damn good… Anika Scott only wants love and a man who appreciates her, but she’s in a relationship with a married man who also happens to be her boss. But one day, she meets the infamous street king, Blaze. His rough exterior and thuggish swag attracts her immediately because he is so … END_OF_DOCUMENT_TOKEN_TO_BE_REPLACED 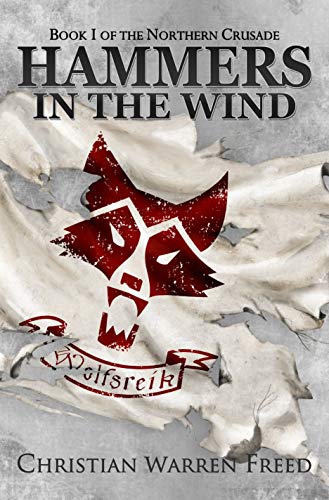 Hammers in the Wind: The Northern Crusade

THIS IS NOT YOUR FATHER’S TOLKIEN! THE END HAS COME. The wolves are returning to war.  With Hammers in the Wind, veteran turned author Christian Warren Freed brings his epic 9 book series of the battle between good and evil for control of the world of Malweir to its stunning conclusion. In keeping with the finest military fantasy, the Northern … END_OF_DOCUMENT_TOKEN_TO_BE_REPLACED 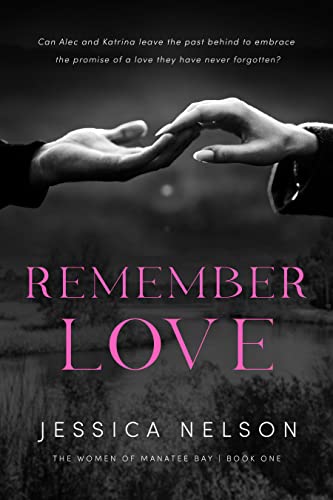 Ten years ago, timid Katrina Ross left her hometown’s temperamental bad boy at the altar. After years away, Alec Munroe has returned, a successful businessman who is snooping around her bookstore with an avaricious gleam in his eye. She’d like to tell him to leave, despite still being in love with him, but the secret she’s kept all these years … END_OF_DOCUMENT_TOKEN_TO_BE_REPLACED 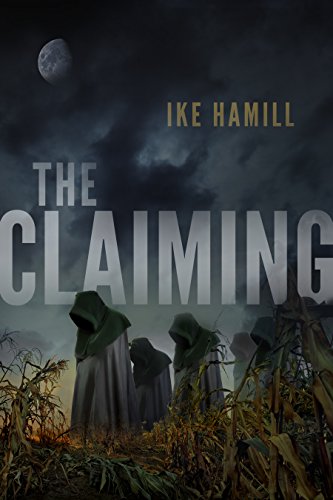 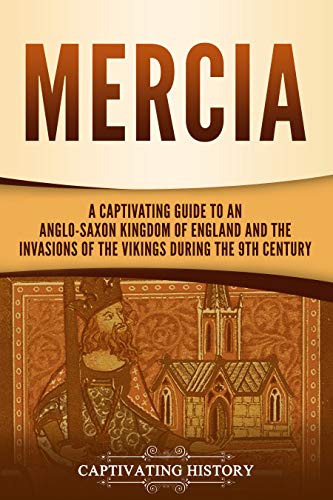 Mercia: A Captivating Guide to an Anglo-Saxon Kingdom of England and the Invasions of the Vikings during the 9th Century (Exploring England’s Past)

If you want to discover the captivating history of Mercia, then keep reading… The Kingdom of Mercia lasted for more than five hundred years. Such a long period of time brought change to all aspects of Mercian life, and it is the role of history and this book to follow that change through the centuries. But it wasn’t just the … END_OF_DOCUMENT_TOKEN_TO_BE_REPLACED 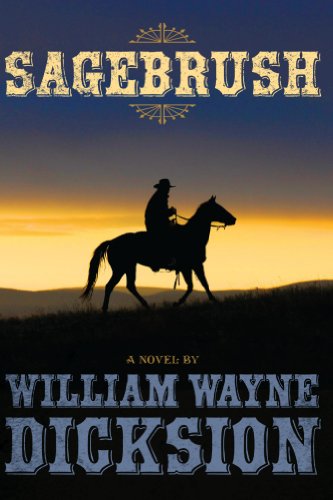 Still half asleep, Michael looked up at his parents sitting on the buckboard of their covered wagon and saw an arrow penetrate his father’s chest. Then he saw his mother being dragged from the wagon by two Indians. She was fighting them with all her might. He watched as one of the Indians hit her with his stone ax. His … END_OF_DOCUMENT_TOKEN_TO_BE_REPLACED 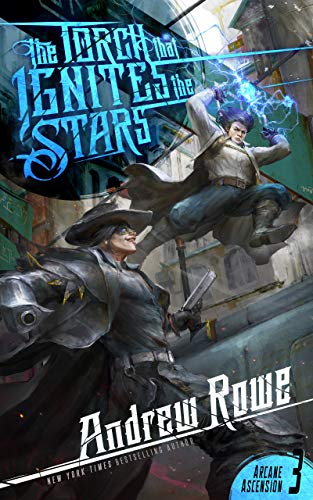 The Torch that Ignites the Stars (Arcane Ascension Book 3)

After concluding their first year at Lorian Heights, Corin and his friends catch a train from their native Valia to the distant country of Caelford. For most, this would be a simple vacation. Corin has other plans. -Meet Anabelle Farren, the eccentric owner of Farren Labs, and learn about artificial attunements. -Seek out Warren Constantine, a previous Arbiter, for training … END_OF_DOCUMENT_TOKEN_TO_BE_REPLACED 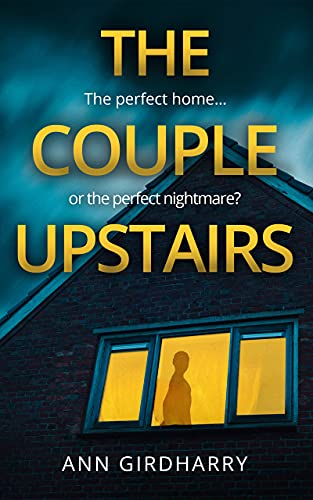 The perfect home…. or the perfect nightmare? The Couple Ellie Mitchell is a successful writer and her husband, Rob, is a cardiac surgeon. They met after a whirlwind romance and everyone sees them as the ideal couple-happy, successful and in love. The Lodger Sabrina is mother to a five-year-old daughter. A single mum who’s going through a messy divorce, Sabrina … END_OF_DOCUMENT_TOKEN_TO_BE_REPLACED 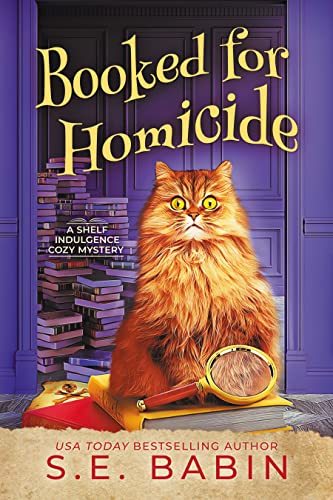 When a rare book order leads me right to a homicide, somehow I’m the one investigating… I’m Dakota Adair, owner of Tattered Pages, a bookstore specializing in cool and quirky books. I inherited a grumpy Persian cat named Poppy who loves to make her displeasure known around the store … loudly. Things are good until I deliver a special order … END_OF_DOCUMENT_TOKEN_TO_BE_REPLACED 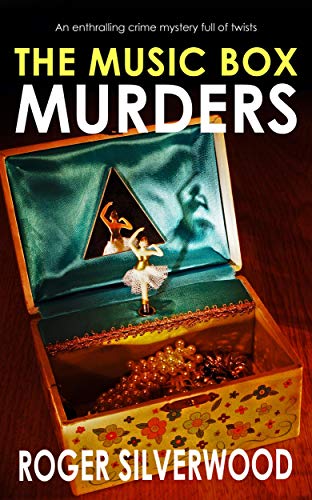 A DETECTIVE WHO’S NO ANGEL DESPITE HIS NAME. Discover a gripping series of murder mysteries set in south Yorkshire. MEET DETECTIVE INSPECTOR MICHAEL ANGEL. AN OLD-SCHOOL POLICEMAN WHO SOMETIMES RUBS HIS COLLEAGUES UP THE WRONG WAY. HE’S GOT HIS FLAWS, BUT HE NEVER GIVES UP ON A CASE. Please note this was first published as The Snakes and Ladders Murders. … END_OF_DOCUMENT_TOKEN_TO_BE_REPLACED 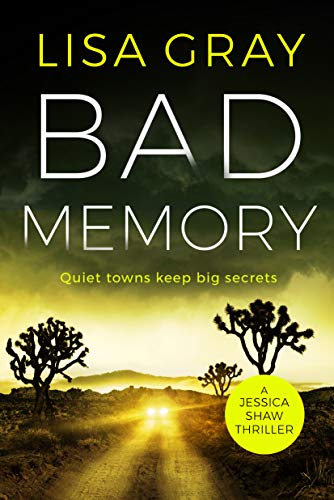 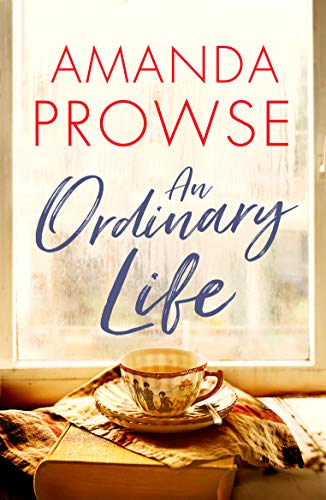 From the bestselling author of The Girl in the Corner comes a tale of love, loss—and one last extraordinary dance. Christmas Eve, 2019. Ninety-four-year-old Molly lies in her hospital bed. A stroke and a fall may have broken her body—but her mind is alive with memories. London, 1940s. Molly is a bright young woman, determined to help the war effort … END_OF_DOCUMENT_TOKEN_TO_BE_REPLACED 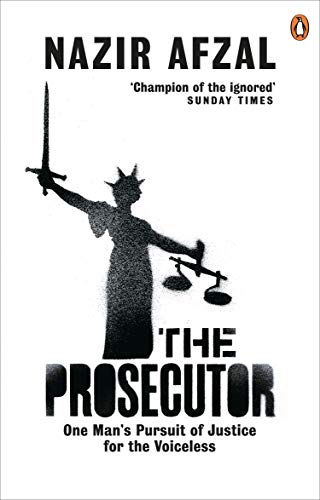 The outsider who transformed our justice system Nazir Afzal knows a thing or two about justice. As a Chief Prosecutor, it was his job to make sure the most complex, violent and harrowing crimes made it to court, and that their perpetrators were convicted. From the Rochdale sex ring to the earliest prosecutions for honour killing and modern slavery, Nazir … END_OF_DOCUMENT_TOKEN_TO_BE_REPLACED 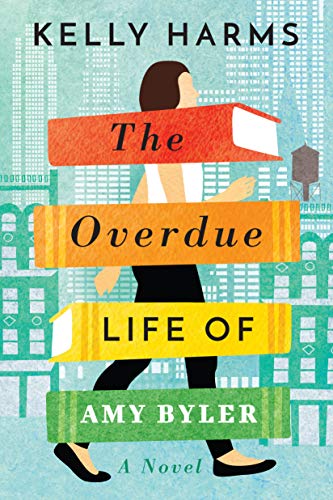 The Overdue Life of Amy Byler

An Amazon Charts and Washington Post bestseller, and a Goodreads Choice Award finalist. “A laugh-out-loud funny, pitch-perfect novel that will have readers rooting for this unlikely, relatable, and totally lovable heroine, The Overdue Life of Amy Byler is the ultimate escape—and will leave moms everywhere questioning whether it isn’t time for a #momspringa of their own.” —New York Journal of … END_OF_DOCUMENT_TOKEN_TO_BE_REPLACED 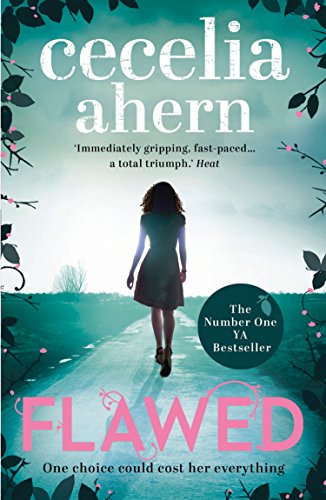 The stunning YA debut from internationally bestselling author Cecelia Ahern. Celestine North lives a perfect life. She’s a model daughter and sister, she’s well-liked by her classmates and teachers, and she’s dating the impossibly charming Art Crevan. But then Celestine encounters a situation in which she makes an instinctive decision. She breaks a rule and now faces life-changing repercussions. She … END_OF_DOCUMENT_TOKEN_TO_BE_REPLACED 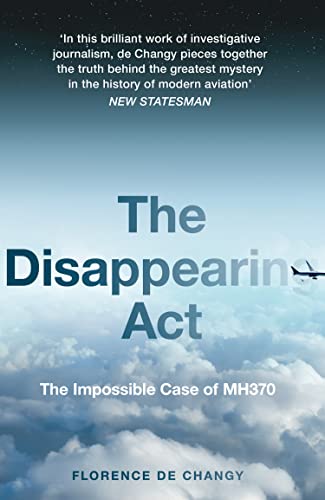 The Disappearing Act: The Impossible Case of MH370

‘People often say that non-fiction books read like fast-moving thrillers, but this one genuinely does… This is a splendid book – and highly recommended.’ Daily Mail    A remarkable piece of investigative journalism into one of the most pervasive and troubling mysteries of recent memory. 01:20am, 8 March 2014. Malaysia Airlines Flight 370, carrying 239 passengers, disappeared into the night, … END_OF_DOCUMENT_TOKEN_TO_BE_REPLACED 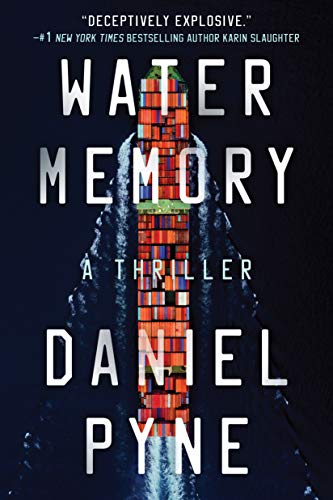 A fast-paced, page-turning thriller that contemplates the consequences of motherhood, memory, and crime as a commodity. Black ops specialist Aubrey Sentro may be one concussion away from death. But when pirates seize the cargo ship she’s on, she must decide whether to risk her life to save her fellow passengers. Sentro’s training takes over, and she’s able to elude her … END_OF_DOCUMENT_TOKEN_TO_BE_REPLACED 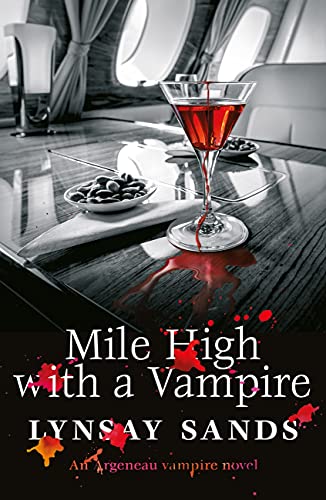 Jet Lassiter likes being a pilot for Argeneau Inc. Perks include travelling to exotic locations and meeting interesting people, even if they are the blood-sucking kind. He’s living the good life, until his plane goes down in the mountains and four of his passengers are gravely injured. They need blood to heal . . . and Jet is the only … END_OF_DOCUMENT_TOKEN_TO_BE_REPLACED 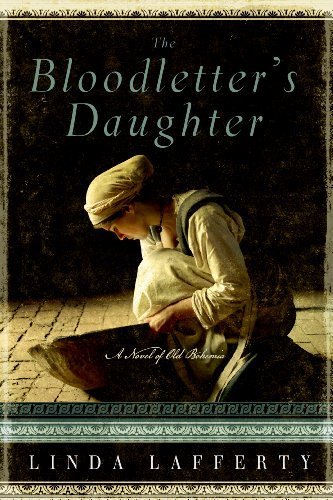 The Bloodletter’s Daughter: A Novel of Old Bohemia

Within the glittering Hapsburg court in Prague lurks a darkness of which no one dares speak… In 1606, the city of Prague shines as a golden mecca of art and culture carefully cultivated by Emperor Rudolf II. But the emperor hides an ugly secret: His bastard son, Don Julius, is afflicted with a madness that pushes the young prince to … END_OF_DOCUMENT_TOKEN_TO_BE_REPLACED 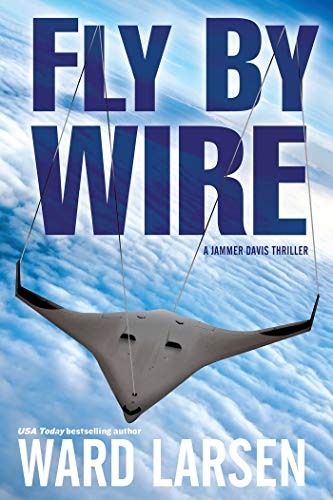 USA Today best-selling author Winner of the Benjamin Franklin Award Silver Medal The C-500 with its revolutionary fly-by-wire technology, had become the freight airframe of choice—until a routine delivery goes horribly wrong Falling like a stone from six miles up, a brand-new C-500 crashes in central France, killing two pilots aboard. With over one hundred C-500s in service around the … END_OF_DOCUMENT_TOKEN_TO_BE_REPLACED 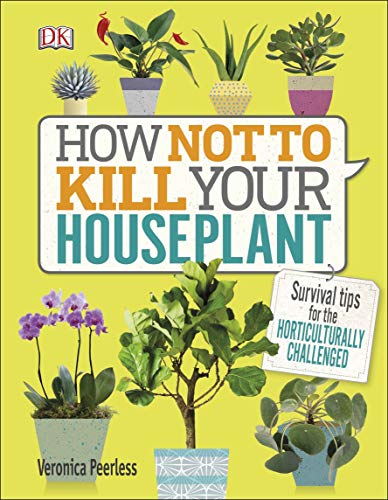 How Not to Kill Your Houseplant: Survival Tips for the Horticulturally Challenged

You had one job: watering your new plant. But it’s been a week and it’s already dying. Fear not! This helpful guide is here to show you how to rescue your plants. Follow the survival tips outlined in this book and you’ll be on your way to having your home brimming with green life. It’s absolutely possible not to assassinate … END_OF_DOCUMENT_TOKEN_TO_BE_REPLACED 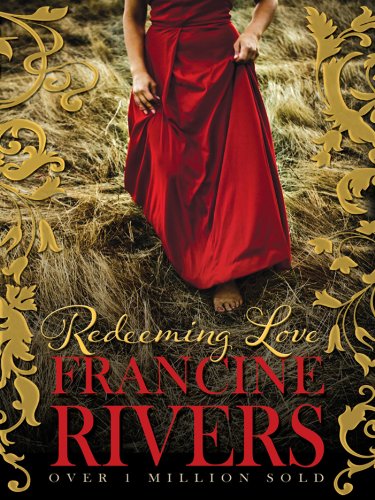 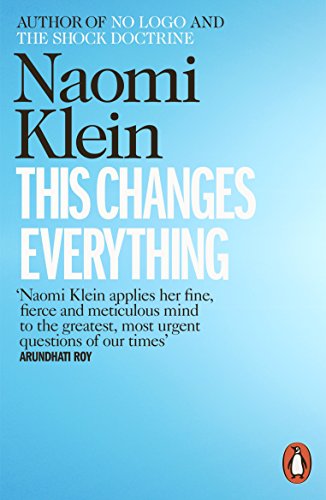 This Changes Everything: Capitalism vs. the Climate

From Naomi Klein, author of the #1 international bestsellers, The Shock Doctrine and No Logo, a must-read on how the climate crisis needs to spur transformational political change We seem to have given up on any serious effort to prevent catastrophic climate change. Despite mounting scientific evidence, denialism is surging in many wealthy countries, and extreme fossil-fuel extraction gathers pace. … END_OF_DOCUMENT_TOKEN_TO_BE_REPLACED 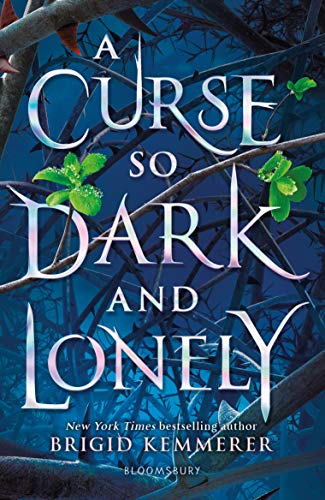 A Curse So Dark and Lonely: Brigid Kemmerer (The Cursebreaker Series) 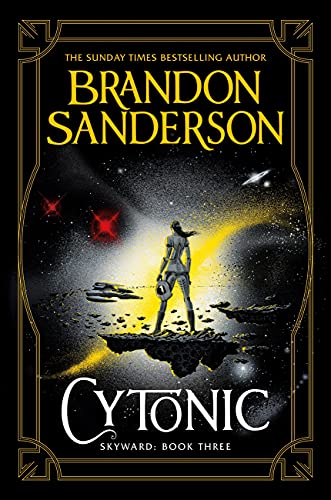 Spensa’s life as a Defiant Defense Force pilot has been far from ordinary. She proved herself one of the best starfighters in the human enclave of Detritus and she saved her people from extermination at the hands of the Krell – the enigmatic alien species that has been holding them captive for decades. What’s more, she travelled light-years from home … END_OF_DOCUMENT_TOKEN_TO_BE_REPLACED 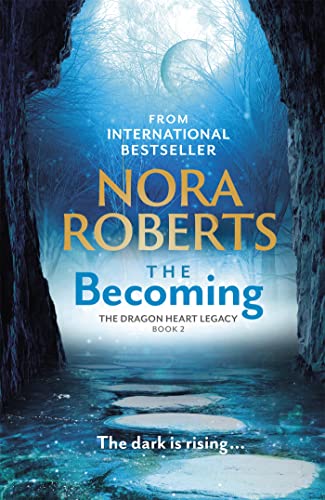 Sunday Times bestseller Nora Roberts – Book Two in the Dragon Heart Legacy – a tale of adventure, magic and finding your home They waited, knowing the god threatened all worlds. He would again seek the blood of his blood, and the wheel would turn so the time would come when the Talamhish could no longer stop him. She, the … END_OF_DOCUMENT_TOKEN_TO_BE_REPLACED 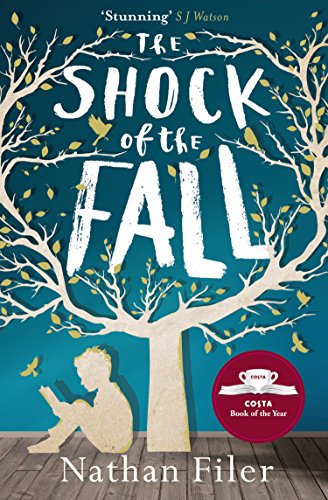 The Shock of the Fall: WINNER OF THE COSTA BOOK OF THE YEAR 2013 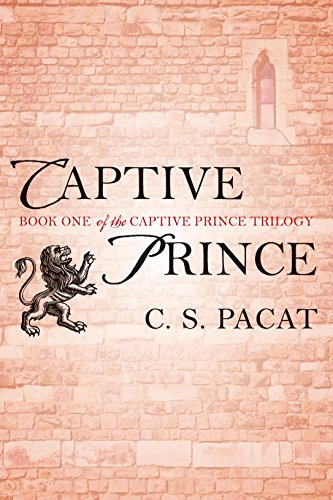 From global phenomenon C. S. Pacat comes the first novel in her critically acclaimed Captive Prince trilogy. Damen is a warrior hero to his people, and the rightful heir to the throne of Akielos, but when his half brother seizes power, Damen is captured, stripped of his identity, and sent to serve the prince of an enemy nation as a … END_OF_DOCUMENT_TOKEN_TO_BE_REPLACED