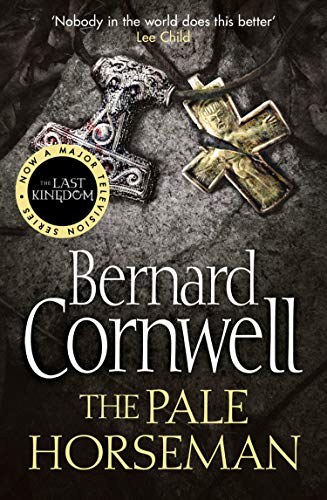 BBC2’s major TV series THE LAST KINGDOM is based on Bernard Cornwell’s bestselling novels on the making of England and the fate of his great hero, Uhtred of Bebbanburg. THE PALE HORSEMAN is the second book in the series. Season 2 of the epic TV series premiers this March. When peace is torn apart by bloody Danish steel, Uhtred must … END_OF_DOCUMENT_TOKEN_TO_BE_REPLACED 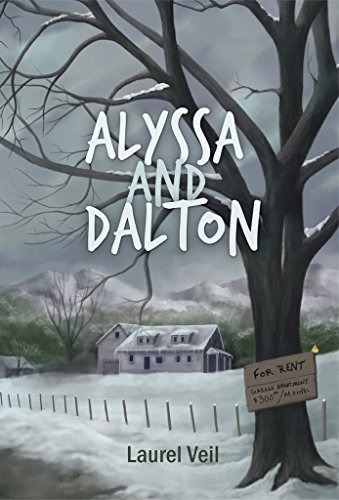 When her sister runs away after the unexpected death of their father, Alyssa is left alone to tend to their ailing mother. Things start to look a little more hopeful for Alyssa when she meets Dalton. His past is as painful as hers, but together they begin to find healing. Alyssa is stronger than she ever imagined, but she will … END_OF_DOCUMENT_TOKEN_TO_BE_REPLACED 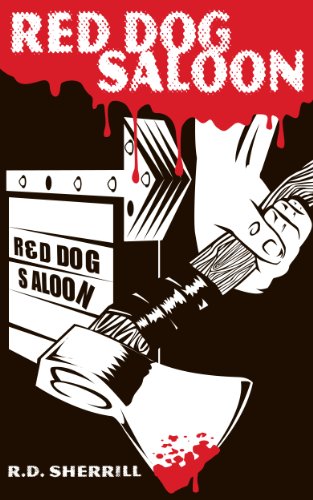 They thought they’d gotten away with their heinous crime, that their sins had been buried forever. Now, more than twenty years later, someone or something has come for vengeance for the deeds they committed at the old country tavern in the foolishness of their youth. The words Red Dog Saloon are written in their own blood at the scenes of … END_OF_DOCUMENT_TOKEN_TO_BE_REPLACED 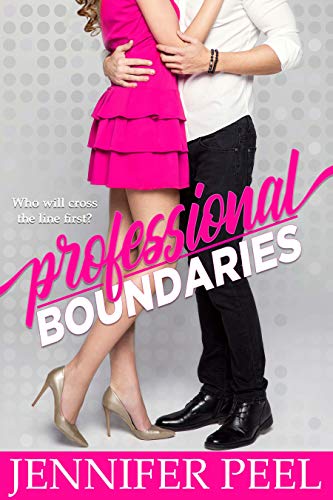 ***2015 Swoony Award Winner for Best Contemporary Romance*** In the ultimate game of tug of war, who will cross the line first? Kelli Bryant is all set to be the new Marketing Director of Chandler Media. After all, she has the right credentials and her colleagues love her. But her plans are derailed when her promotion is given to someone … END_OF_DOCUMENT_TOKEN_TO_BE_REPLACED 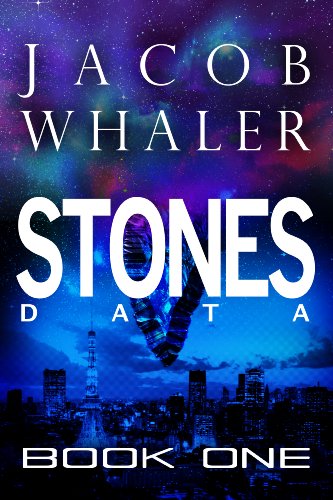 #1 Amazon Thriller! A New Take on Good versus Evil! A novel that will blow your mind and open your eyes! Alexander the Great. Genghis Kahn. Julius Caesar. Attila the Hun. Mao. Stalin. For thousands of years, the Stones have been hidden among us, giving a privileged few power to rule over masses, destroy empires and create new ones. It’s … END_OF_DOCUMENT_TOKEN_TO_BE_REPLACED 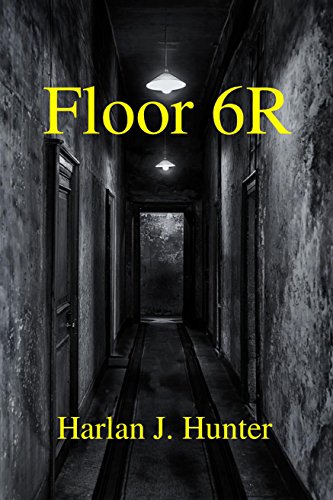 Life can be as slippery as brown motor oil on melting ice when making decisions that can change our lives forever. Do you remember any decisions like that? Perhaps it was the day you didn’t buckle your seat belt because you were just going down to the corner fast food restaurant. Maybe it was when you replied to a text … END_OF_DOCUMENT_TOKEN_TO_BE_REPLACED 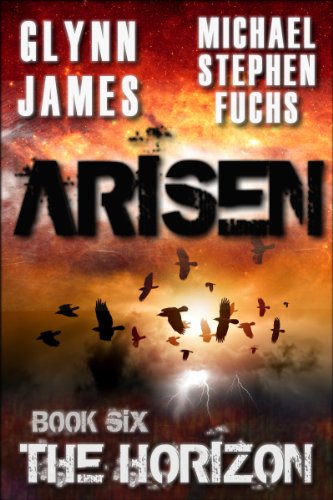 With over a half-million copies sold, the ARISEN series is said by readers to be: "astonishingly good" … "jaw dropping" … "edge of the seat, nail biting, page turning mayhem" … "terrifying, heroic, and tragic" … "Riveting. Absolutely riveting." … "relentless" … "I couldn't not give it 5 stars. It is simply OUTSTANDING." … "possibly a genre defining series" … "Watch out Walking … END_OF_DOCUMENT_TOKEN_TO_BE_REPLACED 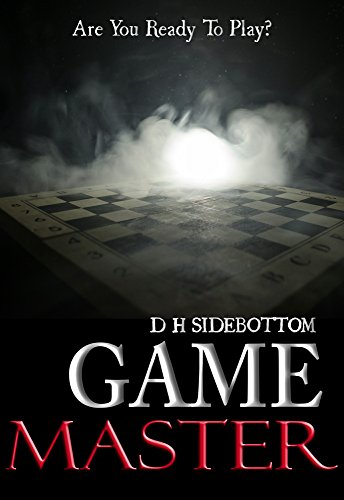 Dr Vanessa Griffiths wakes the morning after her thirty-first birthday in an old abandoned hospital with no memory of the previous night.However, she’s not alone.A man is tied to a chair with a bomb strapped to him. Her brother is bound to another chair with a timer above him. And the Game Master is about to push her to her … END_OF_DOCUMENT_TOKEN_TO_BE_REPLACED 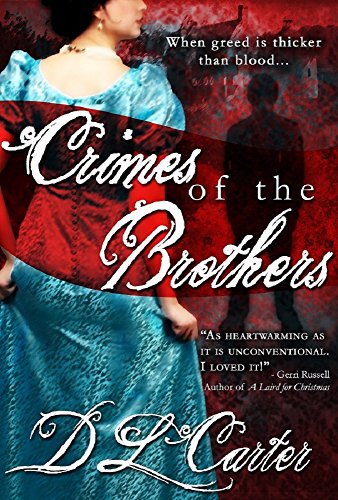 Brothers are supposed to be kind… caring… supportive… protective. Catherine Walman’s brother, however, is not. He has maligned her reputation until no honorable man will seek her company, wasted her dowry and endangered her home with his gambling and now his new wife has made it clear Catherine is no longer welcome. The hand of fortune intervenes when a letter … END_OF_DOCUMENT_TOKEN_TO_BE_REPLACED 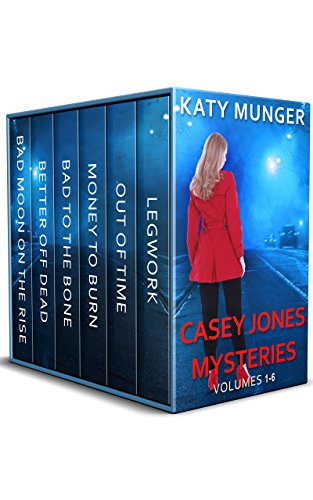 THESE SIX ACTION-PACKED CASEY JONES ADVENTURES MAY BREAK YOUR FUNNYBONE, BUT THEY WON’T BREAK YOUR WALLET!“Casey Jones joins the ranks of smart and gutsy heroines. The South will never be the same. Don’t miss her.”—Janet Evanovich “Fast-paced and action-packed…The charm here lies in Munger’s writing, which is silky-smooth and packs a wallop.” I Love a Mystery “She is smart, tough, … END_OF_DOCUMENT_TOKEN_TO_BE_REPLACED 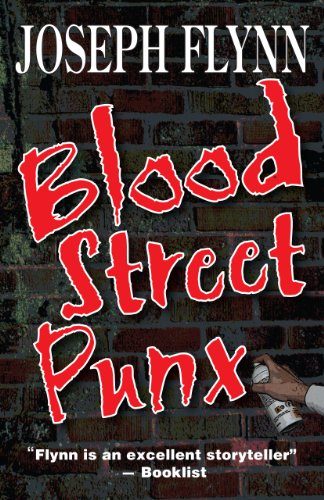 Five rich kids from Chicago’s Gold Coast get an idea to advance their careers as artists. They’ll create a fictitious street gang, the Blood Street Punx, and start painting murals all over town. Their paintings will knock people’s eyes out. The Blood Street Punx will be depicted as huge, fearsome, all but mythical figures. People will have to take notice. … END_OF_DOCUMENT_TOKEN_TO_BE_REPLACED 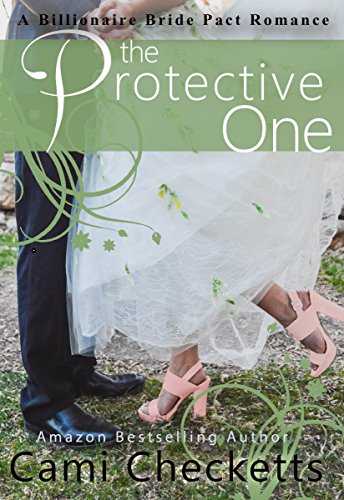 Sweet romance by bestselling inspirational author, Cami CheckettsBetrayed by an FBI agent while in protective custody, MacKenzie Gunthrie escapes a crime lord and is left hiding from the authorities and her enemies. She finds solace in the peaceful mountain town of Crested Butte, Colorado. With help from a longtime girl’s camp friend and a new identity, she’s starting to feel … END_OF_DOCUMENT_TOKEN_TO_BE_REPLACED 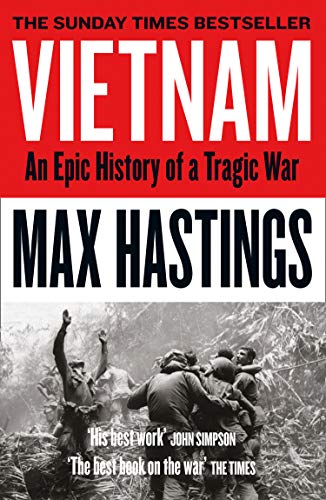 THE SUNDAY TIMES BESTSELLER‘His masterpiece’ Antony Beevor, Spectator‘A masterful performance’ Sunday Times‘By far the best book on the Vietnam War’ Gerald Degroot, The Times, Book of the Year Vietnam became the Western world’s most divisive modern conflict, precipitating a battlefield humiliation for France in 1954, then a vastly greater one for the United States in 1975. Max Hastings has spent … END_OF_DOCUMENT_TOKEN_TO_BE_REPLACED 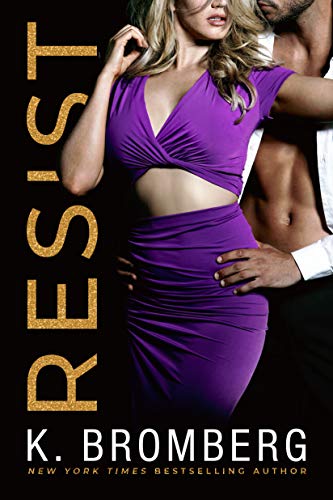 From the New York Times bestselling author of the Driven series comes a powerful romance about reaching great heights through low depths. Who says you have to play by the rules to get what you want? Agreeing to meet Ryker Lockhart is my first mistake. Rich, handsome, and more than intriguing, he thinks blackmail will bend me to his will. … END_OF_DOCUMENT_TOKEN_TO_BE_REPLACED 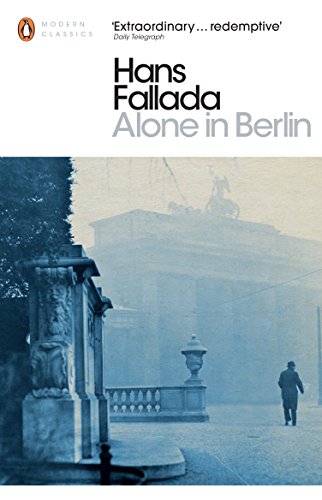 Inspired by a true story, Hans Fallada’s Alone in Berlin is the gripping tale of an ordinary man’s determination to defy the tyranny of Nazi rule. Berlin, 1940, and the city is filled with fear. At the house on 55 Jablonski Strasse, its various occupants try to live under Nazi rule in their different ways: the bullying Hitler loyalists the … END_OF_DOCUMENT_TOKEN_TO_BE_REPLACED 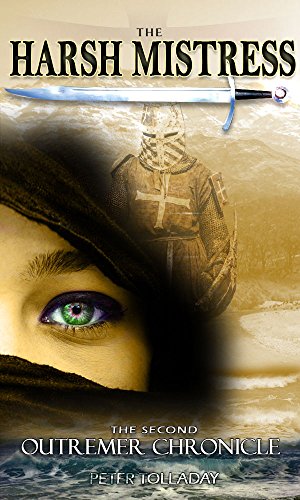 Outremer. It is this land of ours that is the harsh mistress. She has spawned saints and false prophets for centuries, and I have lost nearly all that I have loved in her service – Honfroy d’Toron. THE HARSH MISTRESS is the blazing sequel to THE TEMPLAR’S APPRENTICE. In the aftermath of the Battle of Marj Ayyun, the Kingdom of … END_OF_DOCUMENT_TOKEN_TO_BE_REPLACED 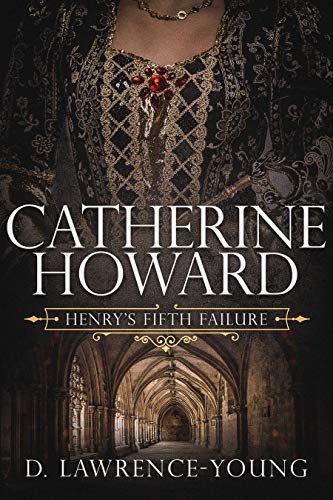 King Henry VIII has divorced his fourth wife, Anne of Cleves. Now he has set his sights on Catherine Howard. But unwittingly, this flirtatious “rose without a thorn” has become part of her aristocratic uncle’s plan to expand his influence at court. Catherine is all too aware of the affect she has on the lovesick king – and plays her … END_OF_DOCUMENT_TOKEN_TO_BE_REPLACED 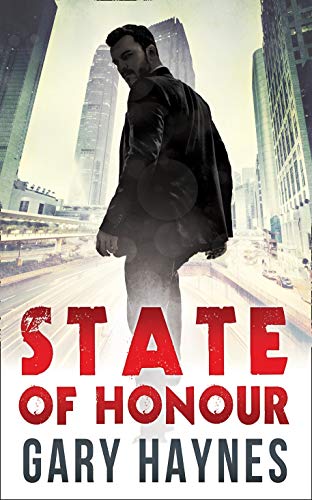 One man, one mission; prevent the outbreak of the next world war… Live reports of an explosive attack in Pakistan are flooding the world’s newsrooms. The US Secretary of State is missing – and with tensions on the international diplomatic scene at boiling point Special Agent Tom Dupree has only three days to track down her abductors. Linda Carlyle will … END_OF_DOCUMENT_TOKEN_TO_BE_REPLACED 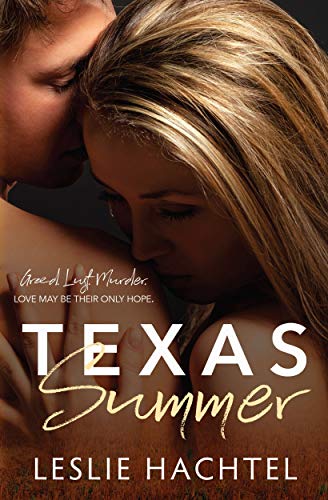 What if your car broke down on a deserted highway in the middle of Texas? Would you think it was fate and that it would change your life?When Wylie Nichols walked toward the nearest town, his future was forever altered. The problem when you’re a stranger in a small town is you never know what you might discover. In this … END_OF_DOCUMENT_TOKEN_TO_BE_REPLACED 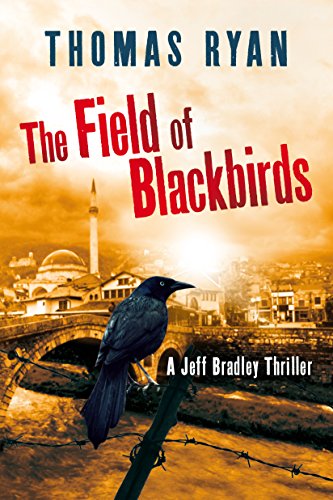 Former SAS soldier Jeff Bradley thought he had left warzones behind when he inherited a vineyard in rural New Zealand. But now his vineyard manager, Arben Shala, has gone missing in his native Kosovo. An enigmatic message tells Jeff that his friend is in grave danger. Determined to find Arben and bring him home, Jeff travels to Kosovo and finds … END_OF_DOCUMENT_TOKEN_TO_BE_REPLACED 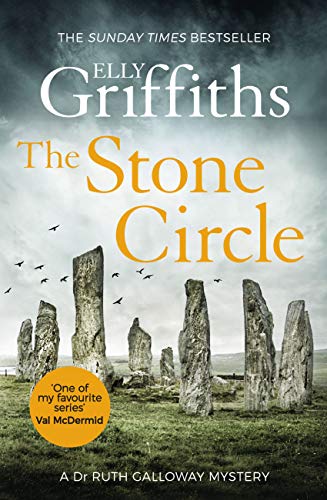 ‘My favourite series’ Val McDermid DCI Nelson has been receiving threatening letters telling him to ‘go to the stone circle and rescue the innocent who is buried there’. He is shaken, not only because children are very much on his mind, with Michelle’s baby due to be born, but because although the letters are anonymous, they are somehow familiar. They … END_OF_DOCUMENT_TOKEN_TO_BE_REPLACED 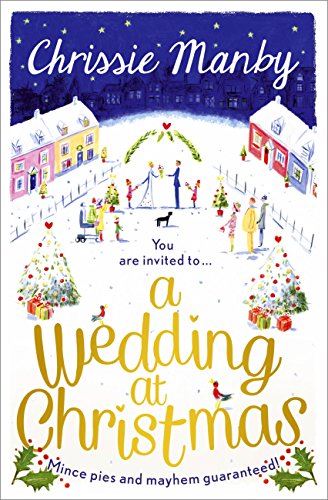 ~*~You are invited to the Wedding of Chelsea Benson and Adam Baxter~*~ Preparations for Chelsea and Adam’s nuptials are only just beginning when Chelsea’s grandad is taken seriously ill. Determined to have him at the big day, a new wedding date is set at once – for just twelve weeks’ time! Now, with the help of her family (including her … END_OF_DOCUMENT_TOKEN_TO_BE_REPLACED 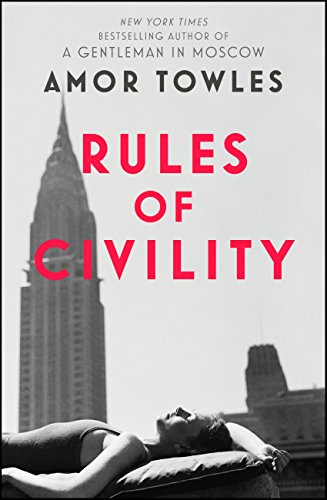 WHAT THEY SAID about RULES OF CIVILITY: ‘Everything about this novel, set in 1930s New York, is achingly stylish – from the author’s name to the slinky jacket design. Katey Kontent, daughter of Russian immigrants, and Evie Ross, from the sleepy midwest, are an ambitious, wisecracking pair who, despite lack of money and connections, aim to set the city alight. … END_OF_DOCUMENT_TOKEN_TO_BE_REPLACED 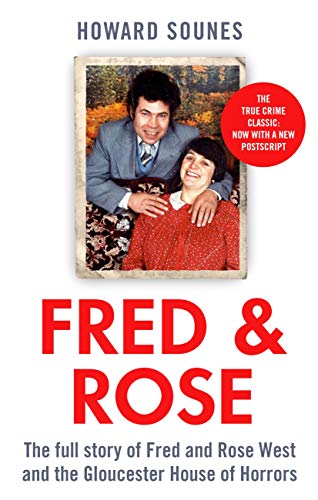 AS FEATURED ON THE NEW PODCAST ‘UNHEARD: THE FRED & ROSE TAPES’ FRED & ROSE IS THE DEFINITIVE ACCOUNT OF THIS INFAMOUS CASE – NOW UPDATED WITH A POSTSCRIPT FROM THE AUTHOR Fred and Rose West are virtually unique in British criminal history: a husband and wife who loved and killed together. During their long relationship, the Wests murdered a … END_OF_DOCUMENT_TOKEN_TO_BE_REPLACED 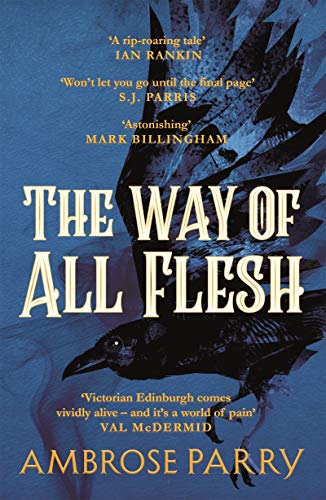 LONGLISTED FOR THEAKSTON OLD PECULIER CRIME NOVEL OF THE YEAR Edinburgh, 1847. Will Raven is a medical student, apprenticing for the brilliant and renowned Dr Simpson. Sarah Fisher is Simpson’s housemaid, and has all of Raven’s intelligence but none of his privileges. As bodies begin to appear across the Old Town, Raven and Sarah find themselves propelled headlong into the … END_OF_DOCUMENT_TOKEN_TO_BE_REPLACED 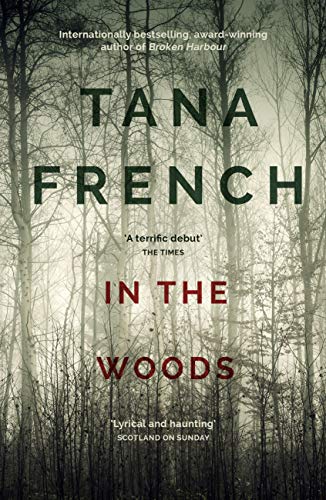 When he was twelve years old, Adam Ryan went playing in the woods with his two best friends. He never saw them again. Their bodies were never found, and Adam himself was discovered with his back pressed against an oak tree and his shoes filled with blood. He had no memory of what had happened. Twenty years on, Rob Ryan … END_OF_DOCUMENT_TOKEN_TO_BE_REPLACED 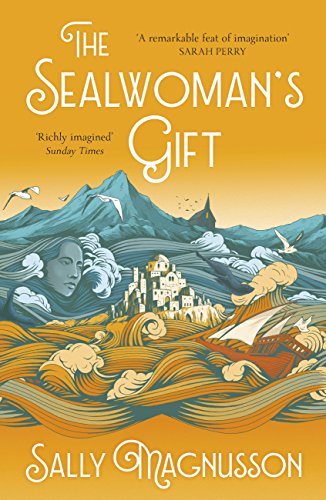 ‘A remarkable feat of imagination … I enjoyed and admired it in equal measure’ Sarah Perry, author of The Essex Serpent 1627. In a notorious historical event, pirates raided the coast of Iceland and abducted 400 people into slavery in Algiers. Among them a pastor, his wife, and their children. In her acclaimed debut novel Sally Magnusson imagines what history … END_OF_DOCUMENT_TOKEN_TO_BE_REPLACED