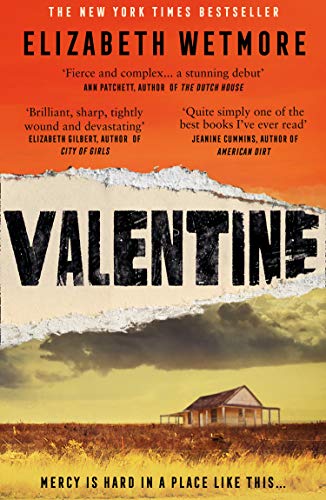 A top ten New York Times bestseller. With the haunting emotional power of American Dirt and the atmospheric suspense of Where the Crawdads Sing: a compulsive debut novel that explores the aftershock of a brutal crime on the women of a small Texas oil town. ‘The very definition of a stunning debut’ Ann Patchett ‘Brilliant, sharp, tightly wound, and devastating’ … END_OF_DOCUMENT_TOKEN_TO_BE_REPLACED 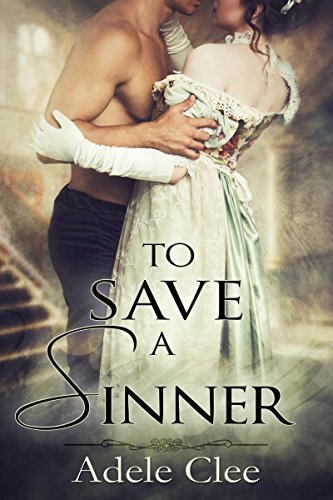 HE EXPECTED TO BE THE TOPIC OF SCANDALOUS GOSSIP. Banished to Boston for causing the death of Lord Banbury, Lucas Dempsey vowed never to set foot on English soil again. But when his brother inherits the viscountcy and pleads for his return, the opportunity to show his contempt and loathing for the Society who turned its back on him proves … END_OF_DOCUMENT_TOKEN_TO_BE_REPLACED 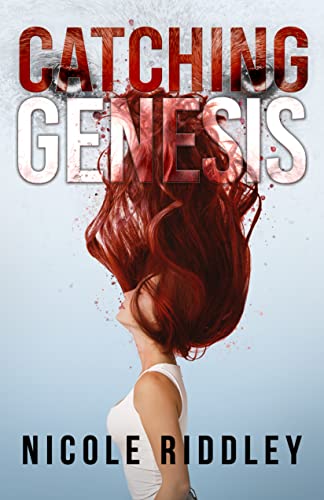 How do I reject thee? Let me count the ways . . . Rejected and broken-hearted, Genesis Fairchild turns to her best friends and comes up with a plan to give Logan, the school’s major player and future alpha, a taste of his own medicine. One Operation Payback later, a silver-gray-eyed lycan joins in the picture and, like a moth … END_OF_DOCUMENT_TOKEN_TO_BE_REPLACED 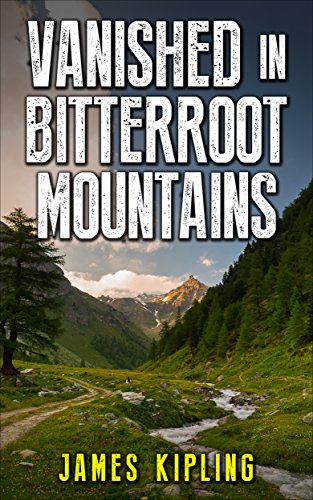 Two FBI Agents missing in action. A relentless investigator driven by a sense of justice. Can Agent Karen Clark unravel the mystery? This is a murder mystery that grows into a much larger tale of intrigue and suspense. The story takes place in North-western Montana, Big Sky country. This part of America is renowned for its wide-open spaces and modest … END_OF_DOCUMENT_TOKEN_TO_BE_REPLACED 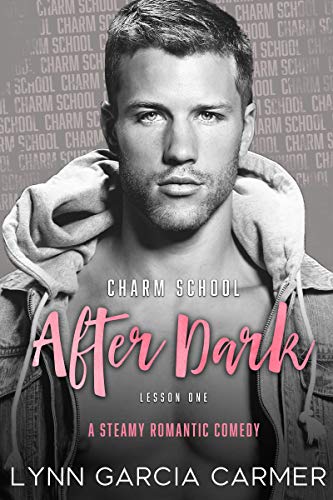 USA Today bestselling author Lynn Garcia Carmer delivers a super-steamy, enemies-to-lovers, rom-com between a feisty fashionista and her hunky firefighter. “I know that wicked smile—and the stupid face surrounding it.” When fashionista Caelen Calvo and her sisters inherit a bankrupt charm school, they have no idea how to keep the place from foreclosing. Who goes to charm school anymore? Solution … END_OF_DOCUMENT_TOKEN_TO_BE_REPLACED 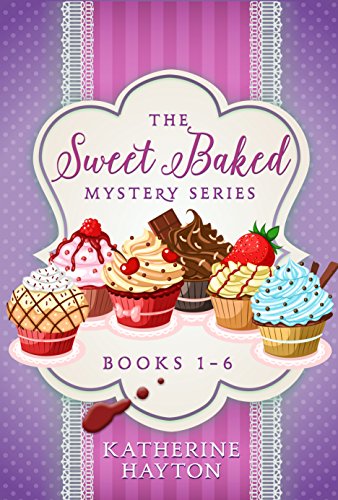 Welcome to Hanmer Springs. Small Town. Big Secrets. With a divorce pending and her career hanging in the balance, Holly Waterston returns to her hometown of Hanmer Springs to lick her wounds. The last thing she expects is for a series of murders to occur in the township. As each crime unfolds, Holly and her sister Crystal must roll up … END_OF_DOCUMENT_TOKEN_TO_BE_REPLACED 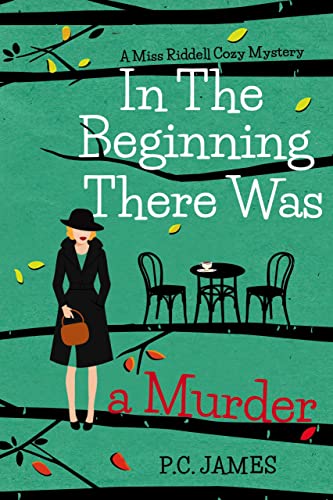 A secret liaison. A baffling murder. Can one woman solve the crime without joining the body count? Northern England, 1953. Pauline Riddell has grand ambitions for her future at the armament factory. So, when her closest workmate reveals a salacious affair with a married man, Pauline refuses to risk her career by listening to the scandal. But she’s shaken to … END_OF_DOCUMENT_TOKEN_TO_BE_REPLACED 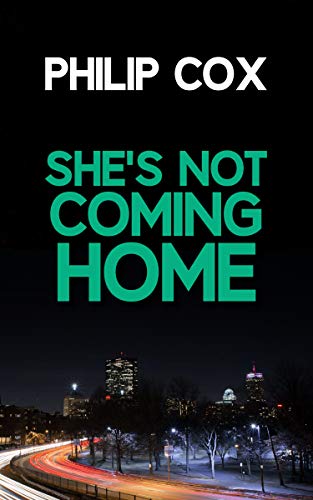 Suppose your wife leaves work but never arrives home; you call, only to find nobody there has heard of her. If she doesn’t work there, where has she been going? Matthew Gibbons thought he had it all – a house in a leafy Boston suburb, his wife Ruth and a beautiful son. But when one evening, after texting him ‘leaving … END_OF_DOCUMENT_TOKEN_TO_BE_REPLACED 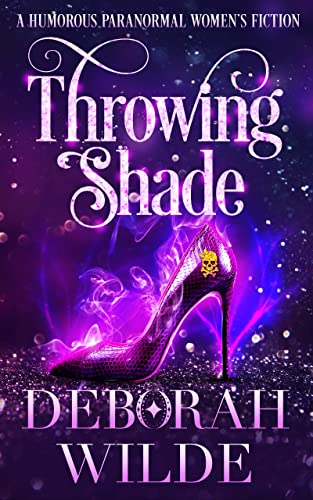 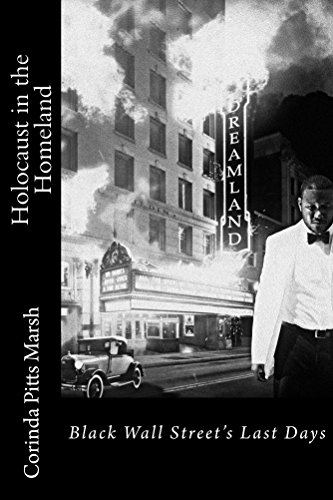 Soon to be in movie theaters, Holocaust in the Homeland tells the story of one of the darkest days in US history. Envious locals in Tulsa dubbed the Greenwood section “Black Wall Street” because of its economic success, but that success was obliterated by a riot in 1921. The riot completely razed Greenwood, destroying the lives of its 10,000 residents. … END_OF_DOCUMENT_TOKEN_TO_BE_REPLACED 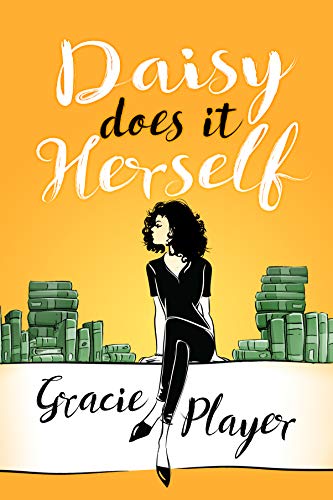 Sometimes, the Last Place You Intended to Go is Exactly Where You Need to Be. When 26-year-old Daisy’s life in London comes crashing down around her, the only thing she can think of is getting away – far away. That’s how she found herself stumbling off a train in England’s picturesque Peak District – 150 miles from home, with no … END_OF_DOCUMENT_TOKEN_TO_BE_REPLACED 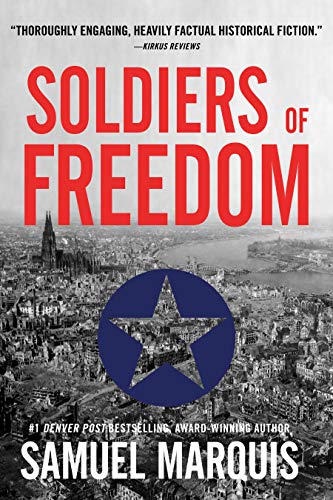 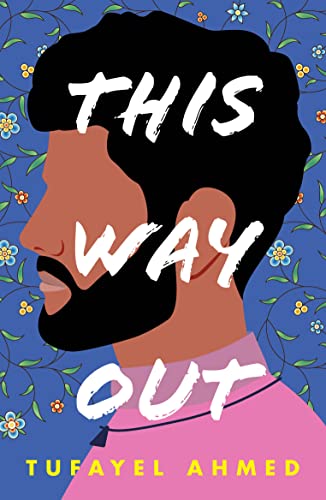 It’s time everyone knew the truth, and what better way to announce you’re getting married (and gay) than on your family WhatsApp group? Amar can’t wait to tell everyone his wonderful news: he’s found The One, and he’s getting married. But it turns out announcing his engagement on a group chat might not have been the best way to let … END_OF_DOCUMENT_TOKEN_TO_BE_REPLACED 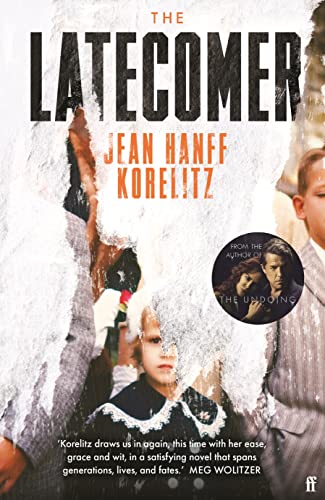 ‘Sparkling… funny, it is also cutting, a nearly forensic study of family conflict… both compulsively readable and thought-provoking.’ New York Times The Oppenheimer triplets have been reared with every advantage: wealth, education, and the determined attention of at least one of their parents. But they have been desperate to escape each other ever since they were born. Now, on the … END_OF_DOCUMENT_TOKEN_TO_BE_REPLACED 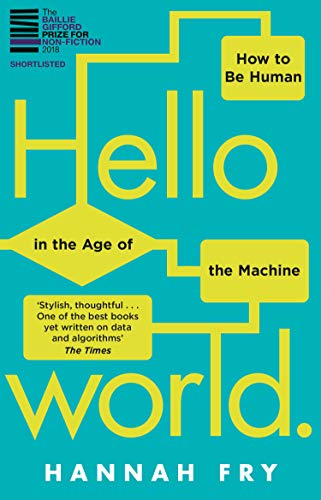 _______________ ‘One of the best books yet written on data and algorithms. . .deserves a place on the bestseller charts.’ (The Times) You are accused of a crime. Who would you rather determined your fate – a human or an algorithm? An algorithm is more consistent and less prone to error of judgement. Yet a human can look you in … END_OF_DOCUMENT_TOKEN_TO_BE_REPLACED 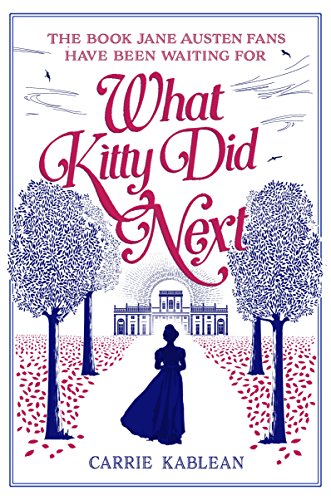 If you loved Pride and Prejudice, you will love What Kitty Did Next England, 1813. Nineteen-year-old Kitty Bennet lives in the shadow of her two eldest sisters, Elizabeth and Jane, who have both made excellent marriages. No one expects Kitty to amount to anything. Left at home in rural Hertfordshire with her neurotic and nagging mother, and a father who … END_OF_DOCUMENT_TOKEN_TO_BE_REPLACED 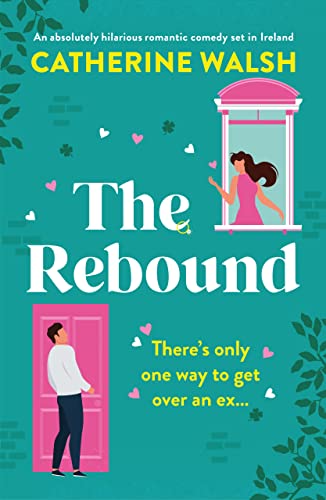 ‘OMG this book was just what I needed… Kept me turning the pages and reading late into the night… It was like drinking a great big warm mug of hot chocolate, I just loved it.’ Reading Time at the Zoo ⭐⭐⭐⭐⭐ A newly single girl. A tall dark handsome stranger. What could go wrong? It’s 7 a.m. on a Monday … END_OF_DOCUMENT_TOKEN_TO_BE_REPLACED 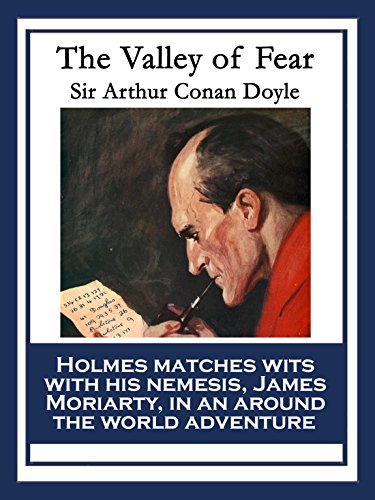 In ‘The Valley of Fear’, Sherlock Holmes once again matches wits with the most brilliant criminal mastermind of all time, Professor James Moriarty. Holmes and Watson receive a coded message that leads them to a murder in a castle and an adventure that will range half way around the world. 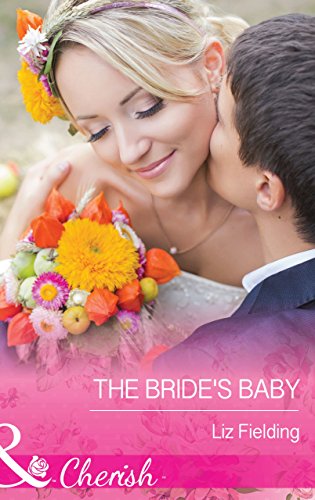 The wedding of the season! Events manager Sylvie Smith is organizing a glittering fund-raising event: a wedding show in a stately home. She has even been roped into pretending to be a bride… a bride who’s five months pregnant! The bride everyone is talking about! It should be every girl’s dream to design a wedding with no expense spared, but … END_OF_DOCUMENT_TOKEN_TO_BE_REPLACED 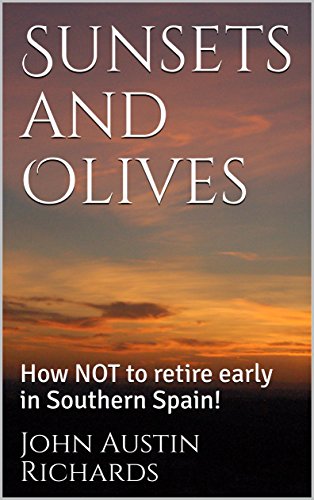 The light-hearted story of one British couple’s adventures amid the olive trees of Andalucia. From dodgy estate agents to crazy Spanish neighbours, English translators who speak no English, to the local rodent population, and house clearances Spanish-style. Learn how to repair an ancient Spanish roof using only wardrobe doors and empty dog-food sacks. Meet Leopard-skin Woman, Pirate Pete, and Ferret … END_OF_DOCUMENT_TOKEN_TO_BE_REPLACED 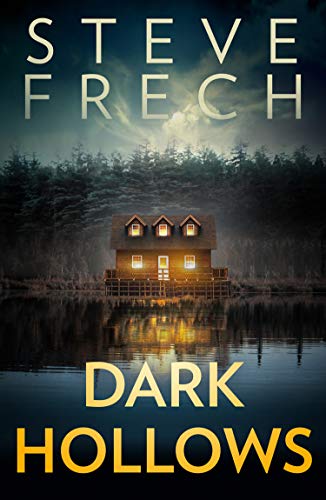 ‘Wowzers, what a read… I absolutely LOVED this book… An unputdownable page turner of a read.’ Ginger Book Geek, 5 stars Jacob Reese enjoys the quiet life, running a coffee shop and renting out his cottage in The Hollows, Vermont. But the calm is shattered when a woman who looks eerily similar to his ex-girlfriend Laura turns up to stay … END_OF_DOCUMENT_TOKEN_TO_BE_REPLACED 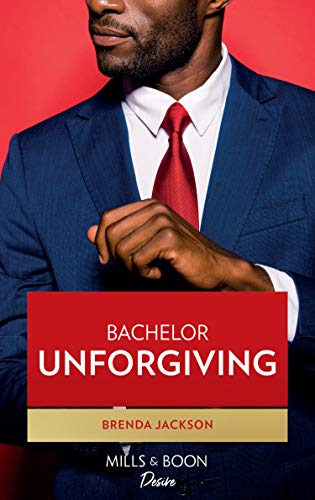 Passionate payback They say you can forgive but you can never forget. Virgil Bougard takes that saying to heart. Four years ago Kara Goshay believed a vicious lie about him and ended their relationship. And even after her apology, Virgil is still bitter. He doesn’t intend to make things easy for Kara when family’s firm hires her PR company to … END_OF_DOCUMENT_TOKEN_TO_BE_REPLACED 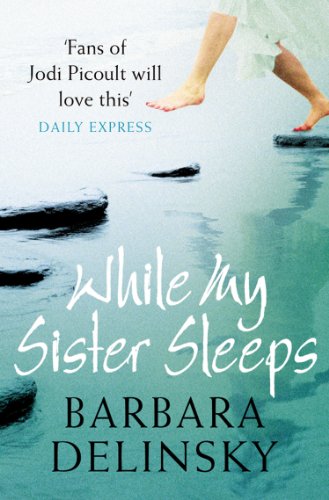 Perfect for fans of Jodi Picoult, a tale of personal tragedy, human resilience and the healing power of family love. Robin Snow has everything to live for. By her early thirties she’s a world class marathon runner at the peak of her career. Then, tragedy strikes. Whilst training, she suffers a heart attack, leaving her brain-dead and on life-support. The … END_OF_DOCUMENT_TOKEN_TO_BE_REPLACED 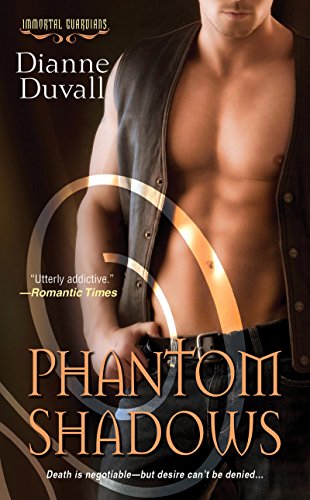 THE NEW YORK TIMES AND USA TODAY BESTSELLER Dianne Duvall lures readers into a world of romance and suspense, where love can mean the difference between life and death. . . Dr. Melanie Lipton is no stranger to the supernatural. She knows immortals better than they know themselves, right down to their stubborn little genes. So although a handsome rogue … END_OF_DOCUMENT_TOKEN_TO_BE_REPLACED 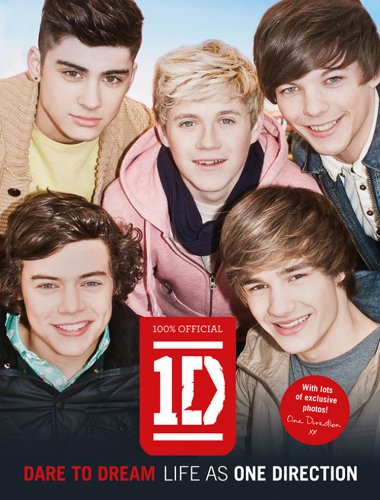 Join the UK’s hottest new boyband on their rollercoaster ride to superstardom, with the follow-up to the Number 1 bestselling book One Direction: Forever Young: Our Official X Factor Story In 2010 they were just five normal boys, who didn’t even know each other, dreaming of being up on stage, with fans screaming their names… so much has happened for … END_OF_DOCUMENT_TOKEN_TO_BE_REPLACED 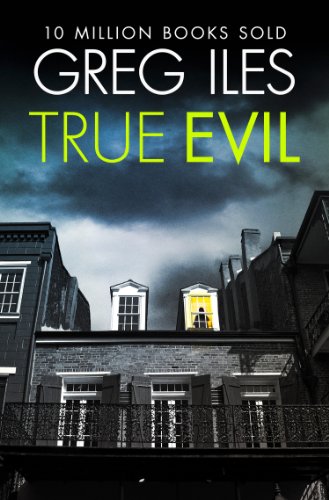 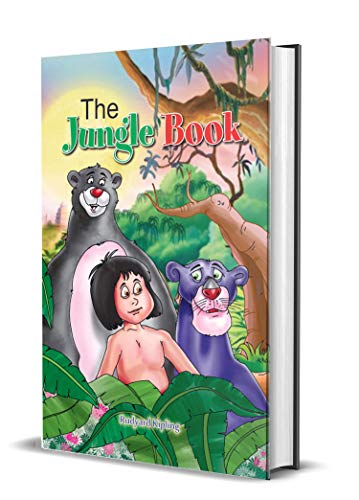 The Jungle Book (1894) is a collection of stories by the English author Rudyard Kipling. Most of the characters are animals such as Shere Khan the tiger and Baloo the bear, though a principal character is the boy or “man-cub” Mowgli, who is raised in the jungle by wolves. The stories are set in a forest in India; one place … END_OF_DOCUMENT_TOKEN_TO_BE_REPLACED 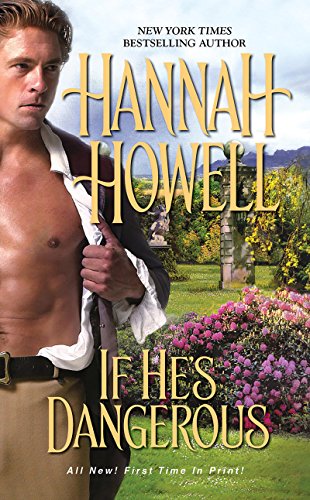 This paranormal Regency romance by the New York Times bestselling author “will have readers beaming from the first page to the last” (Publishers Weekly, starred review). England, 1790. When Lorelei Sundun first finds Sir Argus Wherlocke in her garden, she’s never heard of the mysterious Wherlocke clan, or their otherworldly abilities. That changes the moment she watches Argus—the most tantalizing … END_OF_DOCUMENT_TOKEN_TO_BE_REPLACED 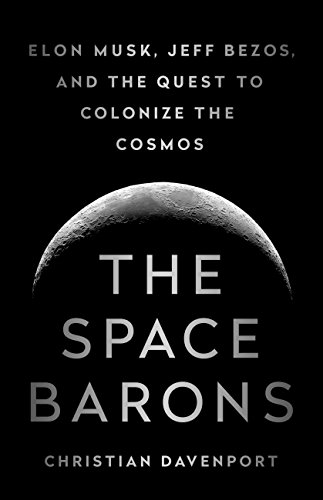 The historic quest to rekindle the human exploration and colonization of space led by two rivals and their vast fortunes, egos, and visions of space as the next entrepreneurial frontier The Space Barons is the story of a group of billionaire entrepreneurs who are pouring their fortunes into the epic resurrection of the American space program. Nearly a half-century after … END_OF_DOCUMENT_TOKEN_TO_BE_REPLACED