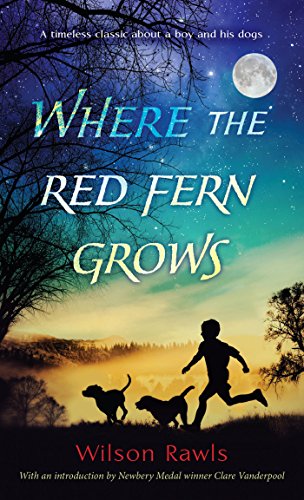 A beloved classic that captures the powerful bond between man and man’s best friend.   Billy has long dreamt of owning not one, but two, dogs. So when he’s finally able to save up enough money for two pups to call his own—Old Dan and Little Ann—he’s ecstatic. It doesn’t matter that times are tough; together they’ll roam the hills … END_OF_DOCUMENT_TOKEN_TO_BE_REPLACED 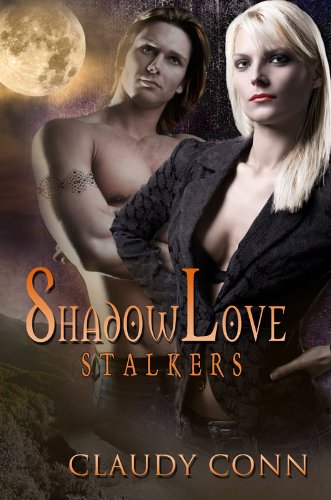 What do you do when your father wants to turn you into a vampire and the man who offers you protection has his own, dark agenda? Shawna Rawley has no choice but to run. Pentim Rawley, one of the most evil vampires who has ever lived, has just discovered that she is his daughter. Now he’s obsessed with finding and … END_OF_DOCUMENT_TOKEN_TO_BE_REPLACED 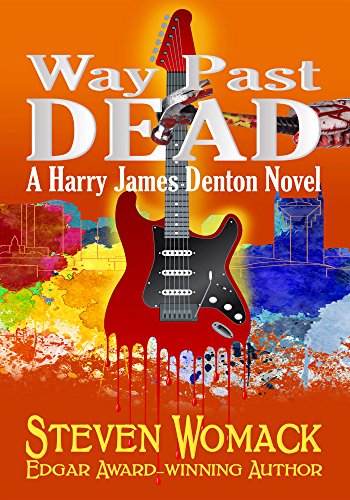 HEARTS AREN’T THE ONLY THING BROKEN IN THE WORLD OF COUNTRY MUSIC… Music City P.I. Harry James Denton has a deep, dark secret that’s dangerous to admit in Nashvegas… He’s not a huge fan of country music. But when rising country music star Rebecca Gibson is found beaten to death, a heap of damning evidence points to her ex-husband and … END_OF_DOCUMENT_TOKEN_TO_BE_REPLACED 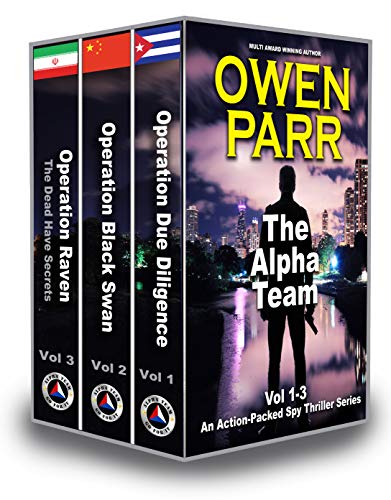 An Explosive Trio of Best-selling International Spy Thrillers at a Dynamite Price. Ex-CIA, ex-Delta Force, ex-FBI, ex-SEALs…The elite tactical force known as The Alpha Team is in the business of security and intel. There’s a little something here for everybody—love, revenge, technothrills, past life regression—as the Alphas crisscross the globe foiling military coups and assassination plots, taking down drug smugglers, cyber … END_OF_DOCUMENT_TOKEN_TO_BE_REPLACED 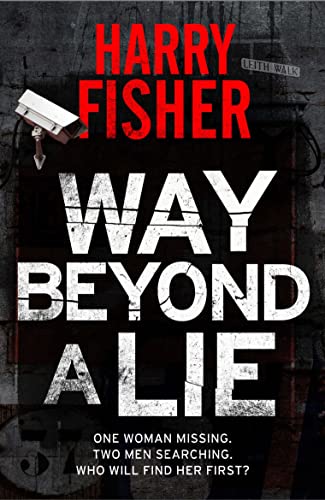 Ideal for fans of James Oswald, M.W. Craven and JD Kirk, Way Beyond A Lie is the first in the brilliant new crime series by Harry Fisher, starring Edinburgh detective Mel Cooper. She takes no crap, not even from the bad guys. The prequel to the DI Mel Cooper Series, Harry Fisher’s fast-paced story of betrayal, international fraud, and murder … END_OF_DOCUMENT_TOKEN_TO_BE_REPLACED 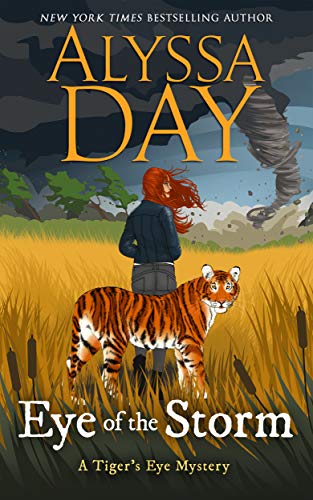 A monster hurricane, a series of thefts, and a rogue vampire are all trying their darndest to smash Dead End, Florida into pieces — and then another dead body shows up. What are a pawn shop owner and tiger shifter PI to do? With Hurricane Elvis — the “storm of the century” – bearing down on Dead End, Florida, Tess, … END_OF_DOCUMENT_TOKEN_TO_BE_REPLACED 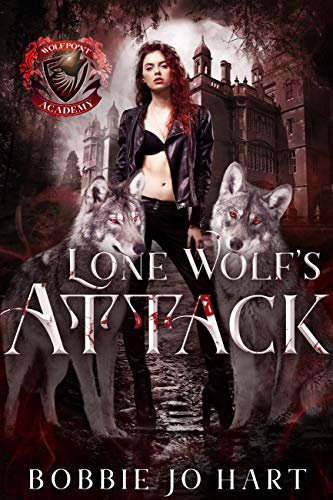 Werewolves are anything but a fairytale for Melanie Lopez. Men with wolves in them are as vicious and rabid as they come, for only wild animals can truly tame their beasts. Women who carry wolves get ripped up from the inside out, unable to shift and sentenced to a painful death. Mel’s mother is on her deathbed, fighting back her … END_OF_DOCUMENT_TOKEN_TO_BE_REPLACED 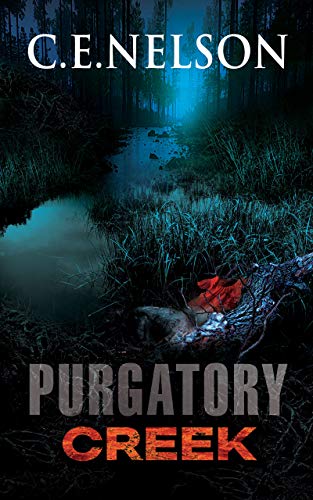 A tangled Trask Brothers thriller you will want to read in one sitting. He knew. There was only a scrap of red material, but he knew. Don Trask, Lead Agent for the Minnesota Bureau of Criminal Apprehension, had no doubt what it was. For five years he had locked away the haunting memories associated with his most difficult case, the … END_OF_DOCUMENT_TOKEN_TO_BE_REPLACED 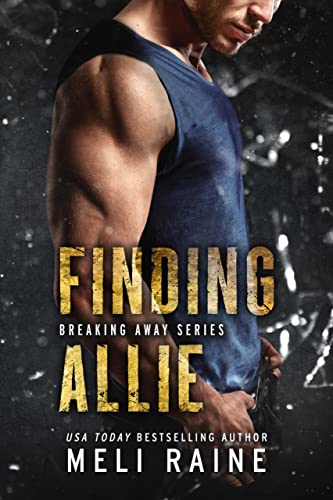 Chase Halloway’s father is the president of Atlas, the drug dealing motorcycle gang that terrorizes most of our desert town. My stepfather turns out to be a rival drug dealer, and I’m pretty sure he killed my mom two years ago. I’m not supposed to fall in love with Chase. He’s not supposed to know I even exist. But when … END_OF_DOCUMENT_TOKEN_TO_BE_REPLACED 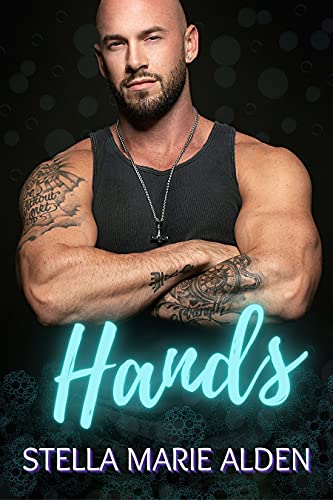 They swore she was a saint. They were so wrong. If you love Suds & Sam and you adore hot bodyguards, don’t miss this one. “Your last name is Hand?” “Yeah. Got a problem with that?” My grin widens. “Why can’t it be both?” Watch over Sam’s holy-roller cousin? Sure, I said, why not? She may be gorgeous but I … END_OF_DOCUMENT_TOKEN_TO_BE_REPLACED 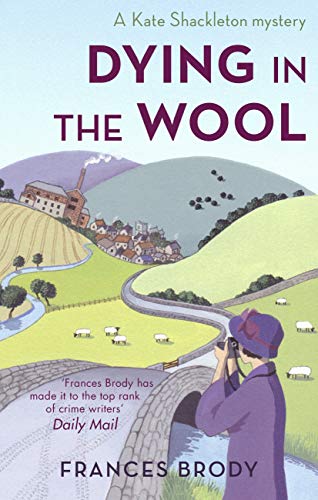 The first mystery in the bestselling Kate Shackleton crime series! A Golden Age murder mystery set in 1920s Yorkshire, perfect for fans of Agatha Christie and Jacqueline Winspear. Take one quiet Yorkshire Village, add a measure of mystery, a sprinkling of scandal and Kate Shackleton – amateur sleuth extraordinaire! Bridgestead is a quiet village: a babbling brook, rolling hills and … END_OF_DOCUMENT_TOKEN_TO_BE_REPLACED 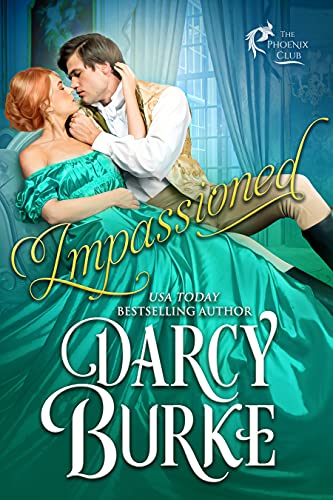 Society’s most exclusive invitation… Welcome to the Phoenix Club, where London’s most audacious, disreputable, and intriguing ladies and gentlemen find scandal, redemption, and second chances. In nearly two years of marriage, Sabrina Westbrook has barely spoken to her husband and shared a bed even less. Both activities would require they actually live together. As it is, the Earl of Aldington … END_OF_DOCUMENT_TOKEN_TO_BE_REPLACED 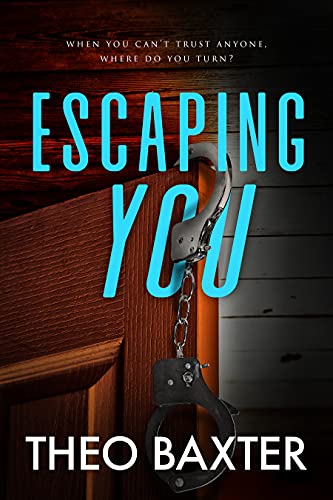 When you can’t trust anyone, where do you turn? Thriller novelist Amelia Case specializes in police procedurals. But ever since her cop husband Robert had an affair with his partner, she’s not only hit a wall with her writing but also in their relationship. Her ultimatum to him meant a return to Boston, but even there, their relationship is on … END_OF_DOCUMENT_TOKEN_TO_BE_REPLACED 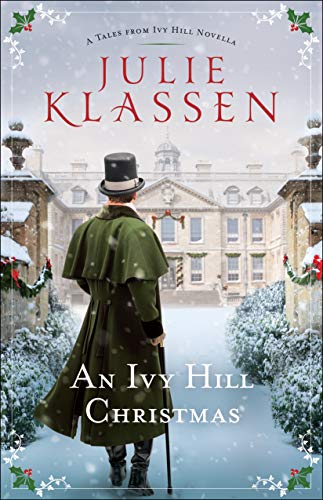 Richard Brockwell, the younger son of Ivy Hill’s most prominent family, hasn’t been home for Christmas in years. He prefers to live in the London townhouse, far away from Brockwell Court, the old family secret that haunts him, and the shadows of his past mistakes. But then his mother threatens to stop funding his carefree life–unless he comes home for … END_OF_DOCUMENT_TOKEN_TO_BE_REPLACED 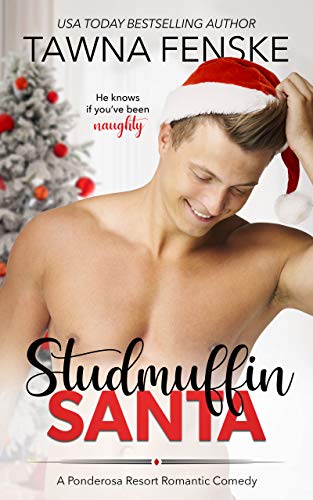 Ugh, Christmas. Not a fan. So why am I wearing a Santa suit and letting frisky moms paw me at a reindeer ranch? It might have something to do with the family crisis that drew me home between tours as a career Marine. Or maybe it’s my urge to cozy up with the prickly reindeer rancher whose curves give me … END_OF_DOCUMENT_TOKEN_TO_BE_REPLACED 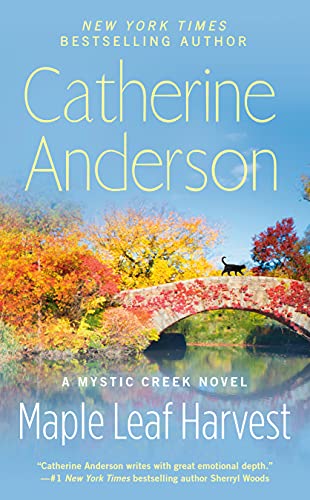 Love and new beginnings blossom in Mystic Creek, Oregon, from the New York Times bestselling author of Huckleberry Lake.   Lane Driscoll has been having nightmares where she’s chased by a strange man. When she has a threatening run-in with someone who looks just like the man from her dreams, she decides to leave her hometown until she figures out … END_OF_DOCUMENT_TOKEN_TO_BE_REPLACED 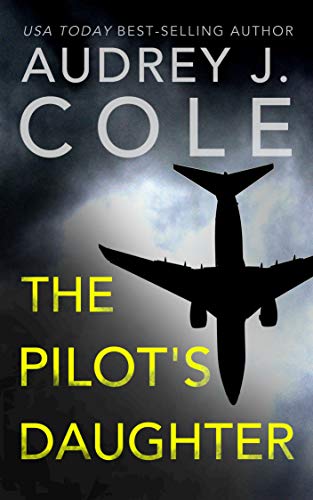 Welcome aboard Pacific Air Flight 385, with nonstop service from Seattle to Honolulu. Cora is scared to fly again after her husband died in a recent helicopter crash in Pago Pago. A thousand times she has told herself to turn around, not get on the flight, go back to her young children. But now, she’s seated in first class across … END_OF_DOCUMENT_TOKEN_TO_BE_REPLACED 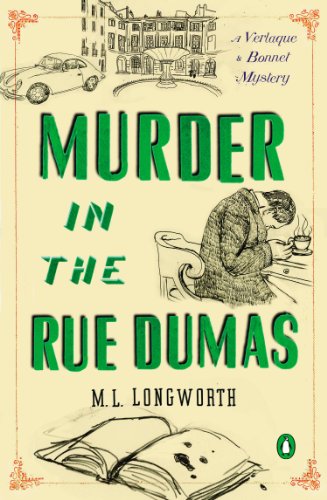 When a shocking murder rocks the theology department at Aix-en-Provence’s university, chief magistrate Antoine Verlaque is on the case Provençal Mystery Series #2 Watch the series! Murder in Provence is now on Britbox. When Dr. Georges Moutte is found mudrered, investigator Antoine Verlaque is stumped. Certainly the director of theology at the Université d’Aix had his enemies. Moutte was just … END_OF_DOCUMENT_TOKEN_TO_BE_REPLACED 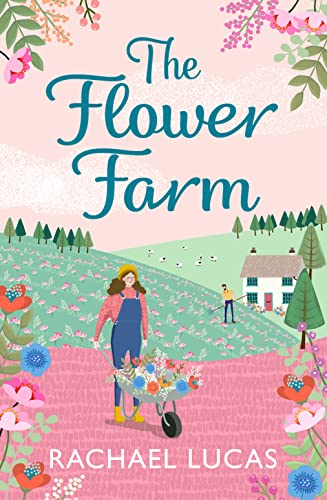 Beth Fraser is a single mum of twins with a blooming flower farm business. The last thing she needs is Jack MacDonald landing with a crash in the middle of her precious baby plants – so it’s no surprise that they get off to a rocky start. Beth’s spent the last few years growing her business, turning the overgrown walled … END_OF_DOCUMENT_TOKEN_TO_BE_REPLACED 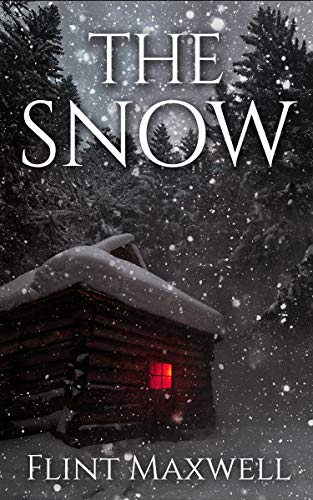 This is how the world ends: with a single snowflake. After a tragic accident at work, all Grady Miller wanted was an escape. He finds it months later with two of his closest friends. Together, the three of them travel south to Prism Lake for the upcoming holiday, where they plan on spending the sunny weekend drinking, grilling, and relaxing. … END_OF_DOCUMENT_TOKEN_TO_BE_REPLACED 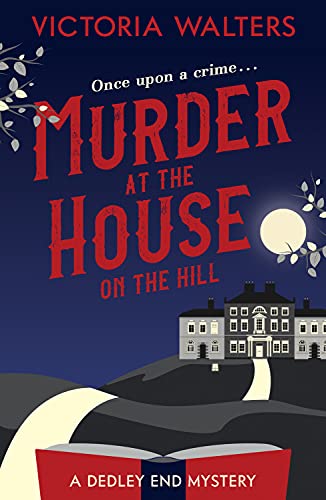 ‘Superb sleuthing! I thoroughly enjoyed my trip to Dedley End and can’t wait to go back!’ Heidi Swain, author of The Cherry Tree Café Once Upon a Crime… Nancy Hunter and her grandmother Jane Hunter run the Dedley Endings Bookshop, selling crime, thriller and mystery books, in a small, quiet Cotswold village where nothing ever happens… That is, until the … END_OF_DOCUMENT_TOKEN_TO_BE_REPLACED 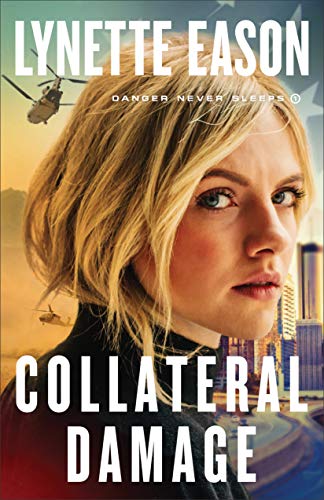 Honorably discharged from the Army after an explosion nearly killed her, former military psychiatrist Brooke Adams has set up shop to help others–but her days of helping military personnel are over. She’s got her own battles to fight from her time overseas, and she’s not equipped to take on more. Former Army Special Ops Sergeant First Class Asher James could … END_OF_DOCUMENT_TOKEN_TO_BE_REPLACED 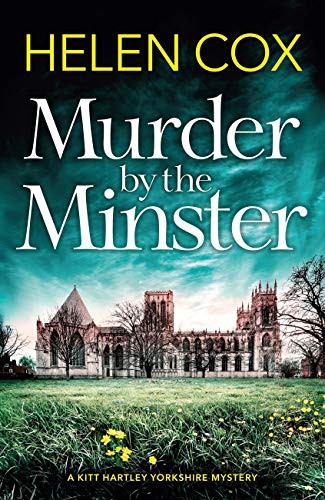 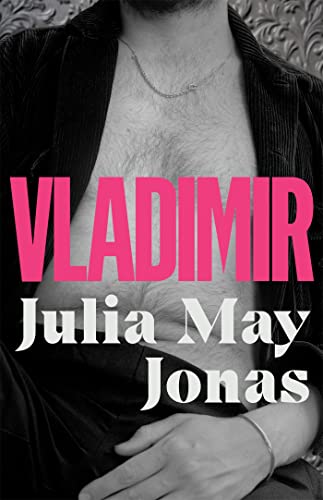 by Julia May Jonas

‘Deliciously dark American debut’ – The Guardian A provocative, razor-sharp, and timely debut novel about a beloved English professor facing a slew of accusations against her professor husband by former students – a situation that becomes more complicated when she herself develops an obsession of her own . . . When I was a child, I loved old men, and … END_OF_DOCUMENT_TOKEN_TO_BE_REPLACED 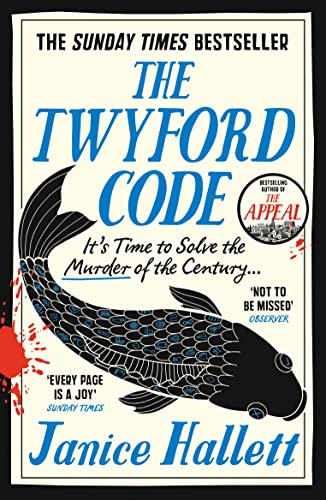 THE PHENOMENAL PAPERBACK BESTSELLER FROM THE QUEEN OF COSY CRIME Can you crack the Twyford Code? ‘Every page is a joy. The queen of unreliable narrators’ SUNDAY TIMES ‘Brilliant – a mind-bending, heartwarming mystery not to be missed’ OBSERVER Edith Twyford was once a world-famous children’s author, but now her only legacy is the rumoured existence of the Twyford Code: … END_OF_DOCUMENT_TOKEN_TO_BE_REPLACED 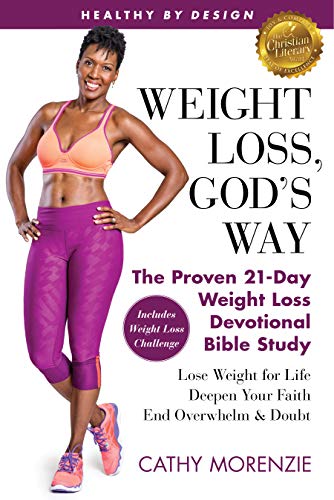 Discover an all-new weight loss approach with simple, easy-to-follow, daily readings and activities inside this 21-day devotional bible study workbook. Uncover the patterns that have kept you overwhelmed and overweight, plus how to break those strongholds. End your cravings along with any guilt and shame cycles by applying powerful biblical truths to set you free for life! Tens of thousands … END_OF_DOCUMENT_TOKEN_TO_BE_REPLACED 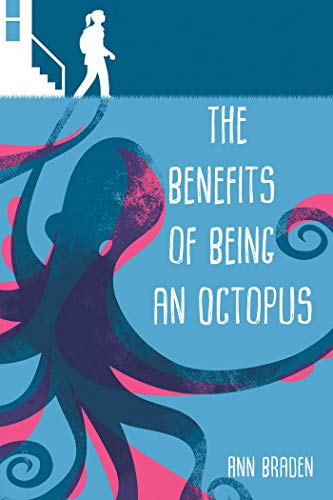 £1.99   £8.74
Get Deal Get Deal
Remove filters
eBook Deals are valid for only A FEW DAYS!
Sign up now to don't miss book deals anymore